The Chief Mechanic and the Operator

Recently, the industrial company ‘World Ltd’ bought from the Japanese firm ‘Sora’, the latest electronic machinery, ‘with cutting-edge technology’. Japanese engineers assembled it and gave it a test work-out. At the same time, they trained the operator.

The inauguration of the new machine started with a formal ceremony. The whole of the Board of Management of the company was present.

‘We must be very proud’, said the CEO with great satisfaction, ‘of the company’s new acquisition’. ‘We have nothing like it in our factory’, the Managing Director hastened to add. ‘Sora, which means ‘heaven’ in Japanese, has given us the best it has’.

The CEO wasn’t paying attention and stood up to meet the priest who was coming in, cutting off the Managing Director in full flow. 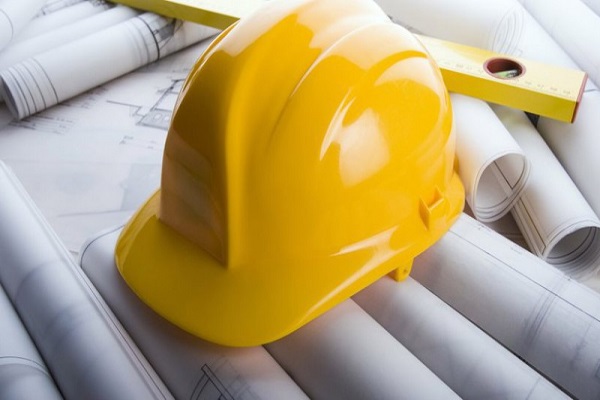 The invitation to the priest had been at the insistence of the CEO. Was it the high cost of the machinery that led him to seek divine assistance? We can’t know. What is certain is that the CEO absolutely insisted, on the pretext of creating a more festive atmosphere, on beginning the ceremony with a service of blessing.

When the priest had performed this, the usual speeches began. The importance of the machinery was emphasized on all sides and high hopes were expressed for it. Thereafter, the operator of the machine, Adam Worldson was introduced, and much was made of his technical abilities. The head of the Japanese delegation then handed over to the operator a gold-bound book of instructions on how to operate the machinery. In his brief address, he drew the attention of the operator to his obligation to follow the instructions in the book meticulously. Finally, the Chairman of the Board, under the supervision of the operator, started the machinery. Champagne was opened and a sumptuous buffet was provided.

At first, the machinery worked splendidly. But the absolute perfection of the way it ran bored the operator. Idleness awoke the demon in him and compelled him to find a new way of making the machinery more effective. It occurred to him that the only prohibition contained in the book was probably put there deliberately by the Japanese so that the machinery they sold to foreigners would be less effective and therefore unable to compete with their own. Why else, he reasoned, would the Japanese have drawn his attention so formally to the need to follow the instructions religiously, instead of just giving him the book in private? Why hadn’t he thought of it at the beginning! There was certainly something suspicious about their behaviour.

And so the fatal mistake was made.

Of course, the machinery didn’t stop working. But it wasn’t the same as before. Needless to say, the operator blamed the Japanese for the dysfunction.
‘They’re at fault here’.
‘All the more reason for them to come and fix it’, said the Managing Director.
‘And what am I here for?’, asked the operator confidently. ‘It’s a matter of professional pride for me’. Again the demon did its work. The Managing Director was persuaded not to write to Japan.

But days passed by and the machinery went from bad to worse. When the Managing Director commented on this again, Worldson answered that it was only a matter of time.

From his tone, however, it was clear that he was less confident than he had been. And it was this that led the Managing Director to write to Japan. The Japanese, in turn, told their agency. When their engineers turned up at the factory, the operator was affronted and showed them the door. But after the Japanese firm received the report from its team, it ordered them to go back to the factory. They were told, in fact, that this case was of particular interest to the parent company.

Through their renewed efforts, the engineers managed to partially repair the machinery, despite the objections of the operator. But it was too far gone for the agency engineers to repair it completely.

In the meantime, the business of the machinery was of intense interest to the ‘Sora’ company. It was the most carefully planned and most perfectly executed of all the things they made. They couldn’t allow the situation to go on as it was. So when they got the news from their agency that that the machinery couldn’t be repaired, they decided to send their chief engineer, who just happened to be the person who had designed it in the first place.

When Worldson heard this, he was infuriated. He felt that he was being terribly insulted by this development. This feeling was intensified by the fact that, strangely, he increasingly considered the machinery to be his own. To the extent that he actually started to be believe that its dysfunction was no mistake, but really the best possible way for it to run. He demanded that the whole of the factory’s production be adapted to the machinery’s new mode of operation.

He did everything he could to get rid of the chief engineer. In his despair he actually attempted, through cunning ploys and promises, to get him on his side and make him abandon his mission.

In the end, though, the chief engineer stuck to his guns. His love for his machinery and his pain at seeing this wonderful creation operating in a way different from what had been intended and the specifications on which it had been built were so strong that nothing could stand in his way. So he repaired the damage and brought the machinery back to its normal mode of operation.

The police bulletin in the morning newspapers the next day headlined the unexplained murder of the chief engineer of ‘Sora’, and the suicide of operator Worldson. According to the bulletin, it was not yet clear whether there was any connection between the two events. According to a message left by the suicide, he died ‘because his dignity had been affronted’ and so far this is the only evidence in the case.