The Hope in Christmastide Despair

Christmas is coming and, as has increasingly been the case in recent years, texts are published which decry the fact that the meaning of the feast has been lost and that excessive consumerism is now the order of the day.

But if we strip these feast days of their folk traditions, the parties, the opportunity for a few days off and the family get-togethers which are a ‘must’, what will be left to remind most people that it’s Christmas?

My question has nothing to do with the justified irritation behind this complaint. But we’d like to put forward the thought that perhaps we might find it in our heart to recognize that all of this is now part and parcel of the feast and no amount of grumbling is going to alter it. The most that can be done is to register in writing the lack of meaning, and to deepen the sense of spiritual poverty and emotional sterility which is involved in the artificial lustre of the period. 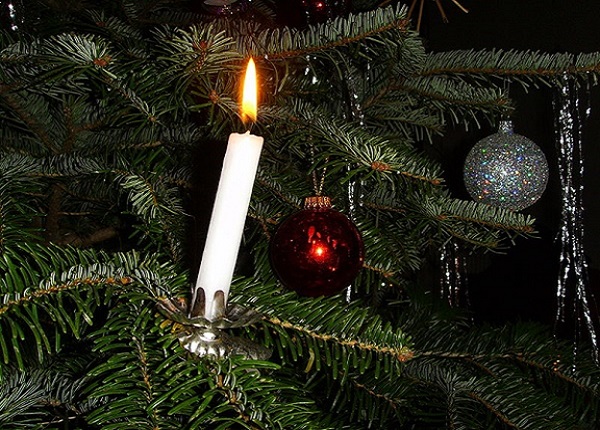 Obviously a consumer boom isn’t the natural expression of a happiness which demands an outlet. It’s more of a stimulant for a joy that has no reason or for a meaning which would not be able to itself spontaneously. The bright lights of the wilderness that is the impersonal city struggles to cast a pall over obligatory good humour which borders on manic elation. But nothing can conceal the depression which peaks at this time, the increased number of suicide attempts, the ‘match-stick girls’ who are more visible than ever. On a spiritual level, how far away is any one of us from this?

It’s easy to become maudlin. The next step is usually to have recourse to the illusion of ‘the good old days’ until the period’s over and we can return to the comfort of our routine.

But let’s not dwell on miserable thoughts, however true they may be. If we refuse to be depressed by the disappointment brought on by the contemplation of these phenomena and instead look at what underpins them, in psychological terms, we might come up with some interesting revelations.

No matter how we try to smother the cry of our existential angst, be it with noisy parties, or behind a mask of fantastical and artificial ebullience, disguised despair remains our real, dominant emotional state. Experts know very well the defensive, bulimic tendency of depressed people who attempt to cover up the vacuum they feel on an emotional level by engaging in ‘oral satisfaction’ such as shopping sprees. A typical example is a wife who attempts to relieve the depressive anxiety of her emotional sterility by scouring shops. The same mechanism pushes us to express ourselves through unnecessary purchases in an effort to avoid the feeling of our inner vacuum and our miserable mood.

What is it that makes almost all of us melancholy and, of necessity, participants in this fabricated and spurious jollity which is so typical of the holiday period? If Christianity were simply a feast of the winter solstice, as 25 December was in pre-Christian times, then perhaps there’d be no point to these thoughts and deliberations. We could relax in the silent agreement that some escape from routine is necessary and could therefore come to terms with surrendering to the need for the festivities. Indeed, the more this respite hardens us, the more the tragic element of our routine existence is covered up.

But on a deeper level, the demand for redemption from decay, time and necessity can’t be met through participation in individual, institutionalized rituals, because though these may be enjoyable, in the end they’re always damaging. How much joy is to be had from a feast supposedly celebrating the nativity of Him Who could redeem us from the slavery of spiritual bondage and our existential misery if only we hadn’t already cast Him out of our life and of any meaning it has? What wedding party can justify the celebrations and the excess of conviviality, if the groom’s kicked out? Marriages like that are more like funerals where the splendid atmosphere has more to do with the guilt of the parties concerned than with love and hope centred on Christ.

It may be that the veiled melancholy of our times is concealing the guilty mourning over the ostracising of our incarnate hope: the pre-eternal God Who ‘became a child’ and seeks a manger in our heart, to transform it, as a guest of ours, into the house of His Father.

Despite the degeneration, there’s something positive and hopeful about this ever more secular atmosphere for the feast. The more we pretend to celebrate it, drowning it in neon lights and plastic baubles, the more empty and bitter the taste it’ll leave. And the more the people ‘dwelling in darkness’ will start to seek the Great Light, Who, in their collective subconscious, they remember that they once knew. It may be that they’ll then again seek the star that leads to the manger. To the personal manger of each one of us, in which, however, lowly and dirty it may be, Christ will consent to come and dwell and transform into the body of the Kingdom of Heaven.

Until then, let those of us who’d rather be closer to the manger than to Herod’s palace try to experience the feast and live our lives in such a way that, should anyone ask us about the star of the Magi, or see us on our own journey, they’ll also find the true path. Then the joy of the feast will find its true meaning and authenticity. Then, instead of the false consolation of watching television variety shows, we may find ourselves able to enjoy our merry and genuine participation in the festal hymn: ‘Christ is born, glorify Him’.