The husband as head of the wife and his responsibilities

I’ve left the husband to last because he shoulders more of the burdens and is called upon to serve the family. But even in this sense, he’s considered, in our tradition, to be the head of the wife. The responsibilities of the husband as father are incomparably greater for another important reason: the image which children have of their father is projected onto their spiritual father and in the end onto God himself. Any hostility or negative feelings created between children and their father in their childhood years can have disastrous consequences for their Christian life. In rejecting their father, they also reject God the Father.

So the man, as husband and father, has greater responsibilities and obligations towards his wife, his children and society. Indeed, according to Saint Paul’s teaching, he should even sacrifice himself, if need be, in order to save his wife. Pauls’ words which are read at the wedding service are well known: ‘Wives, submit to your own husbands, as to the Lord. For the husband is the head of the wife even as Christ is the head of the church… Husbands, love your wives, as Christ loved the church and gave himself up for her… In the same way husbands should love their wives as their own bodies’. 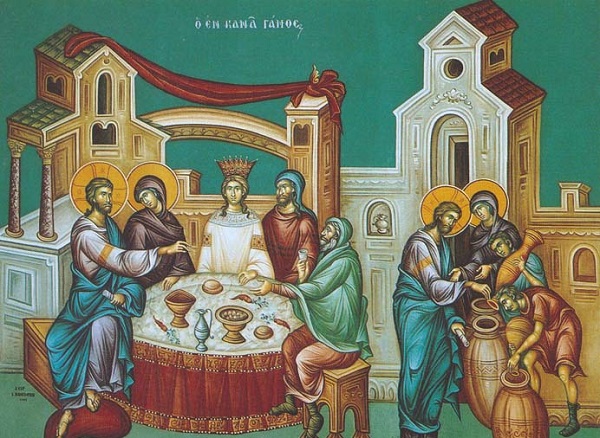 This kind of submission of the wife to her husband, which reflects the social mores of the time, and the characterization of the husband as head of the wife don’t mean that the wife is valued less than the husband. This order isn’t one of dominance or authority, but of service. Just as Christ, Who is the head of the Church, sacrificed Himself for it, so the husband, as the head of the wife, should be patient and should sacrifice himself for her. Relationships between the sexes shouldn’t be see as competitive or conflicting, but should be defined by their relationship to Christ. As members of the body of Christ, both ought to submit to Him. When this happens, each submits to the other with love and humility.

The above refers to the Christian position of the husband within the family. In the social field, however, the husband is considered the more dominant partner because it is he who helps shape developments in society. In other words, he’s privileged.

On the basis of various findings, this view has been roundly challenged over recent years. At the same time, his role within the family has been weakened. It’s been claimed that, while women may be considered hard done by in society, they have the feminist movement and their children as allies. The husband provides for the family financially, but feels that the children side with his wife. In this way he feels ‘isolated’, he becomes glued to the television and doesn’t say much. Sometimes, when he’s feeling especially frustrated, he’ll start shouting. This is an attempt to maintain his standing, in a manner that was traditionally accepted. The results are negligible, especially if the others start shouting, as well. The wife often becomes hostile, the children insolent. And then the only recourse is passive resistance… and flight. He stays away from home for hours on end, intensifying his efforts to draw upon his feelings of strength and self-worth, pursuing the bleak game of success.

What has just been said is an indication of the trends in modern society regarding family relationships and the roles of the members of the family. It should be obvious, therefore, that the pastoral care of the Church can’t rely exclusively on the theological stereotypes of bygone times. Through the breath of the Holy Spirit, which is active in the Church, traditional theological discourse has to engage with modern reality in order to address pressing pastoral needs and to contribute positively to the resolution of family problems.