The One You Don’t See

My recent post on the One God has shown me that there is much more to say on the subject. “We believe in One God…” but do we?

In a recent conversation, someone said to me that they had difficulty believing in “one supreme being who created everything…etc.” Christians don’t actually believe in one supreme being. If this startles you, then read further. 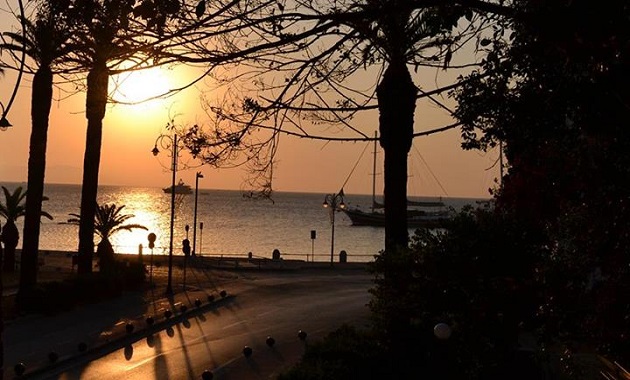 Christians do not believe in “one supreme being,” first because we do not believe in one of anything (or one of something). There is not a class called “supreme beings” to which the God who created everything belongs. There is no class of anything to which He belongs. The God of the Christians is in no way similar to the “gods” of the ancients. Indeed, Zeus, Hera, et al., are actually creatures – they each had a beginning – and the stories of their beginnings are important. They were considered powerful by those who worshiped them, but they were part of the creation itself, in some manner “similar” to all other created things.

The God of the Christians is uncreated. There is nothing to which He belongs.

The word “One,” when used in connection with the God of the Christians, has no mathematical meaning. He is not one in the sense that there could be two or more. He is not one such that He could be counted,multiplied, divided or subtracted. He is One in that He encompasses all that is, but is not defined by anything. He isOone, in that He cannot be divided (and thus be two). He is One, in that to know the One is to know the Whole (though we cannot truly know the One).

One can neither discuss nor understand the One, the Superunknowable, the Transcendent, Goodness itself, that is, the Triadic Unity possessing the same divinity and the same goodness.

If you like paragraphs that say such things, then you would greatly enjoy reading St. Dionysius (Pseudo) the Areopagite, its author. Indeed, this is a fairly normal statement when reading in the Fathers of the 4th and 5th centuries (as well as in many others). Though, for modern Christians, “One God,” means something they think that they understand. “I can understand ‘One God.’ It’s the Trinity that gives me trouble.” Not so.

But if we move away from the question of the One God and begin to think about the One Church, again, everyone immediately assumes a meaning that seems obvious: mathematics. But the Church is One, even as God is One:

I do not pray for these alone, but also for those who will believe in Me through their word; that they all may be one, as You, Father, are in Me, and I in You; that they also may be one in Us, that the world may believe that You sent Me. And the glory which You gave Me I have given them, that they may be one just as We are one… (Jn. 17:20-22).

Birthed into the Church by Baptism, we enter into a new kind of existence. St. Paul hammers at this new existence on the theme of the “one.”

But one and the same Spirit works all these things, distributing to each one individually as He wills.  For as the body is one and has many members, but all the members of that one body, being many, are one body, so also is Christ. For by one Spirit we were all baptized into onebody– whether Jews or Greeks, whether slaves or free– and have all been made to drink intoone Spirit. (1Co 12:11-13) – emphasis added.

These verses have become commonplace in Christian thought – but, just so, we have ceased hearing them and considering how strange they are. What kind of existence is it that I now have, that someone else’s suffering is also my suffering? Christian lives coinhere. We are not a collection or an assemblage. We are not a group of like-minded people, or those who share a common cause. We are not a fellowship. Whatever it is that we are (St. Paul here uses the word “body”), we are one. But we are one in such a manner that we remain differentiated. What kind of one can possibly be many as well as one?

St. Paul speaks of a great mystery, and uses a fitting example. But the fitness of the example has become trivialized in the thoughts of many.

The understanding of the Church as “one,” is also found in the meaning of the world “catholic” (καθολικός). Many today treat the word as though it meant “universal.” Thus the “catholic” Church is the “universal” Church, the Church that is everywhere. It’s meaning is much deeper and rooted in the mystery of the One. To exist καθολικός, is to exist “according to the whole,” that is, everywhere the Church is, the whole Church is there. There is no “local part” of the Church. The Church only exists as One. It is καθολικός. Because the Church is Catholic, it is everywhere the same Church, because it cannot and does not exist as two. It is καθολικός.

As I noted in my earlier article, this creates difficulty for conversations among Christians in the face of themassive schisms that have become the world of modern Protestantism. The conversation is no longer  about the schism between East and West, or between Chalcedonian and Non-Chalcedonian. That conversation was (and remains) between Christians who understand that the Church is καθολικός.

For many, the current plague of schism has become a manifestation of modern diversity. “Different people like different things! Why not different Churches? After all, we’re all really one!”

If we are in Christ, then indeed, we are one. But the mystery of that Divine reality has nothing to do with contemporary denominationalism. If we are in Christ, then if one suffers we all suffer. I suggest (and assert), that we are indeed one, and some, known only to God, are living out the mysterious suffering on behalf of all that preserves us as one beyond our ability to perceive.

I must be careful in asserting that “we are one,” not to be heard saying that there is no trouble. Schisms are real. St. Paul warned of them. A marriage is still a marriage even if a couple lives apart. That they fail to live out the fullness of their lives is tragic but it does not thereby establish a new reality. They are one. Adultery complicates that unity, uniting those who have no right to be present in the marriage. They need to be expelled. There are many schisms and adulteries that mark the lives of Christians in the present day. Beliefs and practices that are, or should be alien to the household of faith, dominate great numbers of the faithful. And I’m not excluding Orthodox Christians from that description.

But the One Church to which we are all called is and always has been a great mystery. Its location may not always be obscure – but even after finding such a place, it is all too easy to discard the mystery and live a fragmented life. The person who feels secure in the correctness of their allegiance stands in great danger of discarding the mystery. Their safety can easily become simply a choice among choices; the Church, a Church among Churches. To find the One Church in the One God is a different thing entirely. I have increasing doubt that the soul can be healed in such a way as to see the One God apart from the One Church. But that is only my increasing doubt.

I always find it difficult to explain to the non-Orthodox, that I accept the Orthodox Church as the One, Holy, Catholic and Apostolic Church because there is no other way to accept and be united with the One Church. Life in the One Church is a mode of existence, and a necessary existence for the knowledge of the One God. To renounce this, or to hold it at some distance, is to renounce the unity that is Christ’s prayer and to embrace the scattered mind of modern man. The healing of my scattered mind is intimately part of my salvation.

What I can say – and what I mean to say in this article – is that our salvation is worked out through union with the One God. The fragmentation and scattered mind of modernity is contrary to the life of salvation. The Church as a multitude of choices, styles and theologies, is not the Church as salvation, as delivered to us in the Scriptures. To stand before the fragmented universe is to confess that a major portion of the journey has yet to be taken. In our many Christian permutations, the One God has become only one god. And he lives in competition with the many gods. Such a god is fittingly worshiped in the many and varied temples of the competing world.

Before the One, True God everything rightly comes to a standstill. There the mind must cease its fragmentation and frenetic scattering and be quiet. Then the journey begins.