The times in which we live are distinguished by a rebellion, unprecedented in history, against any kind of authority or ‘guardianship’. All authority, religious or moral, social or familial is being called into question and is being shaken by a profound crisis. This general crisis also involves education, its values and its aims. Here, too, everything is being doubted, according to the well-known educator Paul Lagran, who said that one has the impression that humanity has severed its bonds and has embarked on an enormous adventure, though we can discern neither the ground on which it’s unfolding nor the aims it’s pursuing.[1] Authority is a symbol of violence and coercion. ‘What’s an authority? What’s a God? Both are an image of a Father and, by definition, fulfill an oppressive function’[2] was written on the walls of the Sorbonne during the student disturbances in May 1968. 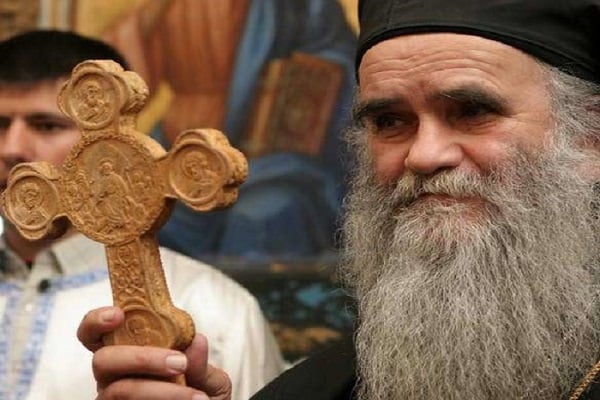 Clearly one of the basic characteristics of this uprising is the patricidal spirit, in a wider sense. Freud also believes that, behind this reaction is the Oedipus complex, that is the secret desire of the child for the father to be removed, since he’s a competitor in the relationship with the mother. By attributing universal significance to the Greek myth so artistically shaped in the tragedies of Sophocles, Freud claims that this complex reflects the ‘subconscious’ of the whole of humankind. This secret desire for patricide, by which Freud explains the libido, is expanded even further through the notion of the ‘Sadistic father’, who, as an agent of violence, threatens ‘my’ person and ‘my’ integrity and who therefore must be done away with so that ‘I’ can exist. When this same idea was transferred onto all authority, particularly to God as the source of all authority and therefore of education, it acquired a metaphysical significance and intimidating dimensions. You get the impression that the atomic bomb exploded first among the whole of the human race and only later in Hiroshima. And this is, indeed the case, but, within people’s spiritual and psychological world, the first thing that happens is an extended process which, in an invisible manner, disturbs the cohesion and all the strata of the soul, both on the individual and collective level. This upheaval manifests itself in a particular way through modern atheism and secularization, but even more so through revolutionary terrorism, which these days is acquiring global dimensions. Today’s secularism, especially the atheist type, does not merely deny inherited social structures, but proclaims God to be the cause of all hereditary, dehumanizing structures. This idea concerning God appears to be the culmination of our alienation from ourselves. So, modern ‘liberating’ atheism, especially since Hegel, Marx, and Freud, takes the relationship between ourselves and God as being one of ‘Master’ and ‘slave’. This idea of God is the culmination of all prohibitions and every form of subjugation. God and Caesar are images of one another, which is why our fundamental need is to liberate ourselves from both and from anything at all which derives from them.

The problem is so profound and serious that it’s not easy for us oppose. The patricidal spirit, whether referring to God, parents, or any other authority or value from the past, is expressed consciously or otherwise, in many and varied ways. Where are its roots to be found? They make up an entire complex and are difficult to discern, because they are related to the whole historical body of facts concerning our existence. All we can do here is touch upon the basic motifs, the roots of this destructive surge and how our survival of it is revealed by the Biblical philosophy of life and by experience based on that.