The Bridge of Diamond

‘Thou hast brought us into being out of nothing’ (The Liturgy of St John Chrysostom). How are we to understand God’s relation to the world he has created? What is meant by this phrase ‘out of nothing’, ex nihilo? Why, indeed did God create at all?

The words ‘out of nothing’ signify, first and foremost, that God created the universe by an act of his free will. Nothing compelled him to create; he chose to do so. The world was not created unintentionally or out of necessity; it is not an automatic emanation or overflowing from God, but the consequence of divine choice. 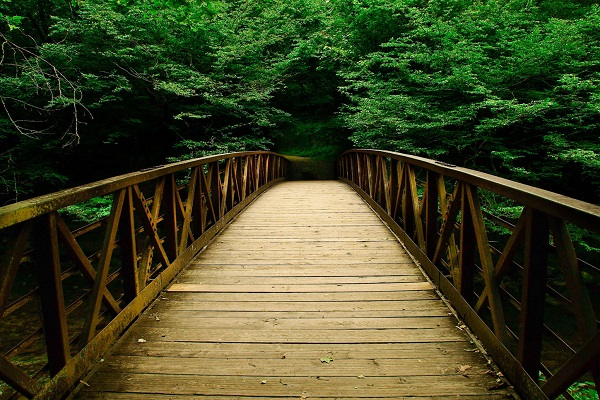 If nothing compelled God to create, why then did he choose to do so? In so far as such a question admits of an answer, our reply must be: God’s motive in his creation is his love. Rather than say he created the universe out of nothing, we should say that he created it out of his own self, which is love. We should think, not of God the Manufacturer or God the Craftsman, but of God the Lover. Creation is an act not so much of his free will as of his free love. To love means to share, as the doctrine of the Trinity has so clearly shown us: God is not just one, but one-in-three, because he is a communion of persons who share in love with one another. The circle of divine love, however, has not remained closed. God’s love is, in the literal sense of the word, ‘ecstatic’ – a love which causes God to go out from himself and to create things other than himself. By voluntary choice, God created the world in ‘ecstatic’ love, so that there might be besides himself other beings to participate in the life and the love that are his.

God was under no compulsion to create; but that does not signify that there was anything accidental or inconsequential about his act of creation. God is all that he does, and so his act of creating is not something separate from himself. In God’s heart and in his love, each on f us has always existed. From all eternity, God saw each one of us as an idea or thought in his divine mind, and for each one from all eternity he has a special and distinctive plan. We have always existed for him; creation signifies that at a certain point we begin to exist also for ourselves.

As the fruit of God’s free will and free love, the world is not necessary, not self-sufficient, but contingent and dependent. As created beings we can never be just ourselves alone; God is the core of our being, or we cease to exist. At every moment we depend for our existence upon the loving will of God. Existence is always a gift from God- a free gift of his love, a gift that is never taken back, but a gift nonetheless, not something that we possess by our own power. God alone has the cause and source of being in himself; all created things have their cause and source, not in themselves, but in him. God alone is self-sourced; all created things are God-sourced, God rooted, finding their origin and fulfilment in him. God alone is noun; all created things are adjectives.

In saying that God is the creator of the world, we do not mean merely that he set things in motion by an initial act ‘at the beginning’, after which they go on functioning by themselves. God is not just a cosmic clockmaker, who winds up the machinery and then leaves it to keep ticking on its own. On the contrary, creation is continual. If we are to be accurate when speaking of creation, we should not use the past tense, but the continuous present. We should say, not ‘God made the world, and me in it’, but ‘God is making the world, and me in it, here and now, at this moment and always’. Creation is not an event in the past but a relationship in the present. If God did not continue to exert his creative will at every moment, the universe would immediately lapse into non-being; nothing could exist for a single second if God did not will it to be. As Metropolitan Philaret of Moscow puts it, ‘All creatures are balanced upon the creative word of God, as if upon a bridge of diamond; above them is the abyss of divine infinitude, below them that of their own nothingness’.