What is the Kingdom of God?

I should like to begin with a short reading from the book of Revelation, chapters 21 and 22: I heard a great voice from the throne saying, ‘Behold, the dwelling of God is with men. He will dwell with them, and they shall be His people, and God Himself will be with them; He will wipe away every tear from their eyes, and death shall be no more, neither shall there be mourning nor crying, nor pain any more, for the former things have passed away. And He who sat upon the throne said, ‘Behold, I make all things new.’ Also He said, ‘Write this, for these words are trustworthy and true… He who conquers shall have this heritage, and I will be his God and he shall be my son…’ ‘I, Jesus, have sent my angel to you with this testimony for the churches. I am the root and the offspring of David, the bright morning star.’ The Spirit and the Bride say, ‘Come’. And let him who hears say ‘Come’. And let him who is thirsty come, let him who desires take the water of life without price. … He who testifies to these things says, ‘Surely, I am coming soon.’ Amen. Come, Lord Jesus! The grace of the Lord Jesus be with all the saints. Amen. 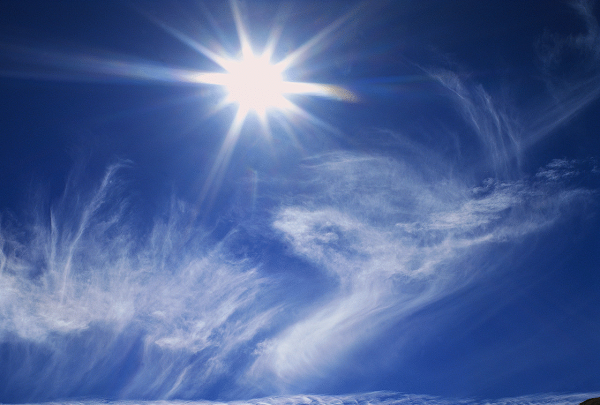 This is the great expectation, but this is not only expectation. The Kingdom of God which is to come has also come with power. He has come in many places, into many hearts, into many families, in an almost unnoticeable way, surreptitiously, like a thief at the dead of night. The Kingdom has come into human relationships with a new recognition of men, with a new dimension of love, the sacrificial love of the living God. So the Kingdom is within us, and the Kingdom is in our midst. All things are on their way into our hearts, into our minds, into our lives, into our will, conquering everything in us. So embodied God is at work. He conquers, and He shall conquer.

And at the heart of this mission of ours there are words which we have heard twice in the course of this week at two Eucharistic celebrations: ‘Do this in remembrance of me’. And doing this in the context of our Sacred Liturgies, in the dividedness of the historical Christendom, we have been painfully aware of separation while we were amazingly aware of closeness. Is there a point where within these very words, ‘Do this in remembrance of me’, we can be even closer than we imagine, even if we do not break the bread together nor share the same cup? May I venture to say that I believe we are a great deal closer than we imagine.

When we apply these words to the bread broken and to the cup shared, we think in liturgical terms; and we forget that at the Last Supper these words and this gesture stood for more than an act of fellowship, more than for a ritual. The bread broken was an image of the Body of Christ broken for the salvation of the world. The cup shared was an image of the Blood of Christ spent for the life of the world. Both stood for divine love that has become incarnate in order to participate in all the tragedy of mankind in an act of perfect and crucifying solidarity that mankind may be saved. And this means all men, beginning with the faithful, as St. Paul says.

Beyond the boundaries of the liturgical action there is the existential doing, all the things for which the breaking of bread and the sharing of the cup stand. They stand for the act of Incarnation in which God unites Himself to man, and indeed to the whole cosmos, taking upon Himself all the destiny of mankind, identifying Himself not only with His creature but with His fallen creature, and all the conditions of man, not only to the point of life and preaching and ministering, not only to the point of physical death but to the point of sharing with men the only basic tragedy of mankind: the loss of God – ‘My God, my God, why hast Thou forsaken me?’ – that loss of God which is the beginning of mortality, that loss of God that kills and that killed. The Son of God became the Son of Man in His humanity. They stand for that solidarity of God with us which is expressed in the anguish of the Garden of Gethsemane when Christ was facing death – a death which had nothing to do with Him because He was life, a death which could not be inflicted on Him because He says Himself that the prince of this world will find nothing in Him that belongs to him, a death which was a free gift of His life, a death which is all death accepted and shared by Him who could not die. They stand for the Crucifixion, the physical experience of the immortal sharing the death of His creature, of Him who was the Son of God, in an act of incredible solidarity, losing the sense of His oneness with the Father and dying of it. That is what this breaking of the bread and this sharing of the cup stand for.

This, indeed, we can do in remembrance of Him together, without any separateness, in the historical Christian body. This we can do; we can be incarnate, take on the flesh of this tragic world upon us, and carry its sin as a cross. We can identify with the death of the dying and the suffering of the sufferer, as Christ on the Mount of Olives facing an alien death in His own flesh in an act of compassion in the strongest sense of the word, of solidarity that goes to the point of identification and substitution. We can face together living and dying – dying physically, dying in health but also dying in that act of love which is a final, total, ultimate renunciation to all that is for the sake of the other.

And we hear the word addressed to us: ‘Do this in remembrance of me.’ Even if we cannot share liturgically the bread and the wine, we can share fully and completely what it stands for and be inseparable in the mystery of faith. The Lamb of God is broken and distributed, which though ever broken, never is divided, says the Orthodox liturgy. This we can achieve beyond all separations through such union, oneness with Christ, in one body broken, in one blood shed for the salvation of the world.

How wonderful it is to discover this! And this is truly and actually a liturgical action because the priest is defined by the offering he brings, and all universal priesthood is defined by the offering we bring of our souls and our bodies, of ourselves and our lives, of those whom we love – to be an act comparable and identifiable, indeed, with this act of divine incarnation, of divine life, of divine sacrifice. Sacrifice means both shedding of blood and becoming wholly God’s own, sharing His life because we will have shared His death in our hearts, in our bodies.

So let us both grieve at the fact that our unity cannot be expressed to the full because we are not yet mature in love, we are not mature in understanding. But let us rejoice and thank God that we cannot be separated either from Him or from one another in the mystery which is defined by these wholly tragic and victorious conquering liturgical words, ‘Do this in remembrance of me’.