The truth is that the Son is the revelation of the Father and is testimony to the fact that, without a profound investigation of the mystery of sonship, it is impossible to delve into the sacred mystery of real paternity. Fatherhood and sonship are linked with bonds in this life and the next. It is a mystery that is both dual and single at the same time. In our human, historical reality, paternity and sonship are in continual conflict, to the extent that, as we have seen, it is very common for the one to deny and exclude the other. So why is such crucial importance attributed to them in the Gospels? Without question, because, within real fatherhood and sonship are concealed and revealed the forgotten laws of life and existence, which when confounded, inevitably lead to turmoil in all things. But when they begin to function in accordance with their nature, everything acquires its appointed, yet, at the same time, sought after harmony. 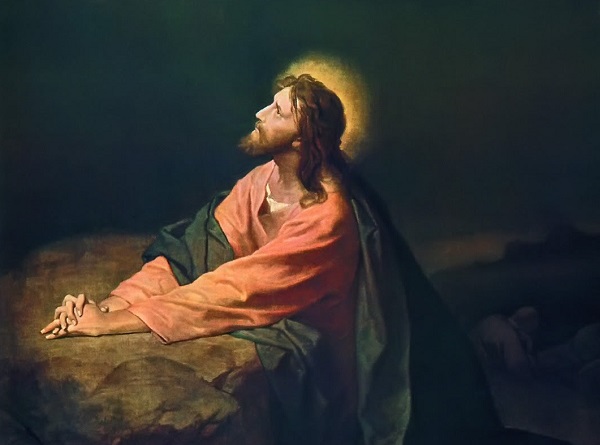 What is this eternal relationship between Father and Son on which the healthy laws of being are founded? The Son, the eternal Word of God, on the one hand reveals His identity with the Father (‘I and the Father are One’, Jn. 10, 30); and on the other He demonstrates the mystery of His boundless humility towards the Father, His absolute obedience to the Father, even to the extent of claiming ‘My Father is greater than I’ (Jn. 14, 28). When revealing His common substance and power with the Father, He says ‘All that the Father has is mine’ (Jn. 16, 15).

At another point where He extols the Father with love, He adds: ‘My teaching is not mine but that of Him Who sent me’ (Jn. 7, 16). The aim of these words is, on the one hand, to demonstrate the truth of His teaching, and prove Himself a witness to the Father, and, on the other, to show the wonderful mystery of eternal Fatherhood, which is the source of His eternal Sonhood and His divine/human teaching. In thus elevating the Father and the will of the Father, it is as if the Son includes Himself, by identifying His will with that of the Father: ‘I do not seek my will, but the will of the Father Who sent me’ (Jn. 5, 30). Even in Gethsemane, when He felt so sad and abandoned, He continued to turn to the Father: ‘Nevertheless, not as I wish, but as You do’. (Matth. 26, 39). And adds: ‘My Father, if this cup cannot pass from me unless I drink it, Your will be done’. So the Son’s loyalty to the Father knows no bounds: it’s the essence and completeness of His Sonhood. For Him, any denial of the will of God and of the Fatherhood as the source and expression of His own, would be tantamount to a denial of His own self, to an obliteration of His being.

What is revealed by this loyalty of the Son to the Father and by their mutual relationship? It demonstrates that, in reality, the mystery of the divine Being constitutes the ineffable mystery of love. Only boundless love knows how to speak like that, as the Son speaks of His eternal Father. The basic law of every true love is to extol the loved one. The deeper and more sincere the love, the greater the praise. In such sonship, the struggle for power and domination is unknown, because the authority and power of the Father and the Son are one and the same, because the love of the Father is on His Son and in the Son and the whole of the Son is in the Father, from the Father and because of the Father. Total love ‘does not seek its own’, nor can it be misappropriated: its essence and heart are the ineffable, universal gift of ourselves to the Other, to the Father, that is, and to whatever is from the Father and accompanies Him.