Coercion and violence are the basic characteristics of the patricidal society

7. It is in this charismatic intermingling of divine fatherhood and sonship that our true knowledge of God has its roots. Our information and our life in God were given by the Father to His eternal Son, Who passed them on to His friends, the apostles and saints and, through these, to our fathers, as well. This mystery is revealed by the Son Himself, when He says: ‘All things have been handed down to me by my Father; and no one knows who the Son is except the Father, or who the Father is except the Son and anyone to whom the Son chooses to reveal Him’ (Luke 10, 22). To whom will the Son reveal His mystery and that of His Father? Certainly only to those who are like Him, that is those who live and labour like Him, who acquire His own ethos and His own manner of being. Self-sacrificing love, as the quest for our fulfilment not in ourselves but in other people, is the fundamental constituent of the Theanthropic way of life which has been given to us by Christ and, through the Church, has been granted to the world. This is the essence of any true paternity and sonship and every real authority. The only real authoritative positions are those which are prepared, at any given moment, to become a fragrant sacrifice ‘for the life of the world, the core and content of which, as well as the method, consists in self-sacrifice. Freedom which sacrifices other people to itself or uses them without their consent in order to realize even the most sacred goal, will inevitably mutate into the ‘sadistic father’ mode, whose passing leaves behind a stench of inhumanity. Authority such as this is yoked, from the beginning to violence; violence is embedded in very nature. 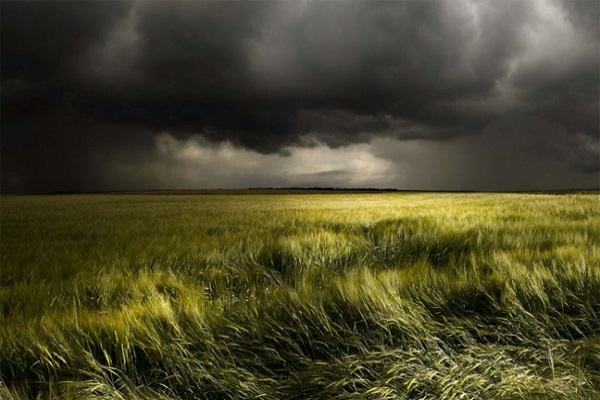 8. There’s no question: the tragic nightmare of today’s world, which fills the hearts of even the most prescient of people today, together with black premonitions about the future of this world, has its deepest roots, on the one hand in our objectivized social structures and, on the other, in the rebellion against them, which expressed itself in a most radical way in the revolutionary ferment of the 19th and 20th centuries. Beginning with the French revolution, violence has been justified by many as the basic method for achieving liberty, fraternity and unity among people, in other words, the realization of a radical transformation of the world and of human society. Inferring the necessity of historical laws from natural determinism and necessity in nature, and establishing freedom on the foundations of the recognition of this historical necessity, many modern revolutionaries have accepted violence and tyranny as the path to freedom and the good life. With religious fervour, these fortunate, ‘perspicacious’ people attempt to direct ‘historical causality’ and to equate their own idea of it and of people with its main object. The methods they employ in order to set the direction of this policy and to liberate people from the structures of the past, which ‘alienate’ them, coincide, in spirit, with the methods of the medieval Holy Inquisition, except that these are much more refined and infinitely more effective. In the name of future ‘salvation’ and the well-being of people who do not, as yet, even exist, millions of actual people are sacrificed. The fundamental concept behind the use of coercion and violence on the part of fathers is the future happiness of their children. When they’re crowned with power, the absolute freedom of those who declare themselves the ‘infallible conscience’ of history becomes the iron law for the ‘non-perspicacious’, or even historical necessity itself. In this way, the greatest opponents of coercion and unfreedom often become the grave-diggers of freedom. They become the authority which has all the qualities of the ‘sadistic father’, who devours his children already born for the sake of those yet to come.