The stand of many twenty-first-century Protestants against gambling demonstrates that the Bible is not a sufficient authority for Christian ethics and practice, or at least must be supplemented by the tradition of the church.  Christians cannot oppose games of chance for money or other valuables unless they accept at least the earliest part of Christian tradition in addition to Scripture, as a guide or supplement to it or as a means of interpreting the holy text.

Scripture itself does not plainly speak against gambling, even though many Christians strenuously discountenance this activity on moral grounds.  On the other hand, many non-biblical bearers of the apostolic tradition of the church did oppose gambling, which may indicate that the tradition of the early church is vital to the church today as an interpreter or supplement to the Bible.  These bearers of the tradition are the Christian authors who in the early centuries of the church wrote down the teachings of Jesus and His apostles not recorded in the New Testament. 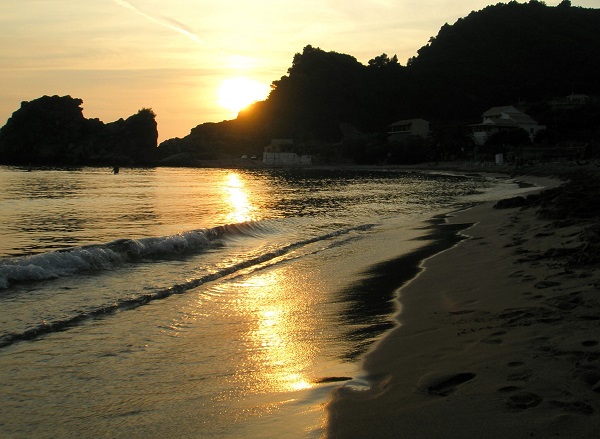 It is fairly easy to develop a Biblical argument in favor of gambling as a desirable Christian activity.  The Old Testament records that many men and women of God engaged in gambling, in the form of casting lots, as permitted – even compulsory – for God’s people.  In Leviticus 16.8 Aaron the High Priest cast lots to decide which goat was to be sacrificed.  In Numbers 26.55f, 33.54 and 36.2f and in Joshua 14.2, 18.6-10 and Chapters 19f, so important a matter as dividing the land of Canaan among the Israelite tribes was decided by lot.  Judges 20.9 records that it was by lot, by gambling, that soldiers were selected for battle.  First Chronicles provides many examples of gambling being used to decide a number of matters: granting land to Levite families (6.54, 65), organizing the priests (24.5, 7-18, 31), deciding on Temple musicians (25.8), and allotting jobs to Temple gatekeepers (26.12f).  Nehemiah 10.34 and 11.1 state that the same method was used by the Jews to decide who would bring wood to the Temple and who would live in Jerusalem.  Indeed, Proverbs 18.18 teaches “Casting the lot puts an end to disputes and decides between powerful contenders.” (NRSV)

In the New Testament, which is otherwise silent about the propriety of lots and gambling for Christians, so important a matter as the selection of an apostle to succeed Judas Iscariot was decided by this method between candidates (Acts 1.26).  Granted, the canonical Gospels narrate that soldiers cast lots for Jesus’ clothing, but they do not comment on its morality, let alone say that such gambling was intrinsically evil.

Scripture is silent or gives examples in favor; non-canonical tradition and conservative Protestant Christians are opposed to gambling.  Indeed, when the editor of The Alabama Baptist in an academic journal tried to wring an argument out of tangential Bible passages and general Christian principles, he had to admit: “If only the Bible said, ‘Thou shalt not gamble,’ then life would be simpler” and “The Christian position on gambling would be clear for all to know and follow, if only the Bible said, “Thou shalt not….”[1]  Moreover, when the Evangelical Fellowship of Canada wanted an explicit Scripture reference that forbade games of chance for its discussion paper[2] – a clear, direct, one, not just a deduction from general principles or debatable Scripture passages– it had to admit that there was none, and referred its readers to a magazine article of mine which discussed mostly the early post-biblical Christian literature and which included the clause “the New Testament refrains from pronouncing on the ethics of gambling”.[3]  The text of my article ran approximately as follows:

The New Testament makes brief references to gambling but is silent as to its morality.  A few other Christian sources in the first three centuries considered the ethics of engaging in games of chance for gain, but all of them indicate that Christianity discouraged it.

Pilate’s soldiers cast lots to divide Christ’s clothing just after He was nailed to the cross (Matthew 27:25; Mark 15:24; Luke 23:34 and John 19:23f) but the Scriptures do not comment on whether such games of chance were wrong in themselves.  The context in all four Gospels is the mockery and indignities heaped on Christ; the dice game appears to have been recorded as just one of the many examples of indifference to His agony.

The earliest known Christian disapproval of gambling dates from the final decade of the second century.  Clement of Alexandria was the president of the foremost Christian educational institution of this period.  In his Paedagogus he wrote: “The game of dice is to be prohibited, and the pursuit of gain, especially through dicing, which many keenly follow.  Such things the prodigality of luxury invents for the idle.”[4]

After a distinguished career as a lawyer, Tertullian was converted to Christianity and became a clergyman at Carthage in what is now Tunisia in northern Africa.  In denouncing many of the popular amusements of his day, his De Spectaculis (written between AD 197 and 202) included gambling as a practice forbidden to Christians.  In Chapters 15 and 16 he argued that certain entertainments are prohibited because they excite rage, internal agitation, excessive craving, and other emotions contrary to Christian calmness, gentleness, and peacefulness.  When focusing on the Greco-Roman circus (fatal contests among animals and gladiators), Tertullian began Chapter 16 with:

Since, then, all passionate excitement is forbidden us, we are debarred from every kind of spectacle, and especially from the circus, where such excitement presides as in its proper element.  See the people coming to it already under strong emotion, already tumultuous, already passion-blind, already agitated about their bets.[5]

Tertullian’s main opposition to gambling was rooted in the effects it exerts on the emotions, not necessarily because it was an evil in itself.  However, he also considered it as intrinsically wrong.  For him, betting made the matter even worse.

A stronger indication that most early Christians regarded games of chance as ethically wrong is found in Against Montanus, a tract written about AD 211 by Apollonius, a bishop in western Turkey near Ephesus.  In combating the Montanist (or “New Prophecy”) movement, Apollonius appealed to what were apparently well-accepted Christian norms; if they had not been commonly shared by Christians, Apollonius would not have used them in his attempt to enlist his readers’ support against the heresy.  Among his accusations against the Montanists were that their leaders received improper gifts and “play at gaming-tables and dice.”[6]  This source assumed that the prohibition was well-established.

Cyprian of Carthage was the pastor of the city where Tertullian had ministered two generations earlier.  In writing to the provincial governor, Cyprian in Ad Demetrianum (AD 252) condemned evil and wickedness in general, but singled out pride, greed, cruelty, intemperance, envy, lust, inordinate anger, and “prodigality with gambling”.[7]  By linking it to these others, Cyprian indicated that both he and the governor ranked gambling among the more serious vices.

All the preceding comments on games of chance are very brief, and occupy only a few words or a few lines.  By far the longest work against gambling in the first three Christian centuries was De Aleatoribus (“Of Dice-Players”).  The date of this homily is between AD 180 and 280, and its most probable origin is Rome or Carthage.  The name of the preacher of De Aleatoribus is unknown, but the wording and themes of the sermon indicate that he was a prominent clergyman.  He stated that “it is not licit for Christians to gamble”,[8] and denounced it as “a snare of the devil”[9] and “a sink-hole of evil”[10].  He considered it to be in the same class as adultery, greed, fraud, drunkenness, murder, jealousy, cursing and false witness.[11]  The homilist’s main concerns were not only that gambling was a waste of time and money that could be otherwise better applied, but also that it was sinful in itself, was addictive, and had close links with superstition, which early Christian writers generally equated with idolatry.

De Aleatoribus warns more than once that hell is the sure destination of gamblers[12] and that dice-playing is incompatible with full membership in the Church.[13]  The sermon stresses the wrongfulness of the results and accompaniments of games of chance for gain but also states that they are evil in and of themselves.

In addition to these pronouncements by individual Christians, is Canon 79 of the Council of Elvira in Spain (around AD 306), which decreed that if a Christian engages in dice-games for money, he or she is to be excluded from the Christian community.  If he or she repents and mends their ways and stops gambling, he or she may be admitted to Holy Communion after one year.  The one-year suspension was among the mildest penalties prescribed by the Council, which indicates that it regarded gambling as a comparatively minor misdeed although nevertheless a sin.

In summary, the New Testament refrains from pronouncing on the ethics of gambling but other Christian authors of the first three centuries who reflected on its mortality were unanimous that games of chance for gain were inconsistent with a Christian life-style.

Thus, in substance, ran the article.

Scripture is silent or gives examples in favor; early post-biblical church tradition and today’s conservative Protestant Christians are opposed to gambling.  If the position of many modern-day Christian denominations on gambling is in accord with non-biblical tradition despite the apparent permissiveness or encouragement of the canonical Scriptures, should they not examine and employ other facets of early church tradition to guide their other activities and teachings?