If you want to make a special ascetic effort for Lent, you could always eat what the Prodigal Son wanted to. When he was away being prodigal, I mean. I’m not suggesting you go out and slaughter a fatted calf to help you through fifth week. 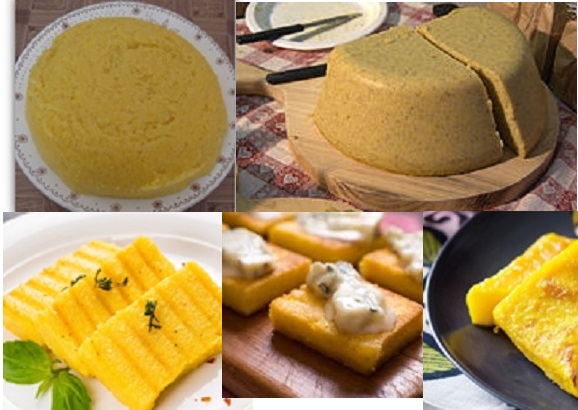 We’re told that, when he was looking after the swine, ‘he would gladly have filled himself with the pods that the pigs were eating; but no one gave him anything’ (Luke 15, 16). Of course, we don’t know the exact word that Christ used for ‘pods’, but the Greek translation, keration, strongly suggests the Ceratonia siliqua or carob tree. The carob is native to the Eastern Mediterranean and we know that, today, the pods and fruit are, in fact, fed to pigs. We also know that, in Roman times, the bean-like fruit was ground, mixed with water, formed into cakes and dried in the sun. Indeed, as I have argued elsewhere, http://www.diakonima.gr/2016/10/23/locusts-and-wild-honey-james-w-lillie/ I believe that this is what Saint John the Baptist ate, too. Whatever the truth of the matter,however, the point is that this was food for very poor people.

It was, in fact a kind of polenta. ‘Polenta’ comes from Latin and means ‘a sort of porridge’. It has always been associated with the diet of the poor and has been made with chestnut flour, buckwheat, chickpeas, grains, dried legumes and, of course, carob.

Nowadays, the commonest form is made with corn (maize). Traditionally, this is a long, slow process, but today it takes only a few minutes. First, measure out the polenta in a cup or mug. It doesn’t matter at all what size the container is. Empty the polenta into a bowl and add a good pinch of salt. Now add four measures of water, using the same measure that you used for the polenta. In other words, the ratio is 1 polenta to 4 water. Bring the water to a rolling boil then pour in the polenta in a steady stream, stirring all the while. I like to use a hand whisk for this, but a fork does just as well. Keep stirring. Very soon, the polenta will start bubbling and ‘spitting’. Slide it off the heat, but keep stirring. Be careful, though because it can leave a painful burn if it splashes onto your skin. You can, if you have a blessing, add a little oil to the mixture. (The point about ‘oil and wine’ is that it’s another way of saying ‘no meal’, that is no sitting down all together in the refectory. This is still observed in many of the kellia on the Holy Mountain, for example, where there will be bread, olives, a thin gruel, and water available and each father will eat a little, in accordance with his rule. In Romanian kellia, in particular, there’s always a supply of mamaliga, which cooks like polenta, looks like polenta and tastes like polenta- just don’t say so to a Romanian).

Return to the heat and remove again. Continue to do this for a few minutes, and the mixture will thicken nicely. You can eat it straight away (not recommended) or, better, leave it to cool. Then you simply turn it out onto a tray. You can cut it up any way you like (traditionally with string or a fishing line, if you’re feeling particularly ethnic) and then bake it, fry it or microwave it.

So why the tapas? While it’s true that the fast is stricter in monasteries, in a way it’s easier, because everything is organized with the fast in mind. We in the world are faced with dilemmas, however. Should we attend that conference? The birthday party for a colleague? The wedding of a family member who isn’t Orthodox? And, of course, on occasion, we ourselves have to do some entertaining. John Fennell, the Professor of Russian when I was at Oxford and a very devout Christian, married to a Russian princess, would say jokingly: ‘Oh dear, Marina, Lent again. Back to the lobster and avocadoes’. But I would like to suggest an alternative, if, for example, we’re having people round for drinks and ‘picky bits’.

When the polenta’s cooked, pour it out onto a tray, or simply a clean surface, so that it’s a about a quarter of an inch thick. Leave it to cool and cut it up into little tapas-sized squares. Bake the squares (or fry them, if it’s an oil day). You can then top them with all kinds of Lenten goodies: taramosalata, aubergine dip, potato mayonnaise, olives, sundried tomatoes, seafood, guacamole, slivers of fried zucchini, or, best of all, lyutenitsa.

One last thing: outside fasts, when you boil the water, add olive oil and a good lump of feta cheese, crumbled, and some chopped rosemary/sage/marjoram (never oregano, unless you’re feeding it to the goats), before you pour in the polenta.

An added benefit: because it’s gluten free, the pots are easy to clean.