Historic Moments at the Holy Sepulchre: repaired by Greek experts, the Holy Canopy has been returned to use

After many months of work by an inter-disciplinary team from the Metsovio National Technical University, under the leadership of Professor Antonia Moropoulou, the Canopy of the Most Holy Sepulchre is now fully restored and once more ready to receive the countless pilgrims who flock to Jerusalem on a daily basis. 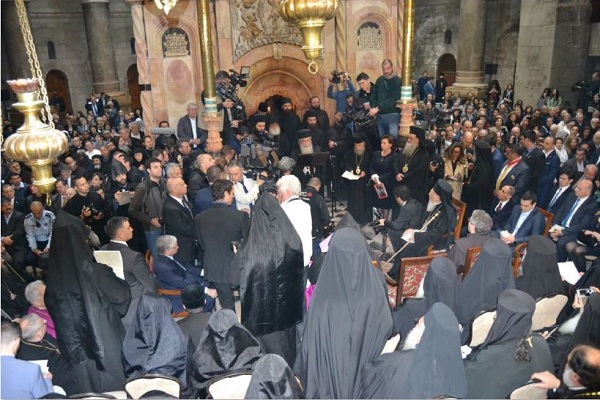 The handover ceremony took place shortly before noon, in the presence of the Ecumenical Patriarch, Bartholomew I, and the Prime Minister of Greece.

At the beginning of the ceremony of the return of the Canopy, Patriarch Theofilos of Jerusalem stressed the importance of the task and the significance of the work of the experts from the National Technical University. He also declared that he was moved by the things that had been found. 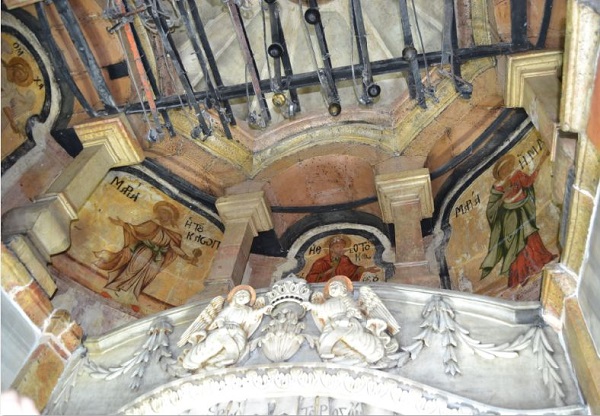 In his address at the handover of the Holy Sepulchre by the team of experts to the Patriarchate, the Ecumenical Patriarch, Bartholomew I, who was most moved, stressed among other things: ‘We are astonished at the work and the restoration of the Holy Sepulchre, and have become entirely united on seeing the task completed. Now that we have seen the icons of the myrrh-bearing women revealed in the Canopy and the other finds by the team of experts from the National Technical University, we feel boundless emotion’. 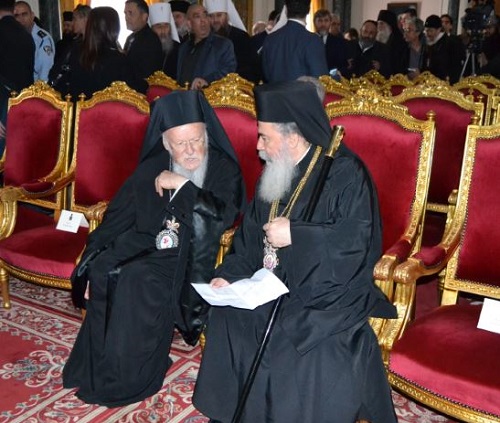 Thereafter he congratulated Patriarch Theofilos of Jerusalem and addressed Prime Minister Alexis Tsipras, reminding him that he is the Prime Minister of an Orthodox, and it is his duty to lead it with appropriate sentiments. 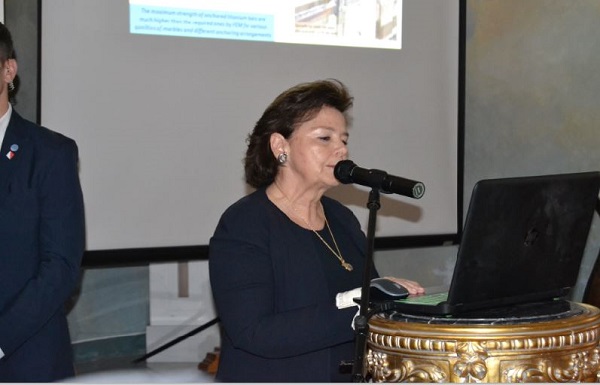 Next, the head of the taskforce, Professor Antonia Moropoulou gave a presentation on the interventions which took place during the restoration work.

From Jerusalem, Alexis Tsipras expressed his pride in and admiration for the work which has been carried out at the Holy Sepulchre.

‘I have been following this work, both as an engineer and as Prime Minister of the country.
This work highlights the diplomatic path of Greece and the Orthodox course of its history. The National Technical University has carried out a historic task. This is a pioneering study which, with the co-operation of all the religious communities, has been brought to a successful conclusion. As the Patriarch of Jerusalem has informed me, this effort is to be ongoing…’.

The government will assist in this. Greeks have always supported the Holy Sepulchre.

Once it was Mitilinaios Komninos, today it’s the team of experts from the national Technical University. Today’s work highlights people’s vision and will. When vision and will are combined with the Orthodox faith, these are the results. I am proud of this historically significant study’. 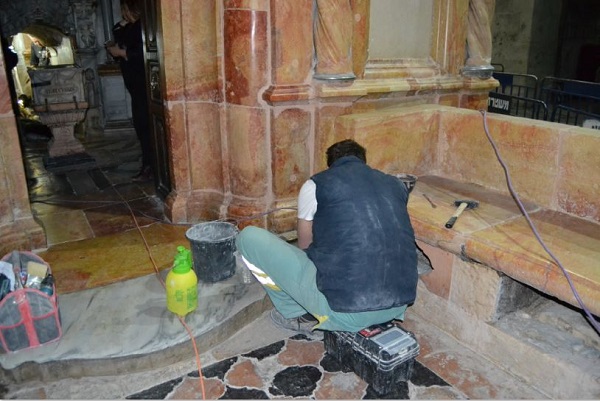 Specialist teams worked feverishly all night in order to be ready for the official handover ceremony.

The work on the restoration was complicated and awkward, not only from a technical point of view, but also because of the politics, since age-old rivalries rage over the Holy Sepulchre between the religious orders vying for controlling rights over the monument. 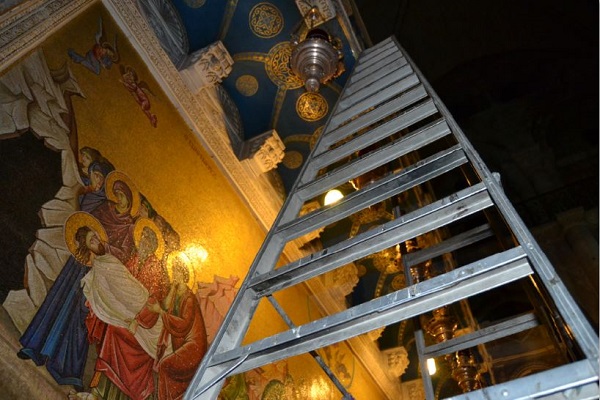 The restoration of the Canopy began in June 2016, as the result of a relevant proposal by Patriarch Theofilos of Jerusalem to the Metsovio National Technical University. Naturally, the consent had been obtained of the two other religious communities, that is the Franciscans and the Armenians. The Israeli authorities had also made it plain that the Canopy was in urgent need of conservation for safety reasons. 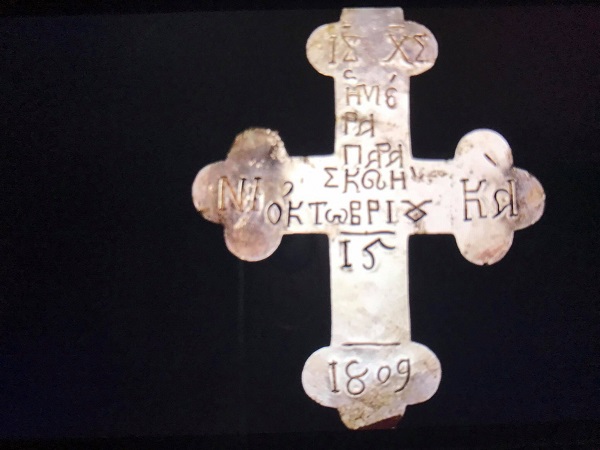 The restoration of the Canopy included two new features: a window was opened so that pilgrims could have visual contact with the natural rock substratum on which the church was built; and a Christian cross was placed at the top of the Canopy. The enterprise of restoring the Canopy was planned from the foundations up, given that one of the most important tasks was to manage the underground waters which flow beneath the ancient building and are a threat to its stability.

The church was cleaned very carefully, revealing unique wall-paintings of incomparable technique and priceless merit. Apart from these, a silver cross was also found, bearing the name of the master builder, Komninos, the famous architect who carried out the restoration work on the Sepulchre in 1810. Also mentioned is the date when the work was completed. 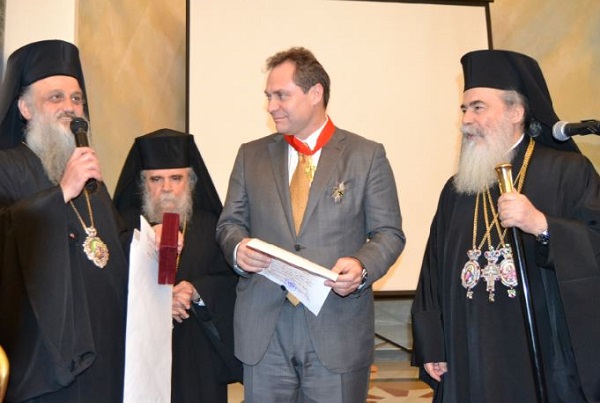 At the end of the event, those who carried out the work were honoured, as were those who provided the sponsorship for the whole enterprise.