On the Third Day of Creation

‘And God said , “Let the waters under the sky be gathered together into one place, and let the dry land appear.” And it was so’. (Gen. 1, 9). But where will they be gathered, Lord, where will the water be kept when it reaches the land. He said: ‘At my command, gulfs and chasms have appeared in the earth which are as deep as the heavens are high, and the waters will be gathered there. On the surface, they’ll be the same as the surface of the earth’. 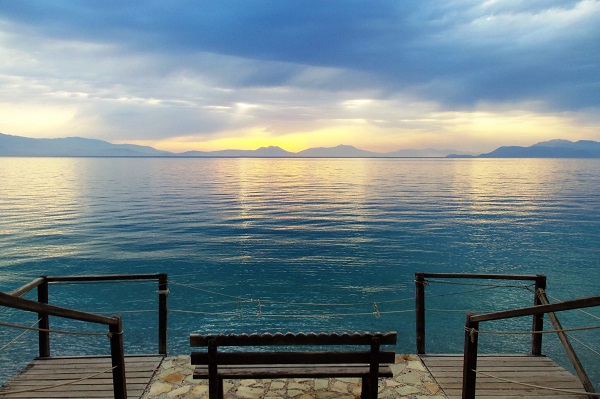 ‘And it was so’. The waters under the sky were gathered together and the earth appeared. That must have been a strange and wonderful sight that would have astonished anyone if they’d been there to see it. How were the waters, which reached to the heavens, so quickly brought under control? No sooner was the command given than they were gathered together, the earth was relieved of them and the dry land appeared. ‘God called the dry land Earth, and the waters that were gathered together he called Seas’ (Gen, 1, 10). There are people who thoughtlessly say that the heavens were lower down and that, after the waters were gathered together, whatever was at the back of the heavens drew back and elevated them. How can this point of view be true? God commanded that the firmament should be made in the midst of the waters and if that was at one time lower and then was raised, that means that things didn’t happen according to God’s command – in the midst of the waters. It would have happened somewhere lower, leaving the upper parts greater than the waters, in which case how does this all fit in with what happened on the second day of creation? [And God said, ‘Let there be a dome in the midst of the waters, and let it separate the waters from the waters.’ So God made the dome and separated the waters that were under the dome from the waters that were above the dome’. Gen, 1, 6-7]. He commanded that this should happen once and for all in one particular place, so how then did it move to another? Such thinking is trite and injudicious.

‘God called the dry land Earth, and the waters that were gathered together he called Seas’ (Gen, 1, 10). Not just one sea, but many seas, because of multitude of the waters. Just as the earth is one, but all the countries and islands have their own names, so the sea, which is one, is known as ‘seas’, because it separates countries, and clusters and patterns of many islands, small and great. They all have different names, such as the Atlantic, the Indian, the Black Sea, the Caspian, the Tyrrhenian, the Ionian, the Aegean, the Hellespont and Propontis, so it’s obvious why the Creator called them ‘seas’. ‘And God saw that it was good’. He saw that it was good even before He created it. And we should therefore also learn to do good, because God did not create anything that was evil.