Only violence against our false self brings us freedom

All of this (see Coercion and violence are the basic characteristics of the patricidal society, also by Bishop Amfilohije) is inevitable, because necessity and violence beget only violence and enslavement. This is clear from the waves of organized terrorism today, which have now assumed global dimensions. The root of this evil lies in the thirst for liberation from the overarching coercion which is evident in all the structures of modern ‘bourgeois’ society. It also lies in the deep disappointment regarding the effectiveness of other revolutionary movements so far, which bind themselves to the norms of a previous form of state coercion, violence and ideological elitism. So, behind this new wave, is there not the despairing cry of a generation which has been played for fools and has been deceived? But in its despairing revolt against the might of the state education system and the other structures which are, by nature, coercive, this generation is falling into the same fatal error which has already occurred so many times: it has recourse to violence, therefore persisting in remaining within the demonic, vicious circle of ‘patricide’ and sadistic fatherhood! And this generation and all others will continue to remain in this inescapable circle as long as they claim their freedom by trampling on the corpses of others and using violence as their method. 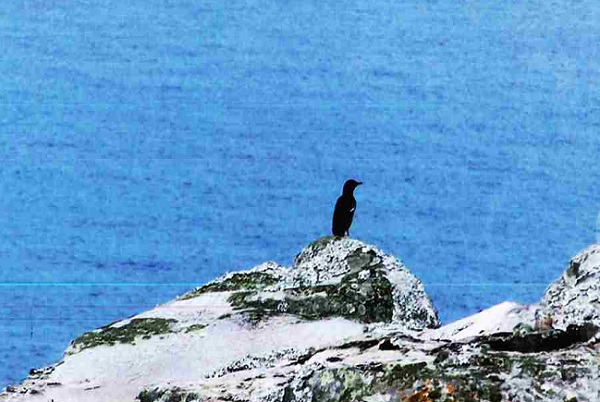 We need to recognize that a large part of the responsibility for this impasse and the chaos evident in the modern world lies with Christians. The fact that the revolution against the various earthly authorities is, almost as a rule, closely linked to the blatant or masked desire for the violent expulsion for our hearts (if this were possible) of heavenly paternity and the belief in it, is evidence of two things: on the one hand the venomous whisper of the serpent that God needs to be exiled from human history; and on the other the rebellion against heavenly fatherhood, which became an extensive abuse and distortion within Christian practice, and even at times, within the faith itself. Because it is much easier for people to use God as a means of violence against others and to transform Him into an earthly source of authority which has donned the mantle of metaphysical majesty and a fearsome mystery- and this has happened more than once in history- than it is to bear witness with a martyr’s ethos and self-sacrificing love for the Lamb of God, Who was sacrificed for the life of the world and for our salvation. Only the Lamb of God, Christ, the God/Man and those washed white by His blood, can offer- as they do- real freedom to the human race and to the world.

There is only one violence that brings freedom: violence against our false self. And there is only one sacrifice that can transform human society into a communion of love: self-sacrifice for the sake of others. This sacrifice is neither the obliteration of others nor self-obliteration, but the ‘finding’ of oneself and others through the holy mystery of the eternally ordained fatherhood and sonship in the mystery of mutual generosity and the always joyful union with the power of the Holy Spirit. Therefore, insofar as generations of Christians and Christians as individual have abandoned the Lamb’s narrow path of bright sadness, and have contracted alliances with the ‘powerful’ of this world, using its methods, its sources of authority and its poorly formed structures, they run the risk of deviating towards the ‘broad’ way which leads to devastation, meaning training in violence and enslavement towards themselves and their passions, which is transformed into tyranny against other people. On such a path, not only are other people, but God Himself is no more than a means for satisfying ourselves and our egotism. Instead of being what it is, that is the source of freedom, this now monstrous divine authority is converted into a means of coercion and domination, as, indeed, are all the other sources of authority which derive from it. An authority stripped of its content is never in a position to produce, to reproduce and to train: it merely creates spiritually stunted dwarfs.