According to its advocates, euthanasia is morally neutral or even a positive good within the framework of ethics, including Christian ethics.  But is euthanasia really moral?  It certainly is not when inflicted by Christians.

Euthanasia is the deliberate hastening of death to spare the patient a period of suffering or incapacity.  The usual cases for which euthanasia is advocated are persons with an incurable disease or permanent coma, but secondary uses include sparing the deformed, the mentally-impaired, or the handicapped—usually newborns—from languishing the rest of their lives under irreversible barriers that prevent them from living a self-sufficient or “full” life.  Far from ill-will, the motives of the killers are thus at least understandable or apparently well-intentioned, for they are rooted in compassion toward the patient; hence the alterative terms “mercy killing” and “put them out of their misery”. 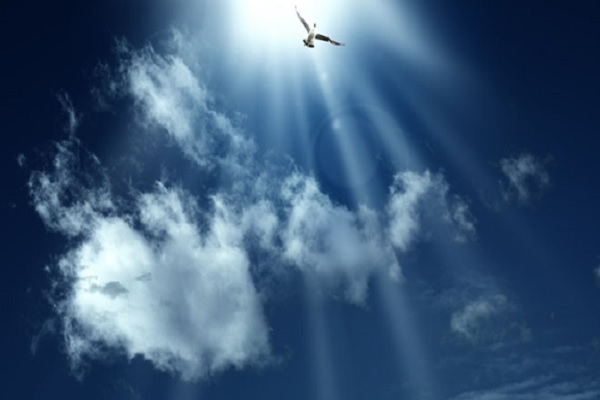 Thou Shalt Not Kill

The Sixth Commandment clearly provides “Thou shalt not kill”, which is repeated in summaries of God’s law in Matthew 19:18f, Mark 10:19, Luke 18:20, and Romans 13:9.  But does “kill” refer only to violent murder, such as in the course of armed robbery?  In considering the word in the New Testament, the church father Tertullian believed “kill” there had a wider meaning.  Referring to the Creator, Tertullian wrote: “He puts His interdict on every sort of man-killing by that one summary precept ‘Thou shalt not kill.’” (De Spectaculis 2 ANF 3.80).  So that Christians will give scriptural terms their widest sense and go the second mile for God, Tertullian wrote the following guidance for interpreting Christian teachings, where I have substituted the word “euthanasia” for “shows” (meaning “unwholesome amusements”), which would accord with his own thought:

the faith of some, either too simple or too scrupulous, demands direct authority from Scripture for giving up euthanasia, and holds out that the matter is a doubtful one, because such abstinence is not clearly and in the words imposed upon God’s servants. …. divine Scripture has ever far-reaching applications: and after the immediate sense has been exhausted, in all directions it fortifies the practice of the religious life, so that here also you have an utterance which is not far from a plain interdicting of euthanasia. …. We may understand a thing as spoken generally, even when it requires a certain special interpretation to be given to it.  For some things spoken with special reference contain in them general truth. (De Spectaculis 3 ANF 3.80f)

Why Consult the Early Sources

Tertullian was a prominent Roman lawyer who became a Christian, a clergyman and the founder of Latin Christian literature.  His works cited in the present article date from AD 197 to 220.  The value of consulting him and other post-biblical Christian writers before AD 249-251 is that the Bible interpretations and oral teachings of Jesus, the apostles, and other New Testament writers were still fresh in their memories and they preserve the exact sense and parameters of “kill” in which it was understood by Christians—or Christians not many generations earlier—who knew Bible sources personally, and hence the way in which Jesus had meant it to be understood.

All Killing Forbidden, especially of The Innocent

The earliest Christians considered any form or type of bloodshed to be forbidden.  Saint Paul the Apostle does so in Romans 3:15.  Tertullian wrote:

But how far wider an extent the Lord assigns to those crimes we are sure: … when He judges murder to consist even in a word of curse or of reproach, and in every impulse of anger, and in the neglect of charity toward a brother: just as John teaches, that he who hates his brother is a murderer. (On Idolatry 2 ANF 3.62)

In the same vein are the Epistle of the Apostles 35, which dates from between AD 140 and 160, and twice in Origen, the most outstanding Bible scholar, teacher and preacher of the first half of the third century: Homilies on Genesis 3.6 and Commentary on Romans 6.4.2.  Origen exhorted his hearers who had been converted to Christ to no longer run to shed blood but to run to save it: Commentary on Romans 6.4.2.  In fact, the Ascents of James 1.17.1 in the second half of the second century says that Christians should prefer being killed themselves to killing other people.

The early sources particularly discountenance killing the innocent.  Remember that the people for whom euthanasia is advocated have not committed any crime nor is it on account of their misbehavior that they are to be put to death.  They would be killed merely because they have a disease or infirmity they did not bring upon themselves.  The First Epistle of Clement, a letter from one congregation to another written while some apostles were still alive, points out that in the Old Testament the righteous “were slain, but only by the accursed, and such had conceived an unrighteous envy against them.” (1 Clement 45.4 ANF 1.17).  Sometime between AD 175 and 200 Theophilus, bishop of Antioch, in summarizing God’s law (such as most of the Ten Commandments) mandated “The innocent and the righteous thou shalt not slay” (To Autolycus 3.9 ANF 2.114).  The Acts of Paul, a compilation around AD 160 to 170 of deeds of the apostle not found in the Bible, similarly condemns shedding the blood of the righteous or innocent unjustly (Martyrdom of Paul 6).

Among the innocent, parents are the people for whom mercy killing is commonly sought.  Killing adult family members—especially parents—was the worst crime imaginable among the pagan Greeks and Romans, and is condemned in 1 Timothy 1.9 and by such post-biblical authors as Tertullian (On Modesty 14), the mid-second-century Acts of John 48, the Christian philosopher Aristides of Athens around AD 125 (Apology 9), and by a Christian in Syria who wrote a description of Christian practices and customs in the early AD 200s (Bardesanes On Fate).

Mercy killing is also commonly sought for infants, particularly newborns—the most innocent of all—to save them from a lifetime of deformity, mental deficiency, sickness, dependence, handicap, or other impediment to a “full” life due to congenital or genetic causes they did not ask for.  In an explanation and defense of Christianity to pagan readers, around AD 177 another Christian philosopher in Athens stated as well-known Christian principles the fact that the church forbids abortion and killing children at any stage of life (Athenagoras Presbeia 35).

Even the best intentions—and euthanasia is usually proposed out of compassion and not ill-will for the patient—do not justify killing anyone.  Shortly after his conversion Tertullian wrote: “in regard to child murder, as it does not matter whether it is committed for a sacred object, or merely at one’s own self-impulse” and “the sin of putting their offspring to death” (Apologeticum 9 ANF 3.25).  He also indirectly suggests that parents who kill their own children are less likely to spare those of others (Apologeticum 9).  The Acts of Thomas 51f in eastern Syria in the early third century relate an incident not recorded in the Bible that a young man killed a particular woman to spare her entering a life of fornication but God punished him for his thought by disabling his hands, and the Apostle Thomas is alleged to have considered the young man’s intention as a serious sin.

Even with the consent or at the request of the victim, euthanasia is still a sin, for then it is suicide—which is also a sin according to Christian authors before AD 200—Justin Martyr 2 Apology 4; Acts of John 49; Sentences of Sextus 321; Three Books to Abercius Marcellus in Eusebius Ecclesiastical History 5.l6.13.

The nearest approximation to euthanasia in Christian literature before the mid-third century is the ancient practice of “exposing” infants.  A baby would be abandoned in a remote deserted place to be devoured by wild animals or die from neglect if s/he was weak, sickly, deformed, or handicapped.  The “lucky” victims were rescued by strangers who raised them to be slaves.  All this was a perfectly acceptable practice under secular law and provided the social advantages of improving the gene pool and reducing the proportion of the population that takes but does not contribute to the economy, as well as sparing the children themselves from a lifetime of bodily disadvantages.

But early Christians believed we are not wiser than God.  Justin, who was martyred for the Faith around AD 165, wrote in describing Christian teachings and practices: “we have been taught that to expose newly-born children is the part of wicked men” because some are rescued and brought up to become prostitutes, and “[we fear to expose children], lest some of them be not picked up, but die, and we become murderers.” (1 Apology 27 and 29. both ANF 1.172)  Here the parents’ compassion does not alter the sinful nature of the deed.

Origen’s predecessor as dean of the world’s foremost Christian educational institution pointed out in the AD 190s: “But what cause is there for the closure of a child?  For the man who did not desire to beget children had no right to marry at first; certainly not to have become, through licentious indulgence, the murderer of his children.” (Stromata 2.18 ANF 2.368).  In writing against people treating their pets better than human beings:

they do not receive the orphan child; but they expose children that are born at home, and they take up the young of birds, and prefer irrational to rational creatures; although they ought to undertake the maintenance of old people with a character for sobriety, who are fairer in mind than apes, and capable of uttering something better than nightingales; and to set before them that saying, … “Inasmuch as ye have done it unto the least of these My brethren, ye have done it unto Me.” (Paedagogus 3.4 ANF 2.279)

Nor do the infirmities of old age or bodily defects render a potential euthanasia victim totally useless to church or society.  After writing of wrongdoing, particularly stealing, lying, acts of profligacy, hatred, and deception, Bardesanes pointed out:

But might these ancient Christians be outdated in the twenty-first century, now that we possess more painless and efficient means of causing death?  Actually, mercy killing is less justifiable now than in ancient times because we also possess better and a wider variety of painkillers for the physically suffering.  The only analgesic in early times was alcohol (Proverbs 31:6) at most mixed with myrrh (Matthew 27:34; Mark 15:23).  Of course, this contributed to the sin of drunkenness—which itself is a crime under American secular laws in certain circumstances.

Moreover, modern medical science makes great strides almost every day, with cures for painful or disabling conditions suddenly becoming available.  This should extend hope for intended victims of euthanasia, and 1 Corinthians 13:13 enjoins Christians to have hope.  Nothing is more contrary to the virtue of hope than suicide or putting people to death because they are thought incurable.

Lastly, we have the teaching and example of Christ Himself.  First, whoever inflicts euthanasia on the least of His brothers inflicts it on Jesus (Matthew 25:35-45).  Secondly, when Jesus encountered people who were diseased, handicapped or suffering, He cured them or relieved them of their afflictions for the rest of their natural lives; He never “put them out of their misery” by killing them.

All direct quotations from the church fathers are as in The Ante-Nicene Fathers: Translations of the Writings of the Fathers down to A.D. 325 ed. Alexander Roberts and James Donaldson. American Reprint ed. by A. Cleveland Coxe (Buffalo, NY: Christian Literature Publishing Co., 1885-96; continuously reprinted Edinburgh: T & T Clark; Grand Rapids, MI: Wm. B. Eerdmans; Peabody, Mass.: Hendrickson), above cited as “ANF”.