Father Roman Braga was born on April 2, 1922 in Bessarabia in a village named Condrita. He was the last of the seven children of Cosma and Maria Braga. He grew up in an Orthodox environment, raised by a devout Orthodox mother and in the close proximity of the Monastery of Condrita. During his formative years, he had the living example of his mother who imprinted on her children the virtues of Christian life. Many times he remembered how his mother attended long church services at the monastery and how sleepy and tired he was, but always he was at his mother’s side. These formative years laid the foundation for the strict discipline of his entire life that served him all along, up to the very last day of his life.

At the age of seven he entered Grade School in his native village and at the age of twelve he was sent to the monastery near Bucharest – Caldarusani – from where he was sent to the monastic Seminary of Cernica, also near the Romanian capital. At Cernica, at the Seminary, while he was quite young, he formed life-long lasting friendships with some of the greatest future spiritual fathers of Romania. Here he met Fr. Sofian Boghiu, Fr. Felix Dubneac, Fr. Benedict Ghius, Fr. Grigore Babus, Fr. Gratian Radu; with some of them he would be in prison, and would also meet them again, years later, in the United States. In 1942 he went back to Bessarabia to the Seminary of Chisinau until 1943 when he enrolled in parallel at the Theological Institute, The School of Letters and Philosophy as well as the Pedagogic Institute in Bucharest. Graduating in 1947 with Magna cum Laude from the Theological Institute, he received the certificate of professor of Romanian Language and Theology, and in 1948 he entered the Doctoral program at the Institute of Theology in Bucharest.

However, he could not continue with his studies as he was arrested in the summer of 1948 and spent the year under interrogation, being accused of belonging to an anti-Semitic movement. He was detained in Bucharest at the Jilava prison and was also sent to Pitesti, the place where the brainwashing experiments took place. Here in Pitesti he spent time in solitary confinement. In 1951 he was sent to the labor camp in the Danube Delta and eventually released under parole in the summer of 1953. He went to Iasi where his sister, Mother Benedicta, was a nun.

He was tonsured a monk in January of 1954 and a week later he was ordained a deacon at the Iasi Metropolia where he was allowed to remain until 1959, under surveillance by the Secrete Services, however. During this time he not only served daily at the Metropolia and sang in the choir, but he also conducted theological sessions with students from the Medical School and other universities, discussing the practice of the Prayer of the Heart, and interpreting the Philokalia for them. This caused him to be arrested again in 1959 and to spend another year under interrogation. Not being sure what kind of accusations to bring against him he was accused of having been part of the Burning Bush movement along with 15 others and was sentenced to 18 years of forced labor. From 1959 to 1964 he spent time in various concentration camps in the Danube Delta. 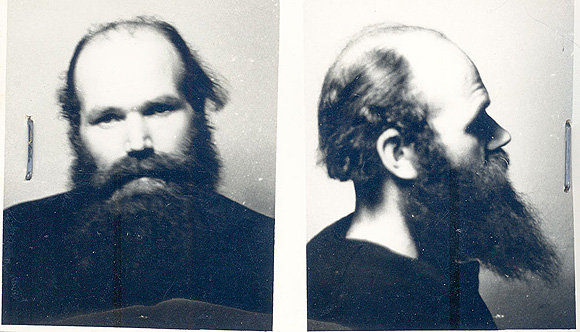 The year 1964, under pressure from the West, brought the Amnesty General decree when all political prisoners were freed. It is also the year he was ordained a priest at the Episcopate of Oradea. On January 1, 1965 he was installed as priest in a village in the Northern part of Romania; here he organized a choir of 100 children, a Sunday school, and performed all priestly duties for two years. The authorities did not look favorably on his work so he was moved secretly to another parish.

Being considered an “unwanted element” by the Communist government, the Patriarchate sent him as a missionary to Brazil. After four years in Sao Paulo, Brazil, in 1972 he was invited by Archbishop Valerian of the Romanian Orthodox Episcopate of America to come to the United States. For the next five years he worked for the Episcopate by translating Romanian church music into English, he was active in the religious education program for children, belonged to the committee that translated religious Romanian text to English, as well as substituting in different parishes across the United States and Canada. 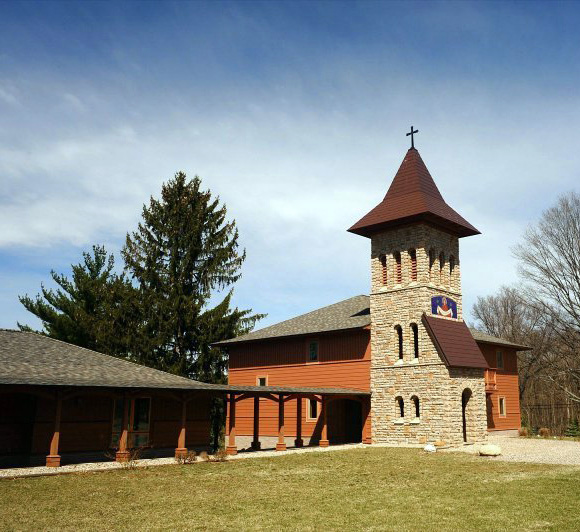 The monastery of the Dormition of the Mother of God in Rives Junction, Michigan

From 1979 to 1982 he was occupied with the functions of a parish priest at Holy Trinity Church in Youngstown, Ohio. From Youngstown he was assigned to the St. George Cathedral in Southfield, Michigan, and from there, as priest and spiritual father to the Holy Monastery of the Transfiguration in Ellwood City, Pennsylvania. After five years in Ellwood City, in 1988, he retired to the monastery of the Dormition of the Mother of God in Rives Junction, Michigan where he remained for the rest of his life. The next 15 years at the Dormition Monastery were filled by the complete cycle of liturgical services, counseling, teaching and pastoral ministry. Up until the past two years he never missed a service, and maintained his prayer rule intact: rising at 2:00 am, reading morning prayers, preparing for church and to be in church at 5:00 am sharp. Most of the same schedule he has maintained even after he was diagnosed with prostate cancer, with the exception that, as time went by, he no longer had the strength to attend all the services. 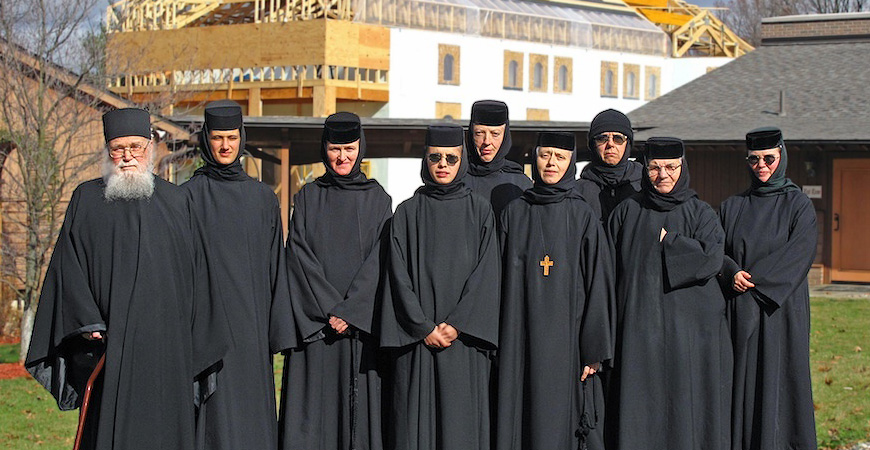 Fr. Roman with the nuns from the Monastery of the Dormition of the Mother of God

He, however, never missed a Divine Liturgy for which he always prepared in advance, regardless of how tired he was. His spiritual children were and are many and he never forgot anyone of them, even if he did not see them for many years. During the Spring Session of the Holy Synod of Bishops of the OCA, on March 17, 2015 Father Roman was awarded the order of Saint Romanos in recognition for his outstanding contribution in the field of liturgical music in the OCA’s Romanian Episcopate of America. The award was presented to him by Archbishop NATHANIEL on the Feast of the Annunciation on March 25, 2015.

He became bed bound only 10 days before his repose, but remained lucid and completely aware of his surroundings until the very end.

May God rest his soul in peace!