In the Middle East, death is defeated on the Cross

In recent years, particularly after the uprising among the Arab peoples, with the so-called ‘Arab Spring’ after 2011, Christians in the Middle East have been subjected to continuous persecution from Islamist organizations in countries in the region. 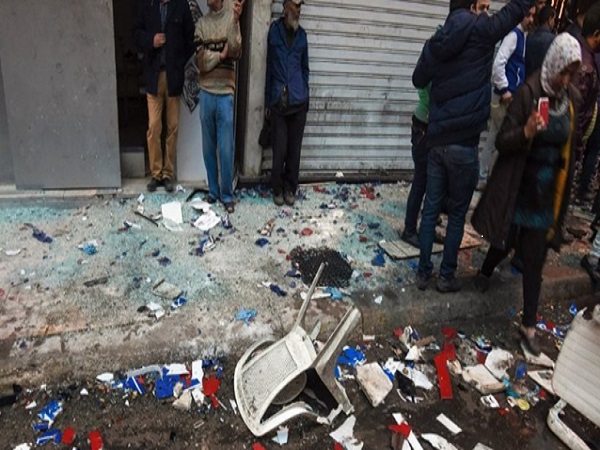 About three years ago, on 29 June 2014, the Islamist organization ‘Islamic State’ proclaimed the foundation of the Caliphate in regions of Iraq and Syria. Since then, the hardships endured by the Christian minorities in the Arab world have been very considerable. Particularly since the occupation of areas in Iraq, Islamic State fighters have abducted clergymen and nuns, and have given Christians in the region a 48-hour deadline to leave their homes. At the same time, monstrous crimes have been committed against the Christian minorities, with churches and monasteries being vandalized. Typical of these crimes is the beheading of 21 Coptic Christians on the coast of Libya by executioners of the Islamic State. Other mass executions have followed, such as those of 30 Ethiopian Christians. At the same time, the constant bombing of Christian churches in Egypt has shaken the world community. The latest terrorist attacks against Coptic churches in the Tanta region and in Alexandria have dramatically highlighted the persecution of Christians in the Middle East and the Arab/Islamic world.

What Christians are experiencing in the Middle East today is living proof that they’re preaching the true Gospel. The blood the numerous martyrs have shed over recent years proclaims, demonstrates and asserts their Christianity and their Christian ethos. There’s also the well-known saying that if a Gospel isn’t persecuted, it’s not genuine. The Christian world is being called upon today to offer new witness, witness par excellence: the sacrifice of a person’s most precious possession, his or her life, for the sake of Christ. Christians may be called upon to die because they believe in Christ and worship Him, to provide the same witness as those millions who were martyred at the time of the persecutions by the pagans. We should not be troubled about this; on the contrary, it should bring us strength and joy, because Christianity has never feared or been threatened by persecution. In fact, Christianity prospered and flourished at the time of the persecutions, providing the Church with a host of saints and martyrs who are still a sure signpost and an example for us to follow, since they applied the Gospel commandment: ‘Become holy as I am holy’ (I Peter, 1, 16).

As we experience the holy days of Great Week which mystically introduce us into Christ’s Passion, the contemporary sufferings of Christians in the East are a vivid reminder that death is overcome by death, when this death is voluntary and crucified.