Religion / Orthodoxy in the West
Archbishop of Canada Sotirios

The Joy of the Communities of British Columbia

All four priests are graduates of the Toronto Orthodox Theological Academy; young, vibrant, full of life, doing excellent work in their Communities, especially regarding youth matters. 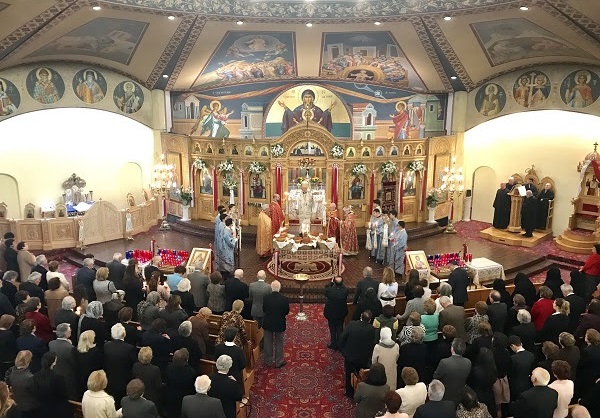 The Metropolitan and all of the Priests, from Friday of the Life-Giving Font on April 21st until Wednesday April 26th, celebrated five Divine Liturgies and one Great Vespers.

The joy of the Communities was the participation of the faithful Christians in the Divine Liturgies and the Vespers service.

Especially at the smaller Communities, their joy was in seeing the Metropolitan and the Priests conducting the Divine Liturgies in excellent Byzantine Music.

In the missionary Community of Penticton, which is served by Fr. K. Kaltsidis once a month, as they had not received the Ressurection Light, Metropolitan Sotirios chanted Come Receive the Light. Everyone received the light and they were holding their lit candles.

The faithful participated with so much faith and devotion and received Holy Communion. 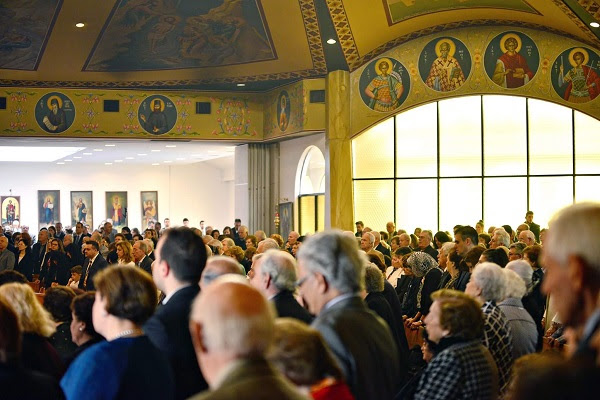 Both young and old, and especially the children, were so happy as one by one, they cracked their red Easter eggs with Metropolitan Sotirios.

The Holy Church of St. George and the Hellenic Community of Vancouver, celebrated their 90th Anniversary with Great Vespers and the Divine Liturgy on the Feast Day of St. George and with a well organized luncheon at which 700 participated.

During the luncheon the Community honoured the Retired Priest, Fr. D. Partsafas who served the Community with devotion and great capability for 40 consecutive years.

The reigns were passed from Fr. Partsafas to Fr. C. Economos who has continued the spiritual upward progress, in an exemplary way.

The Community also honoured Mrs. Dionysia Giannakopoulos who has served the Ladies Philoptochos for 50 years, as a member, President and Vice-President for Western Canada.

The last honour went to the Honourable Archon Depoutatos G. Tsakumis who has offered his services to the Community for over 50 years, as a member, President and also as commercial attaché of Greece. 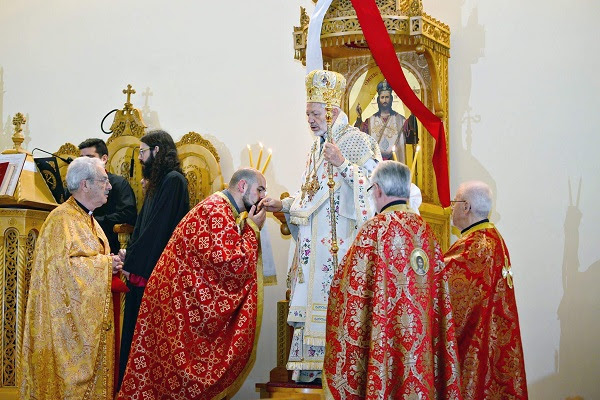 The President, Ms. Pamela Tsatouhas and the Vice-President Mrs. Helen Nicolidakis-Soulsbury, spoke about the history and the work of both the Community and those honoured persons.

The Consul General of Greece Mr. A. Ioannou brought greetings from the Motherland Greece.

Last to speak was Metropolitan Sotirios who shared with all his first visit to the Community of Vancouver.

During the Metropolitan’s speech the 700 attendees would cry, applaud and cheer. When he mentioned the service of Presbytera Irene Partsafas there was a standing ovation with tears, applause and cries of joy. The meal ended with a prayer and all chanting Christos Anesti.

All of this was the joy of the five Communities of British Columbia who were visited by Metropolitan Sotirios and the priests.