Absence Of Heavenly Fatherhood Makes Us Equivalent to Death

Because without the eternal Father, people’s love and, indeed, they themselves are equivalent to time and therefore to death. Time makes death the content of desire (love) and thus, the content of us people, who are nourished only by it. It’s no coincidence that this truth regarding the organic relationship between love and death was felt more intensely in modern times, by a Jew, Sigmund Freud. It was only on the basis of the Jewish subconscious, shaped by the notion of dread Yahweh and a yearning for the forbidden fruit, which begets death (Gen. 2, 17; 3, 6) that it was possible for the Oedipus myth to assume such enormous dimensions in Freudianism. 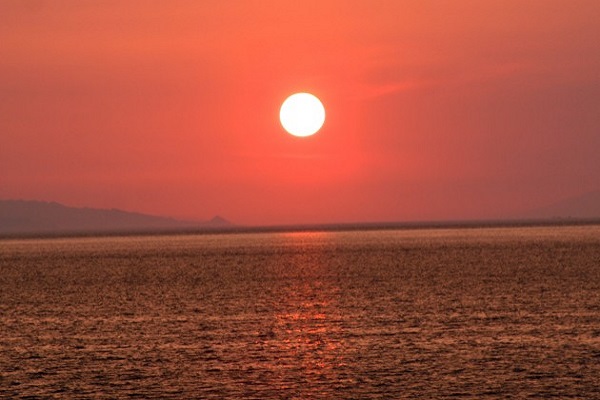 With disdain will I throw my gauntlet
Full in the face of the world,
And see the collapse of this pygmy giant
Whose fall will not stifle my ardour.
Then will I wander godlike and victorious
Through the ruins of the world
And, giving my words an active force,
I will feel equal to the Creator.

This is nothing other than an attempt to put into practice not only Prometheus’ but also Lucifer’s plan for the world and the people in it, in the same serpentine manner. From all indications, his innermost secret desire was to ‘abolish’ God. At his first meeting with the 23-year-old Marx, Engels recalls that it seemed that Marx wanted to seize the heavenly tabernacle and dash it to the ground with all his might. It’s clear that neither Freud nor Marx knew any God other than the dread Yahweh, who lorded it over people like a master with his slaves. This is at the root of their rebellion against Him and the creation on their part of their own ‘god’ (libido, revolution).

Alas, to them and to some witnesses of the events in the New Testament, the mystery of heavenly fatherhood and sonship remained a closed book, because both of them were blind and deaf to Christ, who revealed this mystery and gave it to the world. But without Christ, the core of all earthly authority is violence. Through the tyranny of death, which is at the root of both erotic love and homo economicus, we become hopeless, condemned, destined for nothingness, while our course in history becomes a compulsory training and extortionate preparation for annihilation upon the more or less spectacular, blood-stained stage of this world.

All of this would be inevitable were it not for spiritual paternity as liberation from death and as the elevation of people from the rank of slaves to the status of free children of God. This is why any struggle against it is nothing more than an underlying thirst for self-destruction through self-condemnation to the tyranny of death and tyrannical violence towards other people. And all of this in the name of their own welfare and ours! The more this struggle intensifies, the more people will feel enfeebled in the face of the explosion of the elemental forces within them and of the external violence imposed upon them. And the more this heavenly fatherhood reveals its splendour to us, as our only saviour and the fulfilment of our being. Because this is the modus vivendi of God and our means of communication with Him. According to the model of the holy fathers, this is the only authentic way of being for God’s rational creation. It’s only where heavenly fatherhood is realized and instructs that authority ceases to be a sadistic father and people become children rather than slaves. ‘And because you are children, God has sent the Spirit of his Son into our hearts, crying, “Abba! Father!”. So you are no longer a slave but a child, and if a child then also an heir of God, through Christ’ (Gal. 4, 6-7). Whose heir? The heir of the only Father, and sharer in the unique fatherhood, through which all of us become one in the Father, the Son and the Holy Spirit.