The Theology of Gender – 19. The Letter and Spirit of the Canons

The examination and interpretation of the canons should be done in consideration of overall legislation. St. Basil and all the Fathers do not act as individuals in the name of their own will, but as persons that are in communion with God, therefore they express the consciousness of the Church.[1] The experience of the Church on issues of spiritual guidance and assistance for Christians is compacted in the canonical tradition, which is part of the Holy Tradition. Still, according to Romanides, the way of interpreting and using the canons can be dangerous for the spiritual life of people, if he who applies the canons is not qualified for this demanding task.[2]

The first and most authoritative person for the execution of the legislative authority of the Church is the bishop, who by extension may grand to the presbyters the right to administer the pastoral application of the canons. According to St. Nikodemos, the bishop is the one who first achieves the illumination and experiences theosis, and then helps the others attain the same achievements through his pastoral guidance.[3] 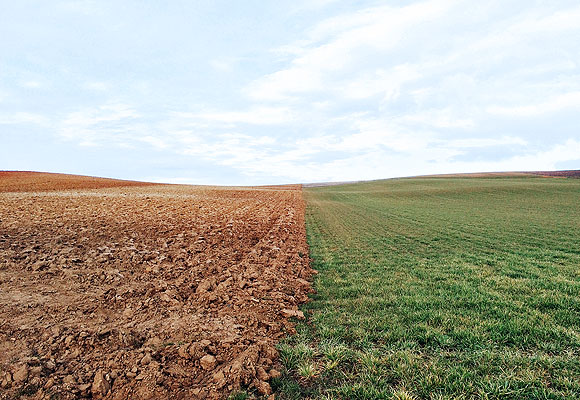 The gift of discernment (διάκριση) presupposes the experience of theosis and is an essential requisition for the spiritual father, so that he will be able to apply the canons appropriately to every individual situation.[4] St. John of the Ladder distinguishes three stages of the virtue of discernment[5]: for the beginner is the knowledge of one’s self, for the intermediate is the ability to distinguish the natural good from the real good and its opposite, the evil, and finally for the perfect, discernment is knowledge through God’s illumination, which can also illumine the darkness that exists in others.

A personal testimony of the importance of discernment in the application of the canons by the spiritual father is given by the very well known Elder Porphyrios, who in the consciousness of people is considered a modern saint.[6] He admits for himself that when he first started his pastoral work as a spiritual father, he observed the letter of the canons without consideration of the individual situation, which resulted in devastating consequences on the spiritual life of sinners. Instead of advancing spiritually, those who gave their confession were discouraged and they abandoned every effort in the spiritual life. But he found in the canons themselves, as he confesses, the way to overcome this situation. Canon 74 of St. Basil was the key in changing the elder’s attitude toward the application of penances, resulting in his ability to finally help many Christians to mature in faith.

The profile of a good spiritual father is given by St. Basil in order to advise Christians in their search for a spiritual father who would be able to help them advance spiritually.[7] According to him, a good spiritual father should live a life of virtue and have knowledge of Scripture. He should be devoted to Christ, should be peaceful, non-resentful, and not shallow. In the prescription of penances he should take into consideration the spiritual maturity of the sinner, and be compassionate to those who are less conscious, without ignoring their sin. He should also be able to assist those who are more advanced in spirituality.

The task of a spiritual father is a very challenging one because he is entrusted to exercise “economy” according to his good judgment. In his canon 54, St. Basil acknowledges the authority of the spiritual father to adjust the sentence according to the particular situation: “it is permissible to your good sense of judgment to increase the penalties or to relax them in accordance with the peculiarity of attending circumstances”[8], because ”the one who confides in the philanthropy of God and able to loose and bind, if he exercises even greater philanthropy, may mitigate any heavy penalty imposed upon the sinner confessing if he sees that to be with fervor, by shortening the time. And in doing so he does not become worthy of condemnation.”[9]

Nevertheless, while “economy” is a means for the salvation of the sinner, it can also have a destructive impact in the life of the Church if it is used excessively, neglecting the overall spirit of the canons and the tradition of the Church. St. Symeon of Thessalonica considers faithfulness to the tradition of the Fathers as the assurance that the grace of God continues to remain in the present time. He is very cautious on the application of the canons, and only accepts deviation from the rules when the sinner’s repentance is deep and proven with acts. St. Symeon advises spiritual fathers to be careful in the application of “economy” because arbitrary use of this right given to the spiritual father may result in his condemning the sins of those whom he was called to help.[10]

A careful examination throughout the canonical tradition reveals that the canons are not static, legal documents, but express the living experience of the Church, which is in conformity with her people at every time. Thus, canon 18 of St. Basil, according to Zonaras’ interpretation[11], discloses the fact that the growth and maturity of the faith in a specific Christian community is an important parameter for the application of the canons. The penalty of minor excommunication should be applied in consideration to the intensity of the faith and the ethical standards of a particular Church. In times of slack moral principles the execution of οικονομία should be more frequent.[12]

According to Metropolitan Hierotheos[13] the application of the canons should be done in consideration of the following parameters: time and social circumstances, since the pastoral care of the Church is for citizens of a particular society; intention or non intention of the sin, which determines heavier or more lenient penalties; reason behind the sin and motivation of the sinner;[14] willingness for confession, which is also a consideration for the application of “economy”; scandal caused by the sin to other members of the Church;[15] and finally, the principle of “individualization”[16] which determines the imposing penances according to the different characteristics of the sinner’s personality.

The spiritual father has to make his judgment based on the above factors but he can never interfere with the person’s freedom (αὐτεξούσιον). Disrespect for the freedom of the person is, according to St. Gregory of Nyssa,[17] «deprivation of honor equal to god, for free will is equal to god».[18] Therefore, St. Basil in his canon 10[19] orders that the spiritual father has to judge according to the statements of the person giving the confession, even if he hides the truth.

Every sin has the same impact in the life of humans, namely, separation from God. Hence, adultery or fornication, regardless if the sin is committed by men or women, needs to be treated with the aim of reconciliation with God. However, many parameters should be taken into consideration in order to find the particular treatment for each situation.

Canon 4 of St. Gregory of Nyssa provides a significant interpretation of the canonical understanding of adultery:

“It has pleased some of the more accurate authorities, indeed, to deem the offence of fornication to be tantamount to adultery; for there is but one lawful state of matrimony and conjugal relationship, namely, that of wife to husband and of husband to wife …hence it is evident that fornication is not far removed from the offense of adultery, as has been shown by those who give the question more accurate consideration…Nevertheless, inasmuch as a certain concession was made by the Fathers in the case to weaker men, the offence has been distinguished on the basis of the following general division to the effect that whenever a man fulfills his desire without doing any injustice to another man, the offence is to be called fornication; but when it is committed by plotting against and injuring another man, it is to be called adultery.” [20]

The above canon is a testimony that St. Basil’s canons on adultery present the spirit of “economy” for the more weak, which is the male of his time, and not the true understanding of the Church on this issue. Passionate fulfillment of sexual desire, as every other sin, is considered primarily as an act against God, then against the sinner himself, and lastly against the wronged[21], as is the case in adultery. Therefore, although St. Gregory admits that the essence of the sins of fornication and adultery is the same, the second carries heavier punishment because of the injustice to another person.

Moreover, according to canon 18 of St. Basil, the virgin who is committed to God and then marries, is punished as an adulteress. The above canon should be understood not only in the spirit that the virgin is in a spiritual way married to Christ, but also in the level of faithfulness, which is the main characteristic of a true relationship. Accordingly, Israel is paralleled to an adulteress throughout the book of Jeremiah, because of its faithlessness to God. Christ also used the simile of the adulterous generation[22] to characterize the unfaithfulness of His contemporaries.

Although faithfulness is the characteristic of a true relationship, according to the canons it is not asked of men. The reason is that similarly to the relationship of Israel with its God, the faithfulness of man to his wife was a given, because as God chose His people out of His free will, man also chose his wife freely. On the contrary, as stated in chapter 2 of this paper, women did not have a choice in selecting their husbands, so their faithfulness was not a given. For this reason there is a sense in which the canons attempt to strengthen all the more the need for the women to be faithful because of the element of free will. Furthermore, as modern psychology believes, women are looking through their extramarital relationships for a companion and someone with whom to connect, while men desire to prove to themselves their power.[23]  Whereas men, often seek pleasure without any necessary emotional connection, it was a rare phenomenon for ancient women to search for mere carnal pleasure in relationships outside their marriage. Consequently, the infidelity of women had an actual destructive impact in the matrimonial union of the couple, and therefore was greatly condemned.

The higher expectations by society concerning woman’s moral principles, is the key for understanding why women’s transgressions seem to be heavier than those of men. Additionally, women’s nature, the social standards, and the key role of women in the structure of the family and the raising of children, are all the parameters that are implicated in the application of the canons on women.

In conclusion, the interpretation and application of the canons at every time is a sensitive balance between the permanent and the temporary. Without ignoring the fact that the Fathers legislated for things that could be applied to a given situation and society, it must be also admitted that the eternal teachings of the Church live in the spirit of the canons at all ages “for the letter kills, but the Spirit gives life.”[24]

[2] Professor Romanides paralleled the use of the canons with the use of the knife by a surgeon and a butcher. The first uses the knife masterly, for the healing of the sick, while the second just for cutting the meat. In the book, Hierotheos Metropolitan of Naupaktos and Agios Vlasios, Ἡσυχία καί Θεολογία, (Λεβαδειά, 2004), 183.

[14] According to L. Patsavos, professor of Canon Law, the Church law’s “…main object of concerns is the inner disposition and intention behind one’s actions,” in Patsavos, Spiritual Dimensions of the Holy Canons, 5.

[15] A transgression committed by clergy has heavier impact.

[18] Translated by the author.