The present article constitutes a brief reference to the life and work of Sergei Bulgakov, on attaining seventy three years since his death. 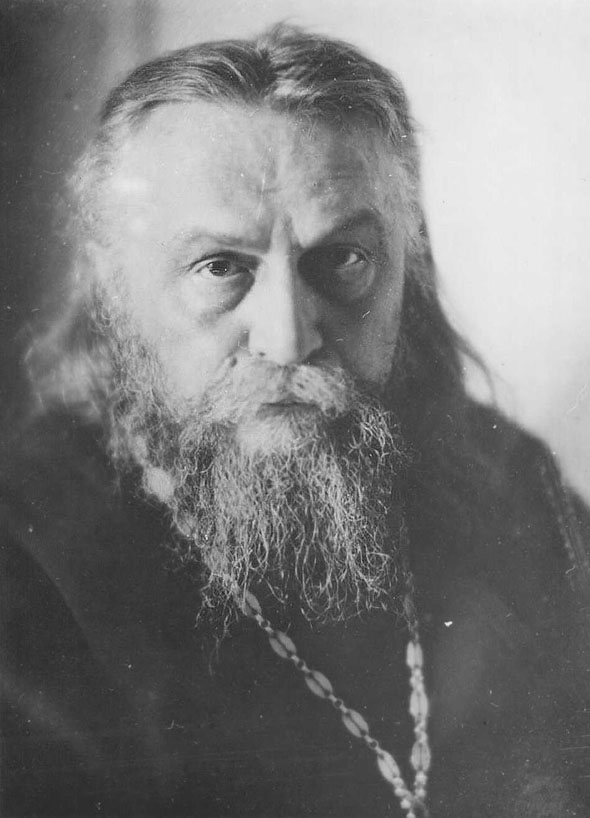 Sergei Bulgakov was born on 16 July 1871 in the town of Livny, south of Moscow. Although he was raised in a religious ambience, he, in the beginning of his spiritual course, espoused Marxism and more so under the form of the so called ‘Legal Marxism’movement.

Bulgakov’s first publication is entitled “The Significance of the Market in the Capitalist Production System” (1897). Discussing the possibility of the development of capitalism in Russia as a transition stage towards a socialist economy, Bulgakov accepts the necessity of the capitalist evolution, mainly on the issue of agricultural production. However, this stance contradicts the views of both the narodniki (=populists) as well as those of the consistent Marxists. The main work of this era is the two-volume Capitalism and Agriculture (St Petersburg, 1900). It is hereby noted that his effort to interpret the problems of agriculture according to the Marxism categories, made him realize the limitations of the Marxist theory and its inapplicability to this special sector of the economy. This was a ‘from the inside’ criticism of Marxism (L. Zander, “Memoir”, in vol. Sergius Boulgakov, A Bulgakov anthology, ed. J. Pain-N. Zernov, Philadelphia, 1976, p. xxi). 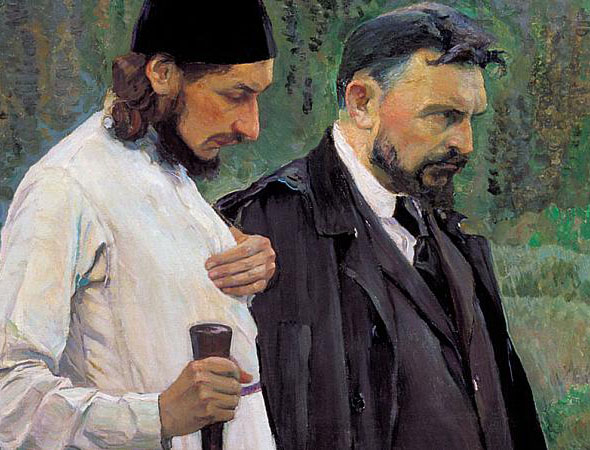 Then we come to the second phase of Bulgakov’s course, which, chronologically speaking, should be placed, between 1905 and 1917. Bulgakov is now a Professor of Political Economy in the University of Kiev and in the University of Moscow. The Revolution of 1905 constitutes an important landmark of the era as its ideological roots lie, up to a certain degree, on the notions of the ‘Legal Marxists’. It is at this exact period that Bulgakov, under the influence of the German idealism, rejects the anthropological and the social expression of the Marxist world view. Hence, the Russian author contradicts the notion of the individual as an economic unit and the identification of the individual’s psychology to the psychology of the class. One of the first main texts of this period, published in 1906, is entitled Karl Marx as a Religious Type (D. Baltas, trans. in Greek, Athos, Athens 2004). Some of the works of this era that need to be mentioned are the two-volume article collection entitled‘From Marxism to Idealism’ (St Peterburg, 1903), the also two-volume article collection‘Two cities. Investigations into the nature ofsocial ideals’ (Moscow, 1911), the celebrated thesis under the title The Philosophy of Economy: The World as Household (Moscow, 1912) and the massive The Unfading Light: contemplations and speculations (Moscow, 1917), which is a notable contribution to religious philosophy. Finally, the volume ‘Quiet Thoughts’, which includes articles dated between 1911 and 1915, can be traced in the same era. (One of these articles, having been translated, is included in my volume Russian Philosophers, 19th -20th century, Savalas ed., Athens 2002, pp. 54-67, in greek).

The last phase of Bulgakov’s spiritual development begins after the Russian Revolution of 1917 and is completed at the end of his life. Although Bulgakov does not especially investigate the nature of the Revolution of 1917, not in the sense that N. Berdyaev (1874-1948) does for example, a profound change in his life and thought has taken place, which is also reflected in his decision to enter priesthood. It is known that he was ordained an Orthodox Church priest in June 1918 in the Trinity Lavra of St Sergius, in the presence of a few distinguished friends, such as P. Florensky, N. Berdyaev et al. However, this fact does not necessarily mean a transition from philosophy to theology. It is more accurate, I believe, to maintain that Bulgakov is both a philosopher who theologizes and a theologian who philosophizes as well. Indeed, what creates an impression is Bulgakov’s enthusiasm during the era when he was a Marxist as well as when he returned to the Orthodox Church. Then he went to the University of Simferopol in Crimea until 1st January 1923, when he was exiled. It was then, in Yalta in 1922, that he wrote Sous les remparts de Chersonese published in French in 1999.

From 1925 until 1944, the Russian thinker teaches the orthodox doctrine at the Institut de Theologie Orthodoxe Saint-Serge in Paris. It is mentioned that when he arrived at St Sergius “…he was known as the Marxist economist rather than the newly converted and ordained. That is why there was a lot of reaction against his appointment at the Institute, although most of his supporters were strongly anticommunist Russian immigrants” (Θ. Σταύρου, «Σεργκέϊ Μπολυλγκάκωφ», Θρηκσευτική καί Ἠθική Ἐγκυκλοπαίδεια, τ. 9, 187). Of course, later on, Bulgakov was a respectful figure who dominated St Sergius for many years. In this – the third – phase of his spiritual development, Bulgakov publishes two trilogies of doctrinal content: a. ‘The Burning Bush: On the Orthodox Veneration of the Mother of God’. (Paris, 1927, in Russian), ‘The Friend of the Bridegroom: On the Orthodox Veneration of the Forerunner’, (Paris, 1927), ‘Jacob’s ladder: on angels’ (Paris, 1929) and b. ‘Le Paraclet (Paris, 1936), The Incarnate Word (Paris, 1943), ‘The Bride of the Lamb’ (Paris, 1945). Also another work of this era is the concise work ‘L’orthodoxie’ (Paris, 1932). Apart from these, the following works are of a special philosophical interest: Die Tragodie der Philosophie (Darmstadt, 1927), which refers to the dialectics of the 19th century German philosophy, The Wisdom of God. A brief summary of sophiology (London, 1937), in which Bulgakov briefly alludes to his sophiological theory, and finally Philosophy of the Name, (L’Age d’Homme, Lozanne, 1991) which constitutes Bulgakov’s important contribution to language philosophy.

For the record, it should be mentioned that Bulgakov also visited Greece in 1936 when he participated in a Pan-Orthodox Congress in Athens. Three years later, father Sergei was stricken “by cancer of the larynx, but after two surgeries he escaped the danger; he lost his voice though and survived until 12th of June 1944”.
(Η. Mastrogiannopoulos, Θεολογικές Παρουσίες, Athens, 1986, p. 57).