The Apostolic Sermon in the Late Middle Ages (12th-14th c.)

In the ‘studium generale’ [14] of Paris, professors of the Old and New Testament also taught homiletics to monks and the order of ‘regolari’ [15]. Peter the Chanter [16] distinguishes three ways of approaching Scripture: lectio, disputatio, praedicatio (reading, disputation, preaching) [17]. The audience consisted of bishops, clerics, monks and students. The most important teachers were Peter Abelard and Peter the Lombard. They developed an allegorical interpretation and branched off into more general subjects. They cultivated the Scholastic philosophy in their preaching, which was in the style of the sermo modernus [18], or theme-based, in contrast to the homilia antiqua [19]. It was based on a ‘theme’, which was brief, complete and clear. It had recourse to the Scriptures or the Fathers and began with a ‘preface’ which was different from the theme itself, though not entirely so. As regards this preface, there was a relevance in terms of words and meaning and it was aimed at the emotional engagement of the audience, though it was often omitted. 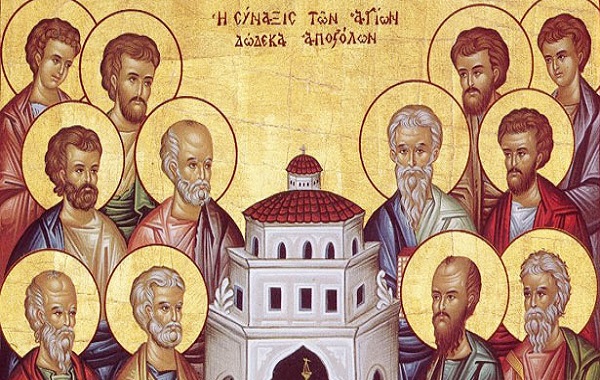 This was followed by an appeal for the success of the sermon, then there was an introduction to the theme, a brief comment explaining the choice of subject. Thereafter came the divisio, the breakdown of the subject. This itself was also divided into the divisio externa, which took a concept from the opening statement, interpreted it and broke it up into parts; and the divisio interna, which was concerned with the actual words of the statement and their interpretation. Then came the confirmatio or confutatio, acceptance of certain positions or their refutation and the prosecutio, where the theme was developed, by subdividing the parts of the initial division and by subdividing the subdivisions. This method obviously provided a great deal of material for the sermon. Finally, there was the conclusio, which could be in the form of a supplicatory prayer, in which case the epilogue of the speech/sermon formed a circle with the prologue, which usually also began with a supplication [20]. The theme was compared to a tree: the opening statement being the roots, the introduction the trunk and the division and subdivisions the branches.

It’s clear that the sermo modernus was influenced by judicial oratory, which was better known in Rome than bravura rhetoric. The works of Cicero and Quintillian [21] were more familiar to Saint Augustine than the Second Sophistic which was flourishing at about the same time in the East. In the Late Middle Ages, Scholasticism was familiar with judicial speeches [22], as well as the argument-style of Dialectics, since, in the teaching of the trivium (Grammar, Rhetoric and Dialectics), Rhetoric, which was concerned with the beauty of discourse, was not given the same weight as Dialectics, which had to do with exercising the mind in the quest for convincing arguments.

The sermon which was addressed to the uneducated also followed Scholastic methodology, the only difference being the use of popular Latin, hand gestures, facial expressions and control of the tone of the voice in an effort to sway the audience [23]. For the same reason, a preamble was added before the theme which was contained in the supplication. At this time, great use was made of exempla, that is anecdotal narratives or events [24] which were used as supplementary means to illustrate an argument. These might be Lives of the saints or various miracles.

Undoubtedly, the main role in the Latin language homiletic tradition in the 13th and 14th centuries was undertaken by the ordines mendicants, the mendicant orders of the Franciscans and Dominicans [25], who were active in the squares of the large and small towns on feasts-days and week-days, but particularly during Lent, at Easter and Christmas. It was they who established the sermon as a prime concern of the Church and, together with confession, it was a genuine contribution to pastoral care. The monks of these orders were highly educated, in the trivium and quadrivium, they engaged in personal study and were often graduates of the Theological School in Paris and, later, other medieval cities. The ideal preacher was one who strengthened the Church through his knowledge, his ability to connect with the ordinary public and his personal example.

[14] The customary name for a university in the medieval period. For more on the Theological School in Paris, the subjects taught there and Scholastic methodology, see Dimitra Koukoura, Η σπουδή στη Θεολογία, Barbounakis, Thessaloniki 2016, pp. 104-10.
[15] The clerics regular, monks who were active in the pastoral and preaching fields, with the permission of the local bishop.
[16] Petrus Cantor Parisiensis (†1197), author, theologian and hymn-writer. His most important work was Verbum abbreviatum, Opus morale omnibus theologis, pastoribus, confessariis, concionatoribus, jurisconsultis et cujuscunque conditionis hominibus utilissimum, in Patrologia Latina, vol. 205, coll. 9-554.
[17] The disputatio was an oral discussion which followed the form of a dialectic between a number of speakers before an audience. This public discussion involved a variety of stages: the question or theme (questio), which had been formulated by the master and concerned a particular text and an opposing view (opponens), which put forward the objections, usually undertaken by the holder of a degree whose responsibility it was to propose counter-arguments, in order to ensure a public discussion. When all the arguments had been exhausted, the master delivered a verdict based on the arguments put forward. This was known as the determinatio, and was preceded by the refutatio, which eliminated the counter-arguments.
[18] Modern scholars also call it thematic or academic discourse. In the centuries following the fall of Constantinople (1453) the sermo modernus was introduced into the Greek-speaking East, as ‘ecclesiastical discourse’, by clerics who had studied in Italy. From then on, it co-existed with the Patristic homily, generally in a more simplified form. See Panayiotis Trembelas, Ομιλητική, the Sotir Brotherhood of Theologians, Athens, June 1976, 3rd edition, pp. 233-75.
[19] The monastic preachers followed the example of the 6th century Pope, Gregory the Great (Moralia in Job, Homiliae in euangelia), which was similar in structure to the homiletic example of the Fathers of the East.
[20] In the 12th century, a new literary genre appeared, that of the art of preaching (ars praedicandi), which for three centuries promoted the sermon in exemplary fashion. There were some 200 manuals in circulation which set out, in a systematic way, the construction of a sermon and are an indication of the thriving state of homiletics at that time. For more, see Siegfried Wenzel, Medieval Artes Praedicandi, A Synthesis of Scholastic Sermon Structure, University of Toronto Press for the Medieval Academy of America, 2015, part II, Scholastic Sermon Structure, pp. 45-86.
[21] Short bibliography: Aristotle, The Art of Rhetoric, Trans. John Henry Freese, Loeb Classical Library, 1982. Cicero, Ad G. Herennium: De ratione dicendi (Rhetorica ad Herennium), Trans. Harry Caplan, Loeb Classical Library, 1954. Cicero, De inventione, Trans. H. M. Hubbel, Loeb Classical Library, 1949. Cicero, De oratore, 2 vols., Trans. E. W. Sutton and H. Rackham, Loeb Classical Library, 1942. Quintilian, Institutio oratoria, Trans. H. E. Butler, Loeb Classical Library, 1920.
[22] Exordium (introduction), narratio (the nature of the theme), partitio/divisio (brief presentation, confirmatio (the main part of the oration), refutatio (answers to objections), and peroratio (summary).
[23] Instructions contained in the essay Rhetorica ad Herrenium regarding the delivery of a piece of oratory, such as the modulation of the voice (vocis figura) and movements of the body (corporis motus)
[24] This is the expression or description, one of the 14 exercises in rhetoric which were taught to students in the trivium. They included encomia of personages or descriptions of places, events and so on. The author of the Exercises was Aphthonius, from Antioch, a pupil of Libanius. Because of the clarity of the work and its examples, it became a standard text in Byzantine education, and was translated into Latin, with the addition of many notes added in the 15th century, by Rodolphus Agricola. Kennedy, op. cit., pp. 323-30.
[25] On the evolution of the orders of mendicants and the social and economic milieu from which they emerged, see The Origin, Development, and Refinement of Medieval Religious Mendicancies, edited by Ronald S. Prudlo, Brill 1976.