The Creation of the World: The Crossroads between Theology and Science [4]

Moreover, the truth is that the idea of creation from nothing had begun to gain ground in the mind of the scientific community, a concept that was clearly closer to a religious approach to things[18]. Already a great figure in science in the 20th century, the physicist and philosopher of science, Sir Arthur Eddington (1882-1944), using a logic dependent probably on Occam’s razor[19], declared that the difficulties presented by a beginning (of the universe), are so insurmountable that they can be avoided only if we invoke a supernatural cause[20]. 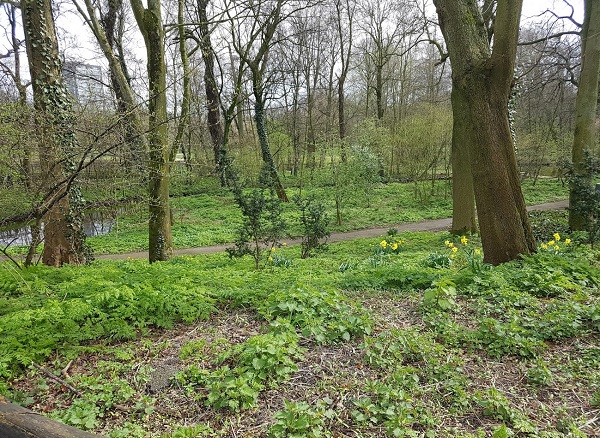 On the other hand, the scientific thinking which has revolved around the secular line in recent centuries has sought interpretations of things within the universe, without recourse to entities or principles outside the world[21]. One such effort is the proposal of the so-called Anthropic Principle, according to which the universe evolved towards the creation of intelligent beings (although for some people the exact opposite is true: this particular proposal has a distinctly theological overtone)[22]. In another instance, Stephen Hawking attempts to find a detailed explanation of the obvious fact of creation through the idea of an overwhelming physical necessity, to which even a god/creator must, as a matter of course, submit[23].

It is certainly true that scientific thought has been particularly creative as regards putting forward proposals which overcome the metaphysical obstacles which arise from its findings. These proposals, at least those which involve theoretical consequences, await confirmation by observation. So far, the principles which have been proposed (creation without cause, random creation, indeterminacy and so on) seem not, at first reading, to be particularly troubling for the positivist-scientific way of thinking. On the contrary, their perspectives are rather interesting and acceptable for the solutions they offer to the impasse. In truth, however, they come into direct conflict with the norm of scientific reasoning as this is taught and has evolved- rather as though they’re returning to a point which they’d prefer to avoid.

[18] See, for example, James B. Hartle – Stephen W. Hawking, ‘Wave function of the Universe’, Physical Review. See also Georges Lemaître, The Primeval Atom. An Essay on Cosmology, Van Nostrand, New York 1950, p. 133; Mark Midbon, ‘“A Day Without Yesterday”: Georges Lemaitre & the Big Bang’, Commonweal Magazine 127 (6), March 2000, pp. 18-19.D 28, 15 Dec. 1983, pp. 2960 –75, here p. 2961; Edward P. Tryon, ‘What Made the World?’, New Scientist 101, 8 March 1984, p. 14; Alan Guth – Paul Steinhardt, ‘The Inflationary Universe’, Scientific American 250, May 1984, p. 128; John Barrow – Frank Tipler, The Anthropic Cosmological Principle, Clarendon Press, Oxford 1986, p. 442; William E. Carroll, ‘Big Bang Cosmology, Quantum Tunneling from Nothing, and Creation’, Laval théologique et philosophique 44 (1), 1988, σ. 59-75; Alexei V. Filippenko – Jay M. Pasachoff, ‘A Universe from Nothing’, Astronomical Society of the Pacific (entered 31-10-2015); Lawrence Krauss, A Universe from Nothing, Free Press, New York 2012. Hawking is particularly emphatic when referring to creation from nothing: ‘When we say that the universe comes from nothing, we mean literally nothing: because nothing can exist outside the universe’. See Stephen Hawking – Roger Penrose, The Nature of Space and Time, p. 85.
[19] A method of logic according to which the simplest solution to a problem is more likely to be the correct one. It is attributed to William of Ockam (1287-1347), an English Franciscan friar.
[20] See Arthur Eddington, The Expanding Universe, Macmillan, New York 1933, p. 178. The same conclusion seems to have been reached, via another path, however, by the well-known physicist Paul Davies, who posits an alternative solution- for a beginning with a creator as a beginning without cause . See Paul Davies, ‘The Birth of the Cosmos’, in: Jill Gready (ed), God, Cosmos, Nature and Creativity, Scottish Academic Press, Edinburgh 1995, pp. 8-9.
[21] Carl Sagan for example, in his introduction to the first edition of Hawking’s A Brief History of Time, points out that the conclusion of Hawking’s efforts is a universe which doesn’t require a creator. Nevertheless, he remarks a little earlier that in this work the word ‘God’ fills all its pages!
This line of thought is basically predicated on the conviction of the eternal nature of the universe, see David Hume, Dialogues concerning Natural Religion, IX, Bobbs-Merrill, Indianapolis 1947, p. 190. In a clearly a positivist version, the mathematician and philosopher Bertrand Russell suggests that we should be content with the existence of the universe (without needing to seek its cause and inception). See Bertrand Russell – Frederick Copleston, ‘The Existence of God’, in: John Hick (ed.), The Existence of God, Macmillan, New York 1964, p. 175.
[22] See John Barrow – Frank Tipler, The Anthropic Cosmological Principle. Another proposal, which, on a technical level, resolves the quandaries which arise is that of the existence of parallel universes. See William Stoeger, ‘God, physics, and the Big Bang’, in: Peter Harrison (ed.), The Cambridge Companion to Science and Religion, Cambridge 2010, pp.. 173-89.
[23] See A Brief History of Time, p. 33.