The occasion for the composition of this text was the anniversary of the Fall of Constantinople.

On days of historic anniversaries, we generally turn to the ideals which formed the motivating force behind the important events. As ideological imperatives, ideals are transformed when societies themselves change. This transformation has considerable repercussions on the lives of individuals and on society itself. The dialectic produced from a clash of ideals is one of the factors which have caused the greatest friction in the history of humankind and of civilization, from ancient times until today. 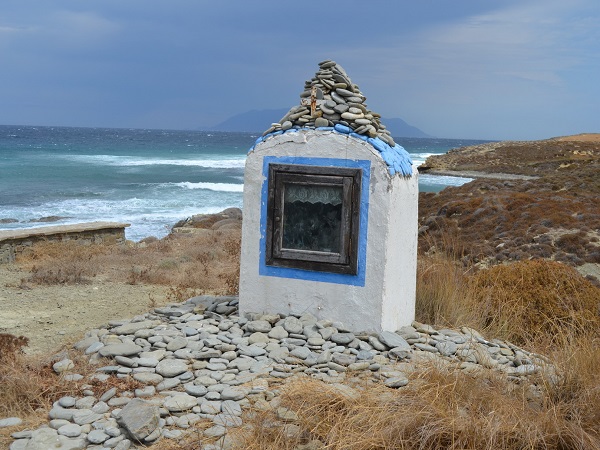 The interactions between the old and the new, the changes in priorities, the projection of ideologies as superior to others, the invocation of historical memory, with all the tragedy which that entails, and the dialectic between tradition and renewal all have an impact on people’s lives. Politics, education, everyday reality, personal life beyond internalization or rejection, what we call culture in the broad and narrow senses are all closely linked with the concept of the ideal. The sciences of psychology and sociology have studied in depth and breadth the procedures of idealization and de-idealization, as well as their consequences for the individual and for society.

From the moment that the realm of the Church and the spiritual life finds itself within time, society and civilization, it also participates in all these developments. It also adopts ideals and is influenced by them. But the Christian life itself has also contributed to the birth and formation of new ideals, to the point where it can sometimes be identified with them. Every discussion and debate on the content, the essence, of ideals and its relationship to Christianity and the life of the Church could be the object of much study and it would not be possible to touch on all aspects in a few lines.

The most general observation is that ideals play an important role in the life of people and societies, and therefore in that of Christians. We might even go so far as to say that they’re actually necessary, both as motives and as aims. Nevertheless, careful study of the sources of the life of the Church and theology, that is of the texts which record the essence of the Christian life, reveals an aspect and understanding of this subject which is quite different from the prevailing view.

In his book Λόγοι Ασκητικοί (Ascetic Discourses), Elder Aimilianos Simonopetritis interprets Abba Isaiah and writes: ‘people go to a monastery from a very profound desire to become acquainted with God, to love Him and to see Him. There’s no monastic vocation without that desire. And if I go motivated by some ideology, I’ll fail. I’d probably create my own God, thinking I was worshipping the true God, while in fact worshipping the idol I’d made. If I come to the monastery with ideals, I’ll see that every one of my days is both risky and arduous…[1] 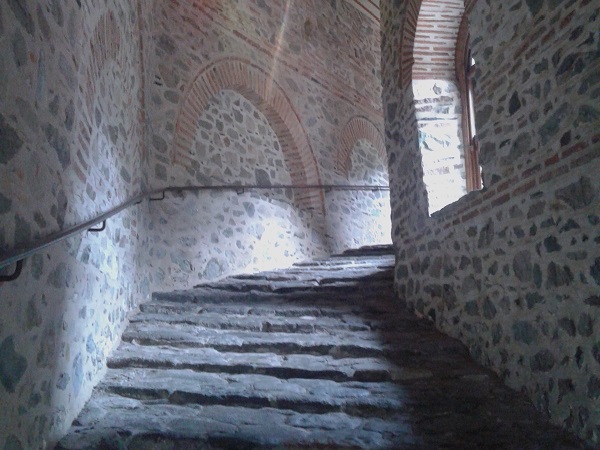 The entrance to the Monastery of Simonos Petras, where Elder Aimilianos was Abbot

In its essence, the Christian life is the perfect union of a human person with God. It’s the desire for this perfection that creates the motive for people to dedicate the whole of their being to this quest and so enter the monastic life. In essence, this call is true also for married Christians, although naturally under different conditions as regards their everyday life. This is so because all Christians receive the same baptism. But Elder Aimilianos sounds the alarm concerning the ideologization of the spiritual life. If this desire remains on the level of the ideal, it will create a hidden and particular form of idolatry, because people then don’t turn to God but deify and worship their own desire and ideal as God. The science of psychology signals the same danger in similar circumstances [2], though naturally without the ability to delve into the mystery of the experience of the Holy Spirit.

In Elder Aimilianos, as in the whole of the Patristic tradition, central, empirical knowledge is the relationship with the Personal/Hypostatic God. God is a Person/Hypostasis with freedom as regards the manner in which He reveals Himself to and communicates with people. He develops relationships which are personal, unique and separate. There are requirements for these relationships, but they’re not subject to impersonal, ‘active’ laws. The fundamental condition is that you should want and desire God and demonstrate this desire through repentance. The next step should be left to God, however. All that remains for the person concerned is to await and expect God.

In another one of his texts, the same Elder explains that the idealization of the spiritual life cultivates the feeling of the expectation of a sense of ‘spiritual well-being’[3]. This may prove to be dangerous for Christians and make them feel trapped and in despair when, instead of the reward of spiritual well-being, they encounter trials, temptations and deprivations in their lives. Knowledge of the everywhere-present love of God, as well as patience and hope are weapons which arm Christians, so as to prevent them from being defeated on the dangerous path [4].

Idealization and the ideologization of the Christian life which proceeds from it is a dangerous phenomenon in spiritual terms. Elder Sophrony is particularly insistent in noting that it can sever Christians from the very content of their faith and lead them into delusion. If it were possible to speak of an Orthodox Culture, that structure would be empty without faith, as this is expressed in the Creed, and without the centuries-old ascetic experience which foils any efforts at the ideologization of the faith. He says clearly that, if these two values, Faith and Asceticism, are rejected, then what remains of Orthodox culture is no more than Greek chant and Russian four-part singing [5].

Finally, does life in the Spirit prevent the creation of ideals?

If we transfer the question to Greek history, where the ideals of Hellenism and Orthodoxy have progressed together and have created a Greek Orthodox culture, which is under serious attack today on all sides, what do we see? Is the whole structure collapsing under the weight of the de-ideologization and de-idealization into which the authentic Christian life has been brought, as we saw above?

Probably the opposite is happening: the real Christian life makes us feel that God is present in all situations and particularly at times of trial and temptation. It prepares Christians against losing the ‘pearl of great price’ even in times of great suffering.

This is what Greek history has demonstrated in the last 564 years [since the Fall of Constantinople, on 29 May, 1453].

[1] Archimandrite Aimilianos Simonopetritis, Λόγοι Ασκητικοί: ερμηνεία στον Αββά Ησαΐα, The Holy Convent of the Annunciation of the Mother of God, Ormylia, Halkidiki 2005, p. 18.
[2] You Shall Be as Gods: a radical interpretation of the Old Testament and its tradition (1966) ISBN 978-0-8050-1605-5.
[3] Archimandrite Aimilianos Simonopetritis, Χαρισματική Οδός: ερμηνεία στον βίο του Οσίου Νείλου του Καλαβρού, Athens 2008, p. 88.
[4] In Saint Silouan the Athonite, this attitude is revealed as a state of prayer of the heart, with the words: ‘Keep your mind in hell and do not despair’. Archimandrite Sophrony Sakharov, Saint Silouan the Athonite, Essex 1995, p. 378.
[5] Archimandrite Sophrony Sakharov, Striving for Knowledge of God, Essex 2004, pp. 305-6.