Musical Manuscripts of Mt Athos & their Importance in Modern Research

The year is 1907 and the place is Mount Athos. A young man of not more then twenty-five years of age named Henry Julius Wetenhall Tillyard visits the Holy Mountain for the first time. The purpose and interest of his visit is the study of the musical manuscripts of Mt. Athos in his quest to decipher the earlier phases of Byzantine music1. With this visit of Tillyard to Mt. Athos the modem phase of musicological study of Byzantine music is born. To appreciate the significance of this event even more, let us mention that today, with our modem means of transportation, the tlip from the city of Thessalonike to Mt. Athos, is a journey of two-to-three hours of travel by road to the towns nearest to Mt. Athos, Ouranoupolis or Hielissos. This is followed by a two-to-three hour boat lide to reach the particular monastery that one plans to visit. I will let you imagine how long it would have taken Tillyard to reach Mt. Athos in those days.

Tillyard’s early interest in the study of these musical manuscripts soon attracted the attention of many other scholars and helped to elevate this neglected field of study to the status of scholastic endeavour. After the first fruits of Tillyard’s research, such as his work on “The Acclamations of Emperors in Byzantine Ritual”, in the Annual of the British School at Athens (1912), other western scholars such as Carsten Hoeg and Egon Wel­lesz started work in this field of study. In Greece, interest in such detailed study of Byzantine music started around the same time, with Konstantinos Psachos and Simon Karas.2 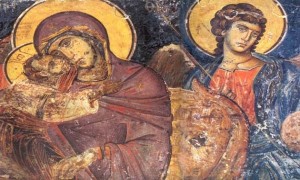 Byzantine Iconography οn Mt Athos 7 July 2019 The Protaton, the Monastery of Vatopedi and the Cretan School The Holy Mountain has been the great centre of Orthodox art since the fall of Constantinople. But art flourished on Mount Athos much earlier than that, as is shown by some icons and miniatures that have survived the severe vicissitudes through which the Holy Mountain has passed. Of t... 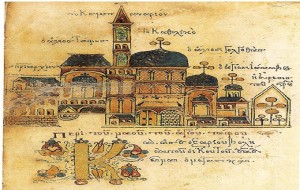 Illustrated manuscripts of Holy Land – Proskynetaria 17 June 2019 Proskynetaria is the name given to manuscripts containing descriptions of the monuments of Palestine, especially the Christian ones. They have many points of similarity with modern travel books or tourist guides to archaeological sites. The name derives from the word Proskynetarion with which the majority of them begin, and is, of course, connected... 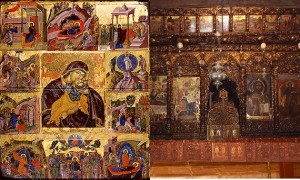 Looking East 31 August 2017 ‘Byzantium' at the Met In 1997, New York’s Metropolitan Museum of Art hosted an exhibit called “The Glory of Byzantium.” It covered the period from 843 to 1261, the time stretching from just after the resolution of the iconoclastic crisis until the restoration of the authority of the Eastern Roman Empire, following its fall to the Fourth Crusade i... 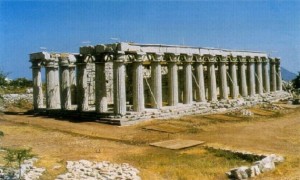 Christianity and Ancient Art: Rupture or Dialogue? [3] 26 August 2017 At the same time, we know from the sources that both the state and the Church recognized the aesthetic value of the monuments of the ancient religion. Thus, for example, in an edict of the emperors Gratian, Valentinian and Theodosius, in 382, there is mention of a pagan temple in Mesopotamia, which was to remain open so that people could enjoy the ... 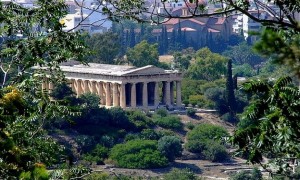 Christianity and Ancient Art: Rupture or Dialogue? (2) 23 August 2017 Typical of the ancient temples in this category (see part 1) is the case of the most important monument of Classical antiquity, the Parthenon. Its conversion into a Christian church possibly should be placed at the end of the 5th century or more likely to the period of Justinian. The ancient temple was converted into a three-naved basilica with t...