Millennialism (Chiliasm) in the early Church and today

Religious convictions concerning the end of the world, the final judgment, the justification of the righteous, the punishment of sinners by the Messiah, and His kingdom, have, for a thousand years, been at the centre of the heresy of millennialism (Chiliasm). This heresy is based on the book of the Revelation and, in particular, on chapter 20, verses 1-10. We shall attempt here to present the manner in which this teaching concerning the thousand-year kingdom of Christ arose and the repercussions it had on Christian communities at different times. We shall mention the Fathers who interpreted the text according to Orthodoxy and how the same passage has been seen erroneously by some contemporary ecclesiastical writers who have created heresies. We shall then briefly mention the modern heresies which represent millenarianism as something material, before the Second Coming. 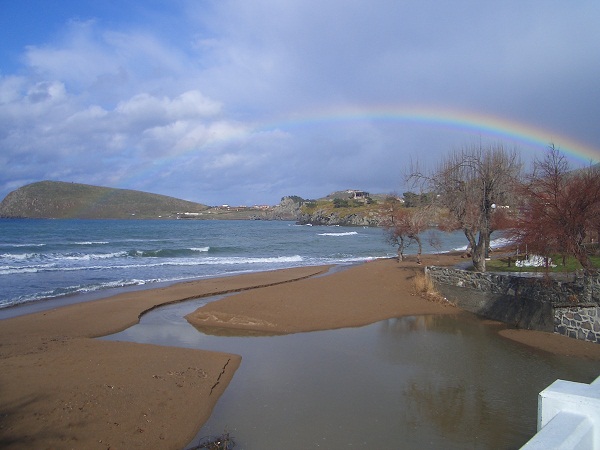 In all the great religions which have appeared at various historical stages, we come across millennialist doctrines. The thousand-year supremacy of Good over Evil is the central tenet of Millennialism, and it is to that that it owes its name. There are other related religious movements which embrace it, though they have their differences[1].

The term ‘thousand years’ was initially introduced from Saint John the Evangelist, from the Revelation. The thousand year reign represented the time between the triumphant appearance of the Bridegroom and the arrival of the Bride. Chapter 20[2], verses 1-6[3] refer to the thousand-year reign of Christ, in which the righteous and the elect will take part. Naturally the question arises as to who are and who are not the elect who will be present at the marriage of the Bridegroom and His Church. In this particular period, Satan will have been defeated, ‘so that he would deceive the nations no more, until the thousand years were ended’ (Rev. 20, 3). Here the influence of the passage Daniel 7, 9-10 is obvious: ‘As I watched, thrones were set in place, and an Ancient One took his throne; his clothing was white as snow, and the hair of his head like pure wool; his throne was fiery flames, and its wheels were burning fire. A stream of fire issued and flowed out from his presence.

The term ‘millennium’ is derived from the Latin ‘mille’(thousand) and ‘annus’ (year). Thus we have ‘millenarianism’ and ‘millennialism’, the latter of which is also expressed by the Greek ‘chiliasm’, also derived from ‘thousand’. [There is a technical difference which is more honoured in the breach than the observance. ‘Millenarius’ means ‘containing a thousand’ -of anything. Millennium means ‘a thousand years’. While it is obviously dangerous to over-generalize, millenarianism envisages, at least, the possibility of a violent introduction to the ‘golden age’, whereas, by and large, millennialism is more pacific. WJL].

[1] For example Millenarianism, of which Millennialism (Chiliasm) is a sub-category. See below [WJL].
[2] Sotiris Despotis writes: ‘Revelation 20 is the most difficult chapter of Scripture, together with Genesis 6 (the marriage of the sons of God with human women) and this may be one of the reasons why this most poetic of texts is not read in the services of the Church. Even though this particular extract is not the culmination of the dramatic scenario of the book, it is still the last ‘stop’ on the path towards the end, the perfection of the universe which God is already working on (‘Behold I am making everything new’, 21, 5). From as early as the 2nd century readers concentrated on this excerpt, particularly with materialist/Jewish shades of opinion, according to Origen (Περί Αρχών [On Principles] 2.11.2), with the result that it became the touchstone for the canonical status of the Revelation. In essence, however, the end and therefore the culmination of the Revelation- which encompasses two whole chapters and is already signalled by the preparation of the Bride- is the descent of New Jerusalem, a perfect bride and city (and not merely paradise)’. S. Despotis Χιλιασμός στην Αποκάλυψη του Ιωάννη και στα πρώτα Βυζαντινά Υπομνήματα 5-6ος αι, p. 3, note. 6.
[3] Then I saw an angel coming down from heaven, holding in his hand the key to the bottomless pit and a great chain. He seized the dragon, that ancient serpent, who is the Devil and Satan, and bound him for a thousand years, and threw him into the pit, and locked and sealed it over him, so that he would deceive the nations no more, until the thousand years were ended. After that he must be let out for a little while.
Then I saw thrones, and those seated on them were given authority to judge. I also saw the souls of those who had been beheaded for their testimony to Jesus and for the word of God. They had not worshipped the beast or its image and had not received its mark on their foreheads or their hands. They came to life and reigned with Christ for a thousand years. (The rest of the dead did not come to life until the thousand years were ended.) This is the first resurrection. Blessed and holy are those who share in the first resurrection. Over these the second death has no power, but they will be priests of God and of Christ, and they will reign with him for a thousand years.