Religion / Orthodoxy in the West
Archbishop of Canada Sotirios

They are blooming: in total there are 40 sisters. Thousands of faithful pilgrims were at our Monasteries of Patrokosmas and Parigoritissa who celebrated their feast days between August 22-24.

Metropolitan Sotirios presided over Great Vespers, Matins, and the Divine Liturgies. In his homilies, the Metropolitan spoke about how sorrowful our Panagia is with what is happening in today’s society, and what is waiting for us; at Patrokosmas, he emphasized the important work done by St. Kosmas under difficult circumstances. 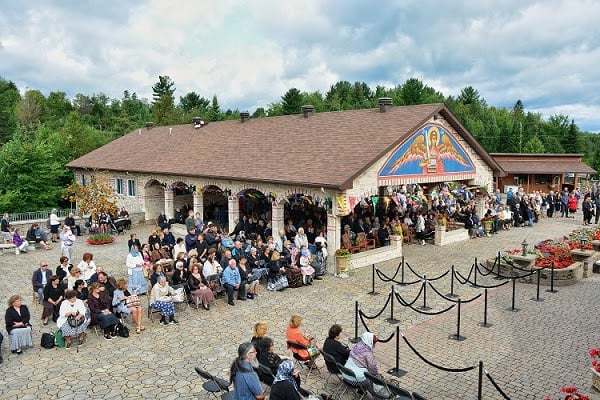 Together with Metropolitan Sotirios during the holy services and the Divine Liturgies were dozens of clergymen from our Holy Metropolis, but also from other Orthodox jurisdictions. During the Divine Liturgy at Parigoritissa, His Grace Bishop Irénée (OCA) concelebrated; during Great Vespers at Patrokosmas, His Grace Bishop George (Serbian Orthodox Church) participated. 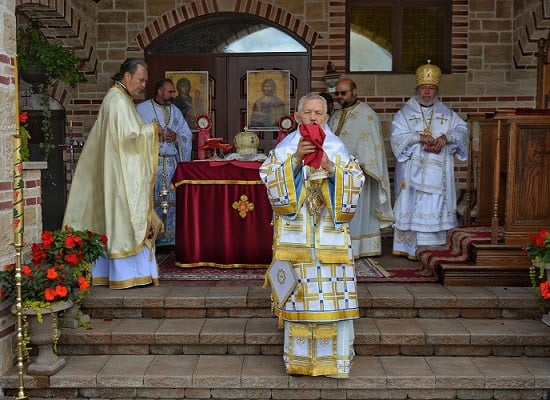 During the Divine Liturgy at Parigoritissa, the Deputy Head of the Greek Embassy, Mr. Christodoulos Margaritis, participated and partook in Holy Communion. During Vespers, Matins, as well as the Divine Liturgy at Patrokosmas, His Excellency, the Ambassador of Greece to Canada, Mr. Georgios Marcantonatos, participated; it was the same day that the Ambassador returned from his vacation, and who with reverence approached for Holy Communion.

Gerontissa Thekla and Gerontissa Alexia had everything organized perfectly. Following the Divine Liturgies, both at Parigoritissa and Patrokosmas, there was a banquet according to the custom of Mount Athos. 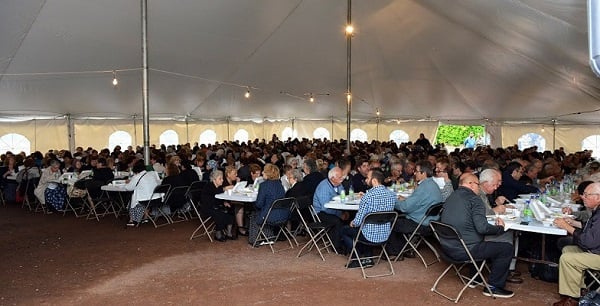 With perfect melody did the sisters chant at all holy services and Divine Liturgies according to Byzantine music.

The thousands of faithful pilgrims, most of them who approached with reverence for Holy Communion, were very pleased with the festivities. Both at Parigoritissa and Patrokosmas, Metropolitan Sotirios, together with three priests, distributed Holy Communion for a long time to the pious Christians. 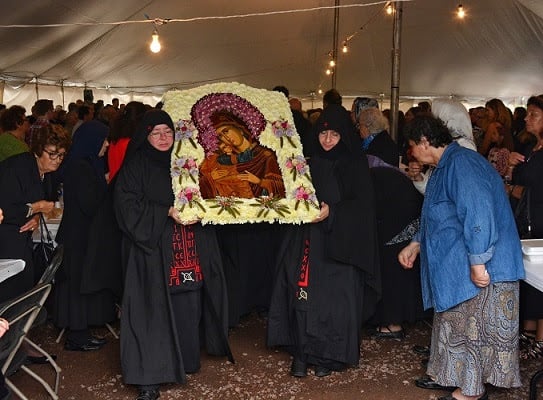 Metropolitan Sotirios expressed his thanks and his appreciation to all, especially towards both Gerontissa Thekla and Gerontissa Alexia and Ambassador Marcantonatos. He praised and glorified the Triune God, for these two spiritual lungs, which are our Monasteries. May God bless our Monasteries and may the Theotokos and Patrokosmas defend and protect them.