We would like to raise awareness of a radical new program being introduced into our schools framed as an anti-bullying program; it is called the Safe Schools Coalition Australia (SSCA). 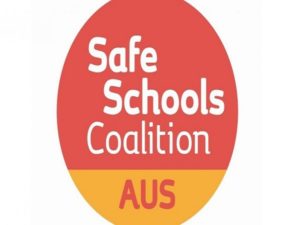 The SSCA received $8 million of Federal government funding in order to develop an anti-bullying program specifically for same sex attracted and transgender children.  This is the only funded anti-bullying program in Australia despite the fact that instances of bullying for such children make up less than 1% of all bullying cases.

A close reading of the resources on the SSCA website and the Minus18 website (the two are intrinsically linked) can lead to the inference that this program is more than an anti-bullying programme. The material presented is sexualised and promotes gender theories that are controversial for both the scientific community and the general public.  The program is divisive because it challenges traditional sexual concepts. Furthermore, the programme openly encourages students and teachers to take part in rallies and marches. This is concerning because it is not the role of schools to promote political activism.

The Victorian government has funded Safe Schools Coalition Victoria with a commitment to work with every state secondary school by 2019. In other states the program is available on an opt-in basis for all schools. Whilst the material appears to be targeted at the high school level, this program is also used in primary schools.  There is no differentiation in the resources to allow for accommodating the social and emotional developmental differences between primary and high school children.

Who is the Safe Schools Coalition Australia?

The SSCA is a national coalition of organisations and schools that promotes awareness of homosexual and transsexual issues. The SSCA has been designed by La Trobe University’s Gay and Lesbian Health Victoria and is funded by the Federal government for $8 million. The Victorian government has provided another $2 million.

The SSCA program has been framed in terms of student safety. The aim is to convince the government, media and the public that homophobic bullying is common and can only be dealt with by affirming, promoting and normalising homosexual relations and by giving it a high priority on the school agenda.

What does the Safe Schools Coalition Australia do?

The SSCA offers a range of free resources to teachers, students and the general community with information on same sex attracted and transgender issues.  There is a heavy emphasis on using case studies of same sex attracted and transgender young adults and to portray their experiences in a positive manner. (See an overview of the latest resource ‘All of Us’ here.) The materials that the SSCA has produced encourages risky sexual activity and minimises the dangers associated with this.