The value of charity, its practical application and its spiritual dimension

The miracle of the resurrection of Tabitha by the Apostle Peter is told in Acts, 9, 36-41. She lived in Joppa, was a Christian and ‘was devoted to good works and acts of charity’. With her practical love, she had won the hearts of all the Christians in the region, who called Saint Paul to come to them when she died suddenly. ‘All the widows stood beside him, weeping and showing tunics and other clothing that Dorkas [Greek for the Hebrew ‘Tabitha’, meaning ‘gazelle’] had made while she was with them’. They showed him the works of her hands, which were acts of Christian love and philanthropy. And the Apostle Peter responded with another act of charity: he raised Tabitha from the dead. 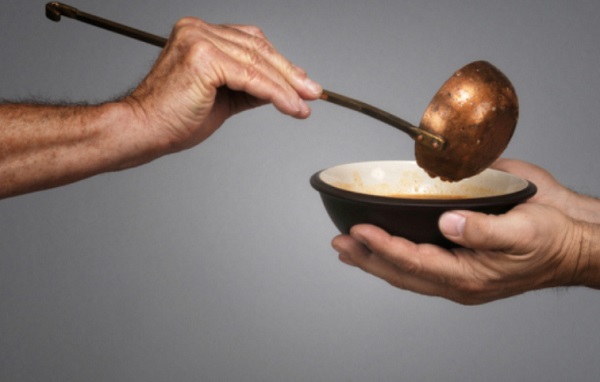 Let’s look now at some of the spiritual dimensions of charity.

In the first place, charity expresses God’s mercy towards us. ‘He [i.e every person] shall receive a blessing from the Lord, and mercy from God his Saviour’, as it says in Psalm 23 [Septuagint].

Secondly, charity is the proper response to God of Christians engaged in the struggle. ‘And there shall be mercy to us, if we take heed to keep all these commands before the Lord our God, as he has commanded us’ (Deut. 6, 25) [The Masoretic Hebrew has ‘righteousness’ instead of ‘mercy’].

Thirdly, charity is an inconceivable form of justice towards us humans on the part of God, Who ‘was led as a lamb to the slaughter, in place of us, for our salvation, and died on the Cross, in order to rise from the dead on the third day, in accordance with the Scriptures’.

In the fourth place, charity is practical, selfless loving-kindness on our part towards all other people and to each one separately, though with discretion and on condition of obedience to the Church and one’s spiritual guide.

Charity isn’t merely handing over amounts of money or other material goods, but is linked to many other virtues, especially prayer and fasting.

In His Sermon on the Mount, the Lord considers these virtues the pillars of the religious life, and, moreover, are ones which should be practiced in secret. Charity should be the result, the state and the extension of the spiritual life of Christians, that is, of love in Jesus Christ. It should be an act of hidden works, of a pure heart, a humble heart, freed of the passions and of the weight of sin. This is precisely how it’s linked to righteousness.

We can’t steal and then give charity.

We can’t trample on the rights of the weak, profit at their expense and then give a few crumbs to earthquake victims, for a church that’s being built or to some poor people just to salve our conscience and to feel at peace with ourselves. That’s not charity. That’s not proper philanthropy. Apart from charity, what’s required is observance of the commandments, cultivation of the virtues, participation in the Holy Sacraments, active faith, the fear of God, devotion, purification, enlightenment and divine knowledge. Only then is the mind enlightened and the heart warmed to be full of love and divine mercy.

Saint John the Damascan tells us that charitable people are those who pass on to others what they’ve received from God. Is there anything you’ve got that you didn’t receive from God?

Whether it’s money or food that you have at your disposal, use it for the needs of your neighbour.

Saint John goes on to say that, if God’s given you power and authority, use it for justice and the support of the weak.