Vsevolod Krivoshein, as he was in the world, was born in Saint Petersburg [on 30 June] 1900. His father served as a minister [of Agriculture] and vice-president of the Russian government. Vsevolod studied philology at the universities of Petrograd and Moscow. During his military service [with the anti-Bolshevik White Russian Army] he suffered frostbite. He left Russia to go abroad in 1920, visiting Egypt, Constantinople and Paris. He continued his philosophical studies at the Sorbonne and in Munich. He learned excellent Greek and dedicated himself to the study of the Fathers of the Church.

In the autumn of 1925, he went to the Holy Mountain, to the Holy Monastery of Saint Panteleïmon, where he was tonsured in 1927. He became spiritually attached to Saint Silouan († 1938) and the latter’s biographer, Elder Sophrony († 1993). 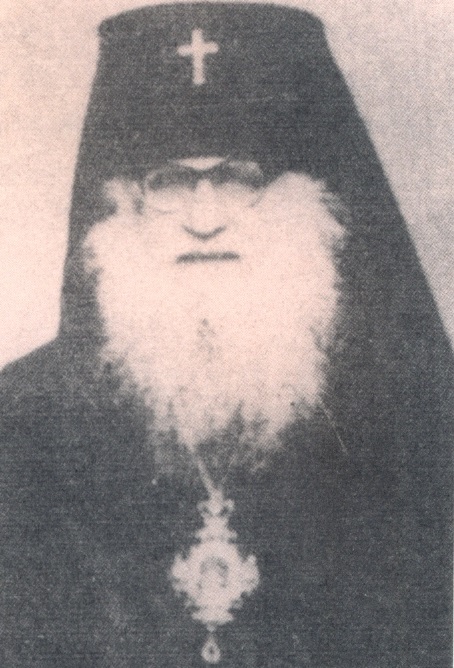 He served his monastery over a number of years in a variety of positions: as secretary and member of the Council of Elders, as its representative [in Karyes, the capital of the Holy Mountain] and as a Supervisor of the Holy Community.

During his 24-year stay on Athos he was not concerned only with administrative matters, nor was he wholly taken up with them. He prayed and studied a great deal. The fruit of his studies was his first important theological work: The Ascetic and Theological Teaching of Gregory Palamas. He was particularly devoted to the Greek Fathers and became an expert on Palamas and Symeon [the New Theologian]. He spoke excellent Russian, German and Greek*.

In 1951, with the blessing of the monastery, he left for Oxford**, where he contributed to the Patristic Greek Lexicon. Over the next twelve years, in a variety of libraries, he studied manuscripts of the works of Saint Symeon the New Theologian, arranging for their publication. In 1951, he was ordained deacon and priest by [the Serbian] Bishop Irinei of Dalmatia. In 1959, in London, he was consecrated titular bishop of Volokolamsk by Archbishop Nikolaj (†1961) and Bishop Anthony [Bloom] (†2003), with his seat in Paris. In 1960 he was appointed Archbishop of Brussels.

He was a prolific author, distinguished by the depth of his knowledge of the sources of the Holy Fathers, his traditional theological thought and his concern for modern pastoral problems. In 1952, he wrote a piece about the Holy Mountain and the spiritual life in the Orthodox Church. Archbishop Basil never forgot the Holy Mountain. Throughout the whole of his life he wrote, studied and prayed.

* His English was rather more sketchy. Metropolitan Kallistos (Ware) relates that: In the Litany for the departed, when he came to the phrase ‘a place of light, a place of verdure, a place of refreshment’, he used to say firmly ‘a place of refreshments’. Our paths somehow never quite crossed at Oxford, but I remember my godfather, talking about the then Father Basil’s accent. On one occasion, the choir was late coming in with the response when he was celebrating and he turned and glowered at them and said ‘Sink!’. Another time, during a sermon, he astonished the congregation by telling them ‘I have ze oldest face in Christendom [faith]’. It should be said that he was held in great affection by the parish and was greatly esteemed as a scholar.
** In fact, he was expelled, through no fault of his own. His efforts on behalf of the Holy Mountain during WWII were construed as ‘collaboration’, and his hopes for church revival in Russia led to him being labelled a Bolshevist! In 1947 he was sent to a prison camp on Makronisos. He himself said: ‘Against my will, I was obliged to leave the Holy Mountain, where I had expected to spend the rest of my life’.
*** Metropolitan Kallistos writes: ‘Archbishop Basil’s long life, embracing the three different worlds of pre-revolutionary Russia, Mount Athos, and Western Europe, ended in the place where it had begun. In September 1985, he travelled to Russia, and on the 15th celebrated the divine Liturgy at the cathedral of the Transfiguration in Leningrad, the church in which he had been baptised eighty-five years previously. He felt unwell after the service and was taken at once to hospital. Here, a week later, he died. In accordance with his own expressed wish he was buried on Russian soil, at the St Seraphim cemetery of his native city’. Indeed, Archbishop Basil was almost the epitome of a Russian anecdote. In 1914, the name of Saint Petersburg was changed to Petrograd. In 1924, it became Leningrad. The story goes that, during the Communist era, someone was asked to fill in a form:
Place of birth: Saint Petersburg
Place of education: Petrograd
Place of residence: Leningrad
Desired place of residence: Saint Petersburg
Perhaps there’s a moral for us here. In many ways we seem to be going through dark times, but there may be a turning point ahead which we can’t yet perceive. God willing, and through the prayers of Archbishop Basil and of all the saints. WJL.