‘The point is this: those who sow sparingly will also reap sparingly, and those who sow bountifully will also reap bountifully. Each of you must give as you have made up your mind, not reluctantly or under compulsion, for God loves a cheerful giver. And God is able to provide you with every blessing in abundance, so that by always having enough of everything, you may share abundantly in every good work. As it is written, “He dispenses; he gives to the poor; his righteousness endures for ever”. He who supplies seed to the sower and bread for food will supply and multiply your seed for sowing and increase the harvest of your righteousness. You will be enriched in every way for your great generosity, which will produce thanksgiving to God through us’. 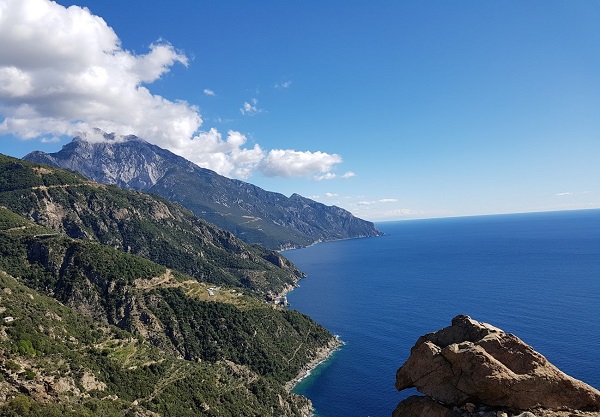 This excerpt from the Second Epistle to the Corinthians is particularly topical these days. The specific historical basis for an understanding of the passage is as follows. The Christians in Jerusalem were in a difficult financial and social position and therefore were faced with critical problems on a daily basis. It may be that a contributing factor in this was the famine which occurred in the days of Emperor Claudius (see Acts, 11, 28). The Apostolic Synod in Jerusalem (in about the year 49), was called to discuss matters of faith which had arisen as a result of the entry of Gentiles into the Church, people who had no knowledge of the Law of Moses and no obligation to observe it. Some of those who were Jews demanded that the Gentiles conform to Jewish norms. Saint Paul, in the meantime, undertook to find assistance from the churches in the Greek realm which would go to the Christians in Jerusalem. He arranged for a ‘collection’, that is a kind of fundraiser, in order to bring relief to the Christians of the Mother Church of Jerusalem. What was collected was taken by Paul and Barnabas personally to the elders of the Church of Jerusalem in order for it to be distributed.

In chapters 8 and 9 of 2 Corinthians, Paul instructs the Christians in Corinth concerning this demonstration of support. His recommendations are:

1. He urges Christians to give whatever help they can, generously, in imitation of God Who, according to Psalm 11, 9: ‘He has dispensed; he has given to the poor; his righteousness endures for ever’. Paul teaches that those who give are enriched more than those who receive, because ‘those who sow sparingly will also reap sparingly, and those who sow bountifully will also reap bountifully’. And he brings forward, as an example for his readers to imitate, the Christians in Macedonia, who have already made their contribution.

3. Finally, their offering of love will be a reason for those who receive it to give thanks to God. In other words, they are giving to their stricken brethren in the Church of Jerusalem, but their contribution goes directly to God, Who will reward them generously.

Without these criteria, mutual support is coercion and is given grudgingly.