“Monastic Wisdom; The Letters of Elder Joseph the Hesychast”

Elder Joseph the Hesychast (1898-1959) was a charismatic personality of 20th century’s Orthodox spirituality. He became a monk in Mt Athos at a young age and finally he was a top teacher of Jesus’ prayer. Like many gifted monks, he had many out-of-body experiences and visions, and he as well felt his end coming. From his monastic group (“Synodeia”) came many famous abbots and spiritual fathers. 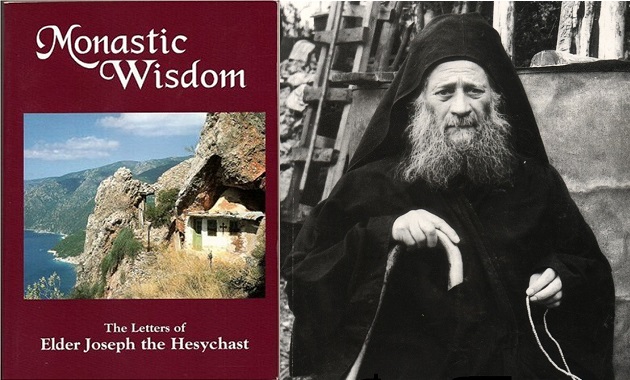 His epistles’ corpus was collected and edited in Greek and after in English, in an excellent paperback, under the title: “Monastic Wisdom; The Letters of Elder Joseph the Hesychast”. The edition is from Saint Anthony’s Greek Orthodox Monastery (USA), by Ephraim Poonen. Recipients vary, as holy father addressed clergy, monasteries, laity, both in Greece and abroad. In his writings he explains many issues about Jesus’ prayer, faithful’s struggle for Heaven, and the right way to love God.

The books epitomizes the very essence of spiritual fatherhood and offers Elder’s experience from his battles with the demons, witness his difficult trials and his profound visions and spiritual guidance, his martyric endurance in illnesses and finally his holy repose. In the grey atmosphere of New Age movements, it gives a taste of a true meeting with Holy Spirit. After all, it inspires the reader for a holy life and it challenges him to get closer in God’s love.

It should be noted that there are many practical aspects of this book that the ordinary individual can use and apply in his own spiritual journey. It is also very helpful for spiritual guiders about the way Elder Joseph chose to have his touch with his spiritual children.