In this short paper I want to throw a little light on Stem Cell Research from an Orthodox Christian ethical point of view. Those who are in favour of embryonic stem cell research recognize that they balance in the moral dilemma between the destruction of human embryos and the treatment of already living patients. But, the destruction of human embryos is not acceptable in any kind of research, treatment and therapy from an ethical point of view. In contrary the use of somatic (adult) stem cells in research and therapies would be a welcome alternative choice and ethically acceptable practice. 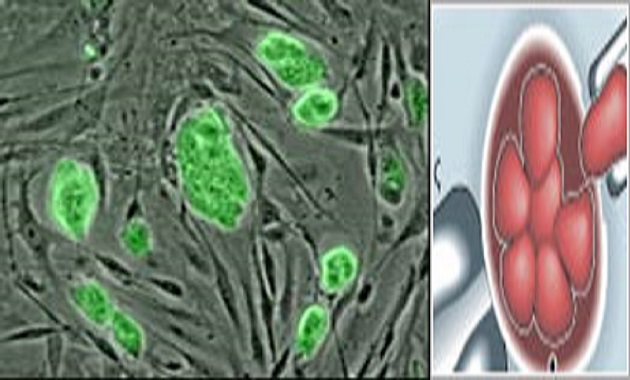 Many scientists, coming from human and law sciences mainly, ask often why theologians are dealing with biological issues. An answer could be that “these issues of Genetics and Biology and specifically the research in stem cells interest each thinking member of society and no exclusively bio-scientists”.[ii] Moreover, these issues are of great interest for the ecclesiastical leaders and theologians because their decisions are extensively respectable and influence the faithful. Thus, Orthodox Christians -as members of the Ecumenical body of Christianity- are expected not only to present their aspects, but also to listen to the scientists and theologians of other denominations and religions.

However, the Orthodox Church does not ‘speak’ only with Synodical or Episcopical circulars. Τhe official texts of the Special Synodical Committees do not constitute binding decisions for the faithful people. They are more or less directives that have an advisory and not an obligatory character. Recently, Archbishop of Athens Hieronymus stressed relatively that “we still do not need a new volume of decisions in our library, but our interest is to incarnate into practice those usefully reported”.

I will narrate a real event that I experienced in one of my classes and deeply affected my opinion and my approach on the treatment with stem cells.

During a television broadcast in a local channel in 2001, I spoke for the therapeutic cloning and I condemned any use of human embryonic stem cells. The next day in school, I received the congratulations of my students on my “glorious” presentation; even if they had not understood a word of what I would have said. Then, unhopefully, I had the first reaction from a foreigner student who was born in Russia. He raised his hand and he expressed his disagreement with my opinion. To be honest, I was surprised; while he could not speak Greek well enough; he had the audacity to disagree with my views.

He explained to us that he had been an athlete of judo that was removed from the national team of the 2004 Olympic Games in Athens, because he was diagnosed to suffer from a type of hepatitis. He had caught the disease from unprotected sexual intercourse in Russia. His aspect on stem cells was the following: “I don’t care how much foetuses, – if they are foetuses- will be destroyed, it is enough for me to find a cure and gain my life again”. It was precisely at that moment that I came face to face with a patient in my class, who explained to me -in his way- the ethical dilemma about the destruction of embryonic stem cells and the right of the adult patient to be cured with the new achievements of genetics.[iv]

The discussion on the stem cells contains words as “treatment” and “cure”. These terms refer to the body and they do not seem to have any spiritual and eschatological character or dimension. Human pain and illness play an important role in our ethical teaching. Jesus Christ focused on healing the sick, and he was very sensitive to human pain. His miracles teach us that healing should not only be considered in a spiritual way for our salvation, but also as merely serving the human body.

Any research that intends to heal the human bodies is ethically acceptable. But, those who are in favour of (embryonic) stem cell research recognize that they balance in the moral dilemma between the destruction of human embryos and the treatment of already living patients. Consequently, some of those who support the acceptance of therapeutic stem cell research put forward arguments centring on the moral status of human embryos at the blastocyst stage. For them, the issue is not simply the balance between the dignity of embryos and the problems of future patients, but the idea that the blastocyst has an absolute right to live. Importantly, however, this can be overcome in the context of the need for the treatment of other humans. Patients are persons with defective bodies who desperately seek treatment. Human foetuses have moral dignity, but their dignity is not equal to the moral right of a patient who is already alive.

The excessive reactions of persons toward such questions, as illness, are connected with the fear of death. When we hear a diagnosis from a doctor about a serious illness, we try with anxiety to verify if we are told the bare truth or there is something more that is hidden. We face the prospective of death with horror. The fear of death can be interpreted sociologically. The accumulation of material goods, the health insurances, the pension, the deposits etc, in their depth conceal the confrontation of becoming old and the uncertain conditions towards our death. Furthermore, even the spirit of capitalism and socialism are not independent from the fear of death. Thus, apart from the healing of the illness, there is an urgent need for existential and spiritual therapies, which would overcome the psychological, existential and social problems created by the fear of death. The importance of human life demands a “spiritual therapy”that is necessary for each illness.[v]

[i] This paper has been presented at the Scientific Meeting: “Stem Cells, existing practice and future perspective”, on 29th October 2010 in Sarajevo, Bosnia–Herzegovina. I sincerely thank the Cryo-Save Group for the invitation to participate in this event and the whole scientific information provided regarding cryo-preservation of the umbilical cord blood and tissue stem cells.