The Allegorical Interpretation of Biodiversity in the Epistle of Barnabas

Paper delivered by Prof. Goutzioudis at the 3rd Hagiological Conference on the subject: ‘The Apostolic Fathers and their Era’, which was held in Smyrna and Ephesus (4-8 May 2017) 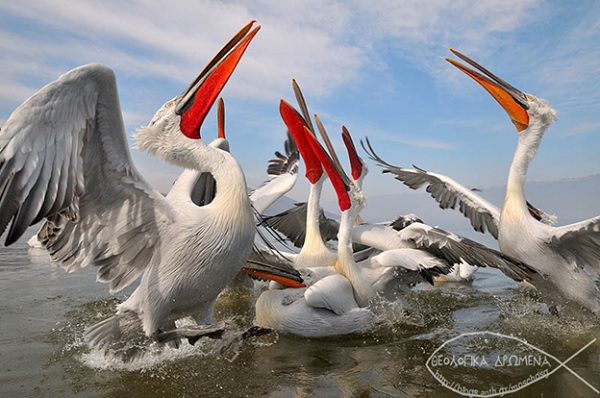 The name of the Apostle Barnabas was linked to the authorship of the work in question by Clement the Alexandrian, Origen, Didymus, Hieronymus and other ecclesiastical writers. There are indications in the text that it can’t, in fact, have been composed by the apostle himself, and point more to the identity of a Gentile Christian with a good knowledge of Jewish tradition. The anonymous author must have been a teacher in the community to which the epistle is addressed*.

Even very early on the attribution was viewed with suspicion and Eusebius is the first who thought it was wrongly attributed and of doubtful provenance. For this reason he placed it among the so-called ‘counterfeit’ or ‘contradictory’ works. Celsus is the first to use a phrase from the Epistle of Barnabas and therefore the work must be dated to the end of the 1st century or the start of the 2nd. The Codex Sinaiticus provides evidence of the use of the Epistle of Barnabas in worship and, in fact, places it at the end of the books of the New Testament. Most scholars, however, believe that it dates from the middle of the 2nd century. As regards the place where it was composed, the most favoured suggestion is the city of Alexandria. This is supported by the extreme use of the allegorical method of interpretation, in which the influence of the work of Philo can be seen. As regards the identity of the target audience, we can’t be sure whether it was a mixed community consisting of Jewish and Gentile Christians or if it was restricted solely to the former. And there seems not to have been any other reason for Barnabas to compose the epistle other than for instructional purposes. What is certain is that the Christian community was faced, at this time, with a split among its members. The author’s aim was to distinguish the true Christian faith and to provide the members of the Church with a proper understanding of the Old Testament and its relationship with God. It therefore sought to discard any Messianic concept of Judaism.

After this introduction, we can now proceed with the allegorical interpretation of certain animals which were unclean according to the dietary ordinances of Judaism. These are mentioned in chapter 10 of the epistle. The writer of the Epistle of Barnabas refers to 11 kinds of biodiversity among the catalogue of those whose consumption is forbidden in Mosaic Law. Of these, 4 are mammals, 4 are birds, and 3 are sea creatures (one fish and two molluscs). Reptiles and insects are not mentioned.

* There is a suggestion that there was, indeed, an instructor called Barnabas in Alexandria at the time, and if this could be proved he would be a prime candidate for authorship of the epistle. However, there is not sufficient evidence to come to a definitive conclusion [WJL].