The Byzantine Dimitria: When Thessaloniki Celebrated with the Entire Western World

The Dimitria, the festival of Saint Dimitrios, the patron saint of Thessaloniki, was an exceptional feast for the whole of the Western world. The work ‘Timarion’, which was written in the 12th century, declares that the city attracted ‘not only locals or those of one race, but people from all over Greece and of every ethnicity- Greeks from all over, various tribes of Bulgars from among those who lived between the Danube and Southern Russia, Italians, Spaniards, Portuguese and Celts who live beyond the Alps’. 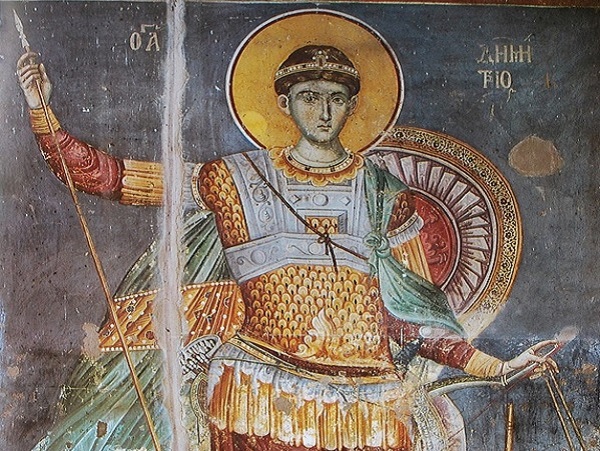 The citizens of Thessaloniki prepared very early for the autumnal Easter, their own Easter, the feast of the saviour of their city. From the middle of September, which coincided with the feast of the Elevation of the Cross, a day of strict fasting, they began their autumn Lent and their spiritual preparation.

In the meantime, from all the corners of the Western world, by all the means of transport available at the time, pilgrims and merchants set out in order to be in Thessaloniki at least a week before the feast.

It was then that, to all intents and purposes, the festival of the Dimitria began, with The Great Week of Saint Dimitrios, during which the services were modelled on those of the Great Week before Easter. As well as this, it had been decided that there was to be a feast of the Mother of God at the same time as that of Saint Dimitrios. The city then became a whole world of its own, captained by its young patron saint and with its brilliant and great theologians as steersmen, its saints, metropolitans and inspired scholars who knew well how to honour and praise their patron with words, hymns and spiritual songs. In this way, Thessaloniki became a world capital for the space of the autumn Easter.