The problem of power and the innate tendency towards its arbitrary use has exercised the human mind since at least the time that political philosophy has existed as a discipline. ‘Power tends to corrupt and absolute power corrupts absolutely’*. Princes and governments are by far the most dangerous elements in any society. Excessive power is inherently dangerous and produces negative results. It leads to grossly mistaken judgments and decisions, disregard of danger, egocentricity and a lack of compassion towards others. Domination and force are two necessary components of the exercise of power. In the end, power can make its appearance in all human relations and the critical mind should examine the ways in which it is exercised and the repercussions it has.

On the other hand, of course, authority is necessary for the functioning of society. It is not only a negative force but one which is essential for the running of society. Authority is exercised, however, not imposed. No authority is legitimate if it functions merely in a prohibitive or oppressive manner. Proper use of authority, however, contributes greatly to normal social co-existence. 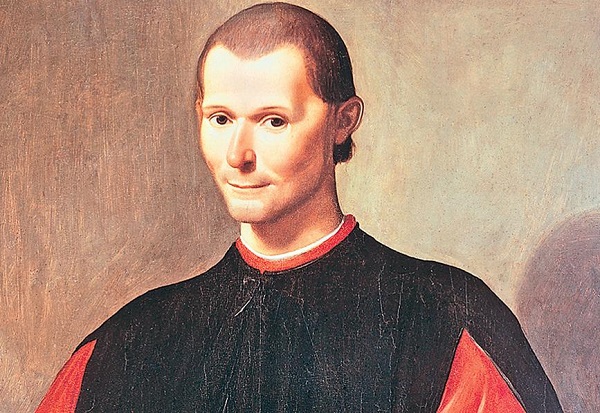 By nature people are social**. Once people started living in cities, city government regulated all their relationships. The term ‘politics’ is derived from the Greek word for a city and gives the term a poetic meaning which expresses its significance for governance. Maurice Duverger explains that the political struggle is enacted on two levels: on the one hand, between people, groups and classes who struggle to acquire, share or influence authority; and on the other between authority which gives orders and the citizenry which resists.

There are two schools as regards the study of political power: the idealistic and the realistic. The idealistic schools claims that politics is the art of good governance. A good politician is one who conforms to legitimate procedures, respects other people and who acts with justice as his or her guide. The moral principles which should distinguish a leader are the source of good and just laws. Politics should involve the transcendence of violence, the encouragement of education and the co-existence of citizens under the guidance of able leaders. No model of behaviour is set in stone. The idealistic school maintains that altruism is innate to human nature. It follows that, for the idealistic school, politics is interested in the common weal and not the furtherance of individual interests.

The realistic school on the other hand sees politics as a struggle for power. The model politician, with rational criteria, is someone who acts with the aim of promoting his or her interests and those of their corresponding governments, irrespective of the morality or immorality of their actions. A good politician is rational, a realist. For realists, morality and adherence to the letter of the law are luxuries, if they endanger the viability and vital interests of the political collective. To seek power to be able to serve your personal and collective interests is natural. Realists consider human nature to be selfish, since people are concerned only with the satisfaction of their own interests.

According to Louis Althusser, for a class to become established in power, it has to become predominant on an ideological level. Any social class that has power has to convince people that its ideas and the practices which flow from them are able to smooth the workings of society, for the common good. The urban class has the state power, but violence as a weapon isn’t enough in itself. Althusser believes that, together with violence, there has to be a conviction, forces which are necessary for the preservation and continuation of the state entity.

Using Machiavelli’s political philosophy, Althusser says that it’s impossible for the urban class to govern without having other social classes as allies. It exerts its domination together with other social groups. The continuation of power is maintained only if the ruling class is dominant on the ideological level. He claims that a government which has the support and sympathy of its people can rule without repressive measures. He also stresses that the domination of one class on the political level doesn’t guarantee its direct domination in the ideological sphere.

Michel Foucault says that the notion of power is inextricable from the concept of resistance. Authority is related to and exercised upon people’s bodies. It’s not an institution, nor a structure. It’s not concentrated anywhere, nor is it the privilege of any organized group of people who act with the aim of acquiring positions of power. Foucault also stresses that isn’t something which has a specific origin and direction. His analysis has to do with the formulation of empirical questions, the aim of which is to trace the ways in which authority is exercised and the potential of the human body, which authority then uses in the continuous exercise of its power. He insists that we have to see authority from the bottom up and claims that power does not derive from the state.

* Lord Acton, a member of the Church of Rome, writing of his opposition to the proposed doctrine of Papal infallibility: ‘Power tends to corrupt, and absolute power corrupts absolutely. Great men are almost always bad men, even when they exercise influence and not authority, still more when you superadd the tendency or the certainty of corruption by authority’. WJL.
** Aristotle. The easy translation is ‘Man is a political animal’, but this is not what the Greek means. Aristotle is talking about the advantages of living in a ‘polis’, that is a town or city. In other words a ‘society’.