Thoughts on the crisis of our times

The saints are our friends and the friends of God, the people to whom we can always turn. On the one hand, to receive comfort and strength. On the other to receive models tried and tested by God for our everyday life, our everyday trial, since they’ve been tried and proved ‘like gold in the furnace’. Their life is not merely a moving narrative, but an indication of how we might live. So now we’ll bring their message into today’s bleak atmosphere.

These days we’re experiencing the shock of a global crisis which is particularly and painfully felt on the economic level and which is continually deepening our insecurity, despair and the breakdown of social norms. 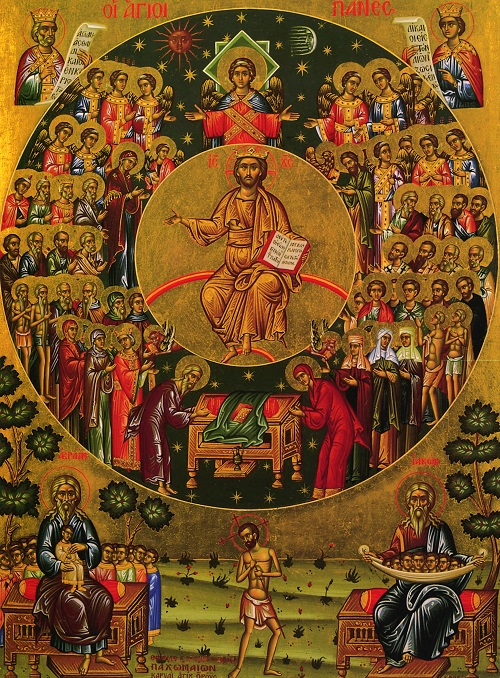 But let’s see what crisis means. It’s a word with a variety of shades of meaning. In the first place, it means a malfunction, the disturbance of the smooth running of a process. If this process has to do with one of the basic functions of our lives, such as our financial well-being, then we realize that it has repercussions on the whole fabric of life- social and interpersonal relations, personal and political morality, education and culture. In short, it agitates us, distracts us and creates both fear and panic.

In the third place, crisis means the justification or punishment that awaits us at the end of history. This is a crisis which is with us even now, in our every action, choice and manner of behaviour. All of our actions are justified or condemned by their outcome, but first and foremost by our conscience, which plays the role of impartial judge.

Of course we’re going through an economic crisis. And it can rightly be said that, in large part, it’s due to political choices for which we ourselves don’t bear responsibility. In fact, today, it’s now clear that we’re faced not merely with clumsy management on the part of those in power, but with the implementation of a methodical plan aimed at the erosion of society. With many fine words and without shame. It’s true. We’re living in a feudal system of economic subjection to an oligarchy which is seeking total control over us and is committing crimes to the detriment of the weak, that is to say, the vast majority of the people. Nobody ask questions any more, nobody can follow developments, nobody’s in a position to know precisely what’s going on.

And yet, an economic crisis can prove to be beneficial. If we take seriously the Lord’s Beatitude ‘Blessed are the poor’ (Luke 6, 20), then we can say that the economic crisis might not be without its beneficial effects: through the difficulties and the pain, it’s teaching us to stop being indifferent, inhospitable, impatient, and greedy. And there’s also something for which we can, in fact, take personal responsibility. This is the spiritual crisis we’re experiencing, which is more serious, more dangerous than the financial crisis. It’s this spiritual crisis which has made us so indifferent, inhospitable, impatient, and greedy. It comes with profound turmoil and the loss of identity, the deprivation of the sense of who we really are and, of course, of the inner conviction that God is somewhere in our lives.