Apart from marriage, which is the natural way of life for us humans, there’s also celibacy as a way of life beyond what’s natural. In the New Testament and the Patristic tradition, celibacy is declared to be superior to marriage. This observation doesn’t refer to virginity or celibacy as such, but rather to the opportunities it provides to the faithful for their spiritual perfection. As Saint John Chrysostom says: ‘Celibacy in itself is neither good nor bad, but becomes so from the disposition of those who practice it’.

Through the favoured position of celibacy, people who practice it are placed above any and every social expediency and biological laws and behaviour, the emphasis instead being placed on their freedom and value. At the same time, this priority doesn’t lessen the value of marriage. Recognition of marriage underlines the superiority of celibacy and any contempt for marriage would strike at the importance of celibacy. In any case, those who are celibate owe their existence to marriage. Finally, if marriage were bad, celibacy would be considered obligatory for all the faithful and would not be seen as a particular charismatic state. 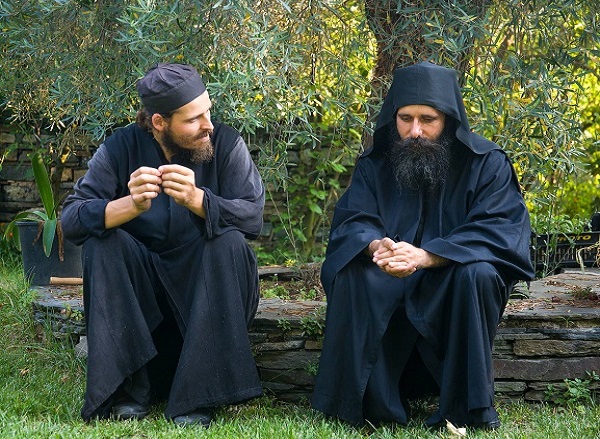 True celibacy presupposes voluntary renunciation of the right to contract a marriage. This renunciation is possible for those who have the gift for it: ‘This message is not for everyone, but for those to whom it is given’. And to the question: ‘To whom has it been given?’, the answer is ‘To those who wanted and asked for it’. Those who choose celibacy lightly expose themselves to great spiritual and psychological dangers. To practice it completely requires superhuman efforts which can be made only with the power of God. And those who practice celibacy because they judge marriage to be illegitimate are merely forcing themselves into another legal obligation. Celibacy, however, transcends the law, because it transcends nature. God did not legislate for celibacy, but promoted it as a charismatic state. The ‘beyond nature’ path of celibacy prefigures life in the kingdom of God.

Saint Paul in particular refers to the relationship between marriage and celibacy. Although he calls marriage a ‘great mystery’ he makes it clear that his preference is for celibacy, which he himself practiced. Marriage ties people to the world, whereas celibacy keeps the path of spiritual freedom unobstructed. In his work ‘To the Nun Xeni’, Saint Gregory Palamas analyzes the bonds which are involved in marriage and the obstacles it creates in terms of untroubled and complete dedication to God. In comparing marriage to celibacy, in terms of our salvation, he says: ‘If , on the one hand, people are not concerned to save themselves, we have nothing to say to them, but if they are so concerned, then they should know that the life of celibacy is more easily accomplished and less laborious than married life’.

In contrast to marriage, which, through parenthood, serves death, celibacy raises an obstacle to its [death’s] expansion and severs the transmission of the inherited responsibility for death. We approach more closely here the meaning of Christ’s birth by the Virgin Mary. Had Christ been born in a natural manner, He would have inherited the responsibility of death, as is the case with all of us. As the Son of the Virgin, in whose person the death which reigned over her ancestors came to an end, He had no share in the inherited responsibility but became the dawn of the new creation, while, at the same time, bringing us back to our original, virginal nature.

Of course, while celibacy raises a barrier to death, it doesn’t create new life. That is granted by the grace of the Holy Spirit. Just as, in birth after the flesh, a power is inherited which vitiates the new-born person, so, in birth by the Spirit, a power is granted which gives life to the person newly-born. When celibacy is brought into the perspective of the Church it finds its justification. This is why a celibate life outside the Church is, essentially, without meaning. Those heretics who practiced celibacy out of contempt for marriage were not recognized by the Fathers of the Church as real celibates, because they didn’t maintain the spiritual marriage of communion with Christ.