Do you Possess the Signs of Christ’s Beatitudes? (part 2)

But those who are united to God by faith and recognize Him through action are indeed enabled to see Him by contemplation. They see things of which I am unable to write. Their minds sees strange visions and is totally illumined so that it becomes like light, though they are unable to conceive these things or describe them. Their mind is itself light and sees all things as light; the light itself has life and imparts light to those who see it. They see themselves entirely united to the light and, as they see, they concentrate on the vision {and are as they were}. They perceive the light in their soul and are in ecstasy. In their ecstasy they see it from a distance, but, as they return to themselves, they find themselves once more in the midst of it. They are completely at a loss for words and concepts which might describe what they have perceived in their vision. 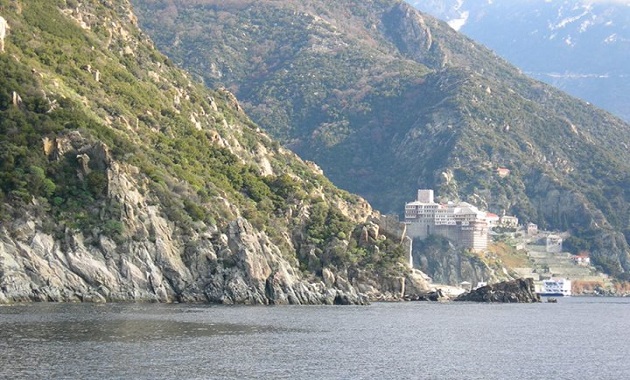 When we hear these mysteries, how can we not marvel and run to Christ?  Who will not long to see God’s wonderful works and love Him Who grants these gifts and extraordinary attributes? Indeed, brethren, there is nothing better in the world than to have nothing that belongs to the world and to desire nothing other than the bare essentials for the body. What these are, Scripture knows- bread, water, clothing and shelter. As God’s apostle says: “If we have food and clothing, we shall be content with these [I. Tim. 6, 8]. If we ever have need of more than these, He will certainly supply them, provided we trust in Him and believe in Him, since He gives even greater things and “fills all things living with plenteousness” [Ps. 145, 16].

Let us just forsake all the other things that belong to this fleeting life, things such as vanity, envy, internecine strife, deceit, whingeing, intrigue and all the things that turn us away from God and imperil the soul. Let us instead long for all the things that God commands us to embrace: spiritual poverty, which the world calls humiliation; continual mourning, by day and night, from which arises the joy of the soul and the timely comfort of those who love God. In this way, everyone who genuinely strives, succeeds in attaining meekness. People who hunger and thirst for righteousness and seek it at all times will obtain the kingdom of God, which surpasses all human understanding. Moreover, they become merciful, pure in heart, peaceful, peace-makers and courageous in the face of trials. All this is the result of mourning every day. Another thing it achieves is to make us hate evil; it kindles that divine zeal in the soul which does not allow it ever to be at ease or to incline towards evil deeds with evil people, but fills it with courage and the strength to endure to the end against all adversities.

So, let us flee from the world and the things that are in the world. For what do we have in common with the world and those who are in the world? Let us run, pursue, until we have caught hold of something which is permanent and does not ebb away- for all things perish and pass away, as in a dream and nothing lasts or is certain among visible things. The sun, the stars, the heavens and the earth, all of them will pass away. What then can be of benefit to us when, necessarily, we must die and depart to that which is in the world beyond, leaving these things behind? If things which are visible pass away, how are they of any assistance when we ourselves depart and forsake this body as dead? When the soul leaves the body, it cannot see by means of it, nor can it be seen by anyone else. Once this has happened, it deals only with things that are invisible and is not concerned with things that are here. Before it lies a dual possibility of life and destiny: on the one hand, that of the kingdom of heaven and eternal glory, or, on the other, that of hell and burning punishment. It receives one of these from God as its eternal inheritance, as it has earned it from its deeds in this life.

It is for these reasons that I urge that we flee the world. Let us flee from the deceit of life and what purports to be happiness, and let us run towards Christ Himself, Who is the saviour of souls. Let us try to find Him Who is present everywhere, and, when we have found Him, let us cleave to Him and fall at His feet and embrace them in the fervent zeal of our souls. Indeed, I beg of you, let us try to see Him and contemplate Him even in this life. Because, if we are found to be worthy of seeing Him here, we shall not die, death will have no dominion over us [Rom. 6, 9].

Let us not tarry to see him in the future, but rather strive to contemplate Him now, since Saint John the Theologian tells us: “We know that we have God in our hearts, from the Spirit Whom we have received from Him”. If any of you, then, have demonstrated that your faith in Him cannot be broken and is solid, and you have properly examined what we have already said, make sure that you do not deceive yourselves. Do not imagine that you have Christ within you, when you have nothing and hear this (God preserve you from it!): Take away what wicked people think they have and give it to them who have more. Then you will weep and lament and there will be infinite grief forever.

God forbid that we, who have denied the whole world and the things in the world and have had recourse to Christ, should hear such a voice and suffer such a fate! Rather, having kept God’s commandments, may our hearts be cleansed by tears and penitence, so that from now on we may see the divine light, Christ Himself, and possess Him in us. Through His most holy Spirit, may He nourish our souls and keep them alive by allowing us to taste the pleasant sweetness of those benefactions of His kingdom, of which may we all be found worthy in Jesus Christ our Lord, to Whom be glory known and unto the ages of ages. Amen.

Saint Symeon quotes Saint Paul: “death will have no dominion over us”. Readers might like to compare these poems in English “And Death shall have no dominion”, by Dylan Thomas and “Death be not proud” by John Donne.