The 23rd session of the United Nations Conference of the Parties on Climate Change provides occasion to recall with introspection and reflect with integrity on the state of our world, but also on where we have come and where we are headed as a global community, especially in light of the urgent call of the Paris Agreement.

Last November, our message to COP-22 was that we “hold nations accountable to resolutions reached or for violations incurred, especially as we know the intimate connections of climate change to global poverty, migration and unrest.”

This June, prior to the G-20 summit in Hamburg, we endorsed a letter inspired by Mission 2020 “calling on nations to highlight the importance of the 2020 climate turning point for greenhouse-gas emissions.” 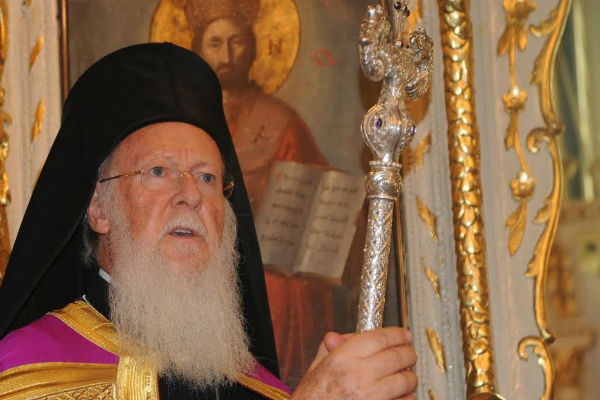 On September 1st, the day when the Ecumenical Patriarchate first initiated – back in 1989 – a plea for prayers to protect God’s creation from human avarice, we cosigned a declaration with Pope Francis, affirming “that there can be no enduring resolution to climate change unless the response is concerted and collective.”

This year, our annual pastoral letter to Orthodox faithful worldwide expressed “our consternation that, while it is clear that the ecological crisis is constantly escalating in the name of growth and development, humanity remains oblivious to the global appeals for radical change in our attitudes toward creation.”

And last month, at Arctic Circle Assembly in Reykjavik, we assured heads of states, scholars and indigenous representatives that “today, more and more people recognize that religious consciousness and environmental science are alike concerned with ultimate questions—namely, with the way that we are shaping the destiny of humankind, the planet, and all creation.”

Still, even as so many recognize climate change arguably as the greatest crisis that humanity has faced, there is much resistance to any call for change. Some continue to ignore the signs of our times with unprecedented ice melting, extreme weather patterns, and devastating impact on world poverty.

Over the last year, the Ecumenical Patriarchate has increased its involvement and influence within religious, scientific and political circles. We therefore humbly urge you—especially all faith communities and leaders, who can make an enormous difference in convincing governments and corporations—never to submit to complacency, but ever to amplify and intensify your efforts.

It is unacceptable to backpedal in any way. Yet, it is also unjustifiable any longer to mark time. We are all called to move forward in our commitment to the sacredness l of “the least of our brothers and sisters” as well as to the uniqueness of every last grain of sand on this planet that we call home.