God and the Harlot

(Excerpts from his Second Homily to Eutropios)

And this mighty and great One desired a harlot. Why? To become her bridegroom.

What did He do? He didn’t send one of His servants, He didn’t send an angel to the harlot, nor an archangel nor the cherubim or the seraphim. He Himself came, because He was in love with her… 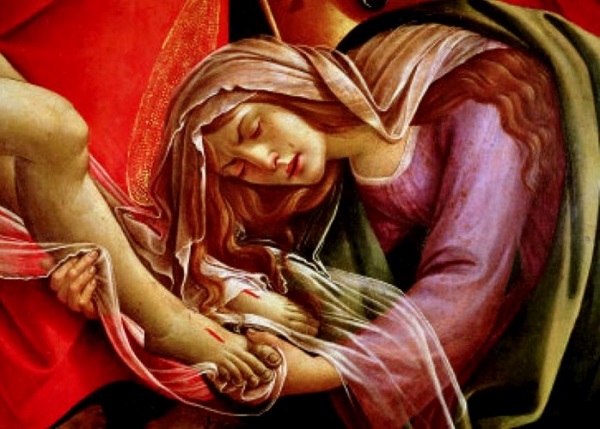 He desired a harlot, so what did He do? Since she couldn’t ascend to the heights, He came down to the depths. He wasn’t ashamed to come to a harlot. He came to her hovel. He saw she was drunk. And how did He come? Not in His obvious divinity, but in the same condition that she was in, not in will but in nature, in case she was terrified at the sight of Him and wanted to escape. He came to the harlot and became a human person. And how did that happen? He gestated in a womb for a while and became like any other person. Dispensation, not divinity; the form of a servant, not of the Master; my flesh, not His Essence. He found her [i.e. our human nature, as elsewhere] sorely wounded, bestial, possessed by demons. She [We] saw Him and wanted to flee.

Then He said: ‘Don’t be afraid, I’m a doctor, not a judge. I came into the world not to judge the world but to save it’ [Jn. 12, 47]. And immediately, He called upon the Magi. What a new and strange wonder! The Magi immediately became the first-fruits. He Who holds the world in His hand lies in a manger; He Who cares for all things is wrapped in swaddling-clothes. There lies the temple [of the human body] and within it dwells God. The Magi come and immediately worship Him. The tax-collector comes and becomes an Evangelist, the harlot comes and becomes a virgin, the Canaanite woman comes and is shown mercy. This is typical of people in love: they don’t seek responsibility for sins, but rather they forgive mistakes and lapses. And what did He do? He took her and made her His wife. And what gift did He give her? A ring. What ring? The Holy Spirit. As Saint Paul says: ‘But it is God who establishes us with you in Christ and has anointed us, by putting his seal on us and giving us the pledge [troth] of the Spirit in our hearts’ [II. Cor. 1, 21-2]. He gave her the Spirit.

Then He said, ‘Didn’t I place you in Paradise?’ ‘Yes, you did’. ‘And how did you fall from there?’ ‘The devil came and took me’. ‘You were planted in Paradise and he had you cast out. Well, I’m planting you within Myself and will hold you. How? He will not dare come to Me. I will not take you to heaven, but, even more than that, I Who am the Lord of heaven will hold you. The shepherd has you and the wolf won’t come again. Or, rather, I’ll allow him to come’. He bears our own nature, the devil comes and is defeated. ‘I have planted you within me’. This is why He says ‘I am the root and you’re the vine’. ‘But I’m sinful and filthy’ she said. ‘Don’t let that bother you. I’m a doctor. I know my own vessel and how it became distorted. It was clay before and was distorted. I’ll remake it in the water of renewal and fire it in the kiln’.

Pay careful attention here. Look what He does. He came to take the harlot but she- and I emphasize this- was wallowing in filth. This is so that you can see the love of the Bridegroom.

Before, she’d been the daughter of demons, a child of the Earth, unworthy of the Earth. Now she became a child of the King, because that’s what He Who loved her wanted. Love doesn’t examine the means. Love doesn’t see ugliness. That’s why it’s called love, because often it loves what’s ugly. This is what Christ did. He saw an ugly woman (because I can’t say she was beautiful), fell in love with her and renewed her, without blemish or wrinkle. Imagine, a Groom Who makes His ugly bride beautiful!

But what beauty are we talking about here? ‘Hearken, daughter, and see and forget your people and your father’s house and the king will desire your beauty’. What beauty? That of the soul. Where from? Because it had been lost… The ugly woman [humankind] heard, and the ugliness of her body wasn’t changed. Say to a sinful woman ‘Hearken’ and, if she does so, see how beautiful she’ll become. The ugliness of the bride wasn’t natural but voluntary (because she wouldn’t listen to God and ignored Him), this is why He gave her a different medicine. You, too, were ugly not by nature, but of your own free will and you’ll become beautiful through your obedience.