Spiritual Insolence and Zealotry: the Extremes that Afflict the Church

‘Elder, how should we handle difficult Church matters when they arise?’

‘Avoid extremes. Issues aren’t resolved through extremes. In the old days, you’d see a grocer adding things gradually to the scales with a scoop, so that he’d get it just right and balance them. In other words, he didn’t heap a lot on all at once, nor did he take a large amount off. The two extremes always afflict the Church and even those who support them are afflicted, because usually the two are at odds with each other. It’s as if one extreme is being held by people possessed, who are spiritually insolent (despising everything) and the other is being grasped by mad people who have childish zeal and are narrow-minded. Spiritually insolent people are never going to agree with childish zealots. They’ll squabble and fight because neither side has divine grace. Then both sides will be at loggerheads all the time- God forbid!- and we’ll never hear the end of it. Anybody who can bring these two extremes together and get them to agree will be rewarded by Christ with two eternal crowns. 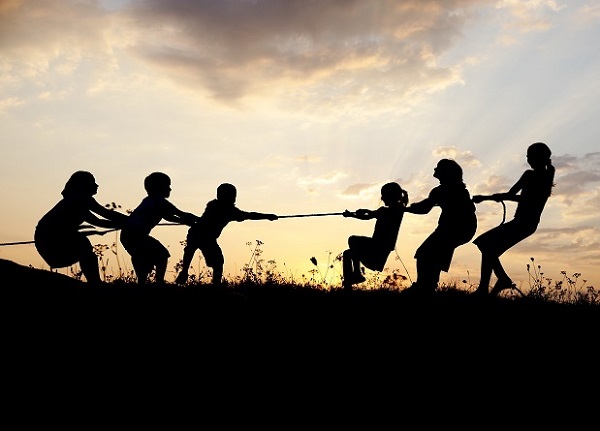 We should be careful not to create issues for the Church, nor to exaggerate any small human foibles, so that we don’t create a greater problem, much to the joy of the evil one. If you get upset over something small and rush off angrily, supposedly to put it to rights, you’re like a feather-brained church warden who sees a candle dripping and charges off to sort it, bumping into people and knocking candle-holders, causing a disturbance while the divine service is going on. Unfortunately, these days we’ve got lots of people who disturb the peace of the Church. Those of them who are educated, see dogma with their minds rather than with the spirit of the Holy Fathers. The ignorant, on the other hand, grind their teeth over dogma, when they’re talking about Church matters and in this way cause more damage to the Church than those who are actively engaged in opposing Orthodoxy. It’s best if the river isn’t too much in spate, because then it carries away logs, rocks and people. But if it’s too stagnant, on the other hand, you get lots of mosquitoes…

And then there are people who are concerned more with criticizing others than they are with the general good. They spend more time watching other people than they do examining themselves. They look at what somebody else says, so that they can then take a stick to them, when, if they themselves had written the self-same thing, they’d support it with quotations for the Scriptures and the Fathers. They do a great deal of harm, because, on the one hand, they’re being unfair to another person, and, on the other, they’re belittling them in the eyes of others. In fact, they often sow doubt in the souls of those who are weaker in the faith, by shocking them. Those who justify their wickedness by their supposed reprimands of others rather than themselves or with their publication of Church affairs- even things that shouldn’t be mentioned- by hiding behind the instruction to ‘tell it to the Church’ [Matth.18, 17] should make a start with their own little church, their family or Association and if they seem to be certain that all’s well there, then they can start making a mockery of our Mother Church. Though I don’t think that good children ever condemn their own mother.

Everybody’s needed in the Church, everybody offers their services, be they mild characters or strict. Just as, for the human body, we need sweet things and sour, even bitter radishes, because they all have their own substances and vitamins, so everyone’s necessary in the body of the Church. Each person complements the nature of the others and we all have to put up with not only the spiritual character of the others but also the weaknesses they have as people. Unfortunately, some people make absurd demands of others. They want everybody to be of the same spiritual constitution and if they’re a little bit lenient or a touch too sharp, they conclude that they’re not spiritual people at all.