Greek Orthodox Education: The Need for an Earnest Introspection

Our history here in Canada spans over a century. We left our homeland, carrying with us the eternal values and ideals of Hellas. We promised to preserve our Hellenic heritage, along with our Orthodox faith. It is useful to pause for a moment and honestly examine the pressing issue of Greek Orthodox education in Canada.

As a rule, our forbearers kept their promises. They remembered and honoured the mother’s farewell curse conveyed by the verse: “But if you deny your country, which everyone adores, may your life be filled, wherever you go, with thorns and weeds.”

So, what has happened in the course of the over one hundred year history of Hellenism in Canada? 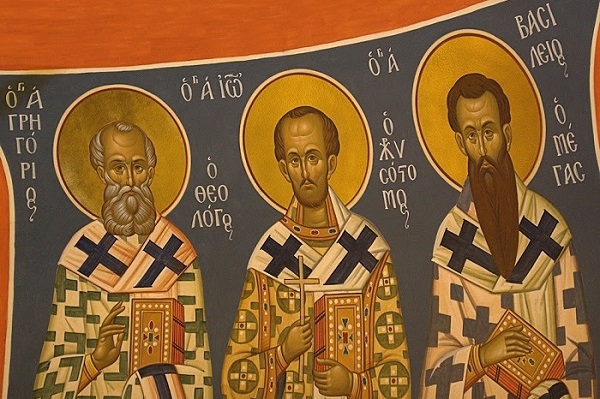 Unfortunately, Hellenic traditions and customs have eroded back in Greece. Many people do not live out their Orthodox faith in their daily lives, if they have not altogether apostasized from the faith. They do not consider Orthodoxy as the path to salvation. Some do not even believe in life after death. Regrettably, the newest immigrants from Greece have imported these ideas with them to Canada.

For the Greek Orthodox community to be preserved in Canada, access to quality Greek Orthodox education is essential. Let us consider, in a sincere manner, what we have done on this front.

Despite the many financial hardships they faced, the first settlers from Greece organized Greek Orthodox schools in Canada. An illustrious example is the “Socrates” Greek Orthodox School in Montreal which was founded at the beginning of the 20th century.

Gradually, the idea of having Greek Orthodox day schools was abandoned. Instead, the after-school and Saturday Greek school programs were promoted as viable alternatives. Yet, the honest truth is that these schools cannot provide our children with a suitable education.

Since neither the Greek Canadian community nor the Greek Orthodox faith can survive without accessible and quality Greek Orthodox education, let us ask ourselves if everyone is doing their part in the promotion of Hellenism and Orthodoxy. I invite everyone to examine their conscience and answer these important questions honestly and responsibly.

Finally, we come to the subject of the teachers. Are there qualified teachers for Greek schools in Canada? Do the few remaining teachers seconded from Greece faithfully work in pursuit of Greek Orthodox education, or are they merely here to earn a second salary? Do our Communities hire teachers who are committed to quality Greek Orthodox education? Do the teachers give their best efforts for Greek Orthodox education? Can they be compared to the teachers in Canadian day schools? Our children – the students – live all day in the Canadian day school system; thus, when they attend Greek school, it is only natural that they compare the quality of both learning experiences. What do they find? Are we making a positive impression? These are the things that those in charge of our Communities, our Priests and all of us must ponder very carefully.

To put the matter succinctly, we can say that in Canada we have two distinct categories of schools: (1) Greek Orthodox day schools and (2) after-school and Saturday Greek school programs. If we examine things sincerely and honestly, we will find that most students of Hellenic background are generally not attending either category of school. Moreover, the pedagogical activities that are being implemented in the after-school and Saturday Greek Orthodox schools are not at the level they should be. What should we do?