Religion / Orthodoxy in the West

Tens of thousands of Greeks, as well as Jews, Armenians and other community groups, participated in the parade on Jean-Talon Street in Montreal. 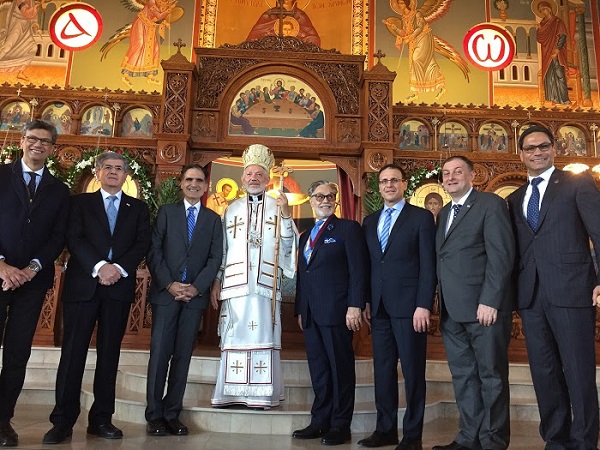 Canada’s Prime Minister, Justin Trudeau, arrived at the beginning of the parade and stayed until the very end, over two hours later. The Prime Minister stood in the center of the platform, flanked on the right by the President of the Hellenic Community of Greater Montreal, Mr. N. Pagonis, and by Metropolitan Sotirios on the left. Next to the Metropolitan was Ambassador Mr. D. Azemopoulos, while the High Commissioner of Cyprus, Mr. P. Anastasiades, stood next to Mr. Pagonis. 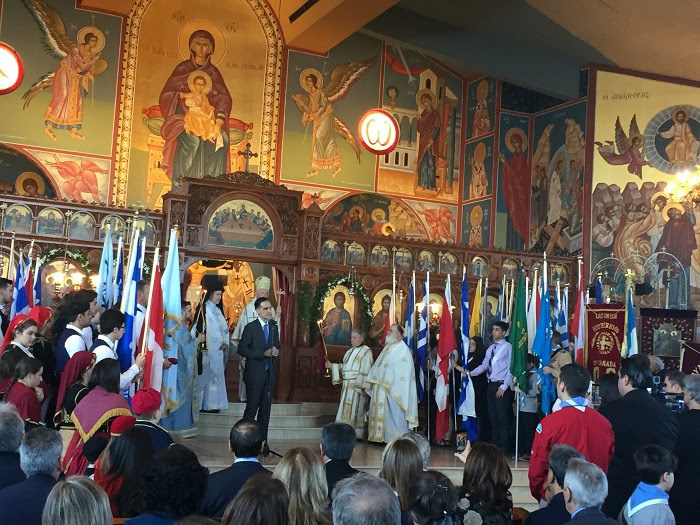 Like every other year, the Montreal parade was flawlessly organized. The thousands of participants cheered enthusiastically, waving many Greek, Canadian and Quebec flags, but also the Vergina Sun (the symbol for Macedonia) and numerous banners proclaiming the Macedonia is Greek. The crowd was in a real frenzy as the officials marched on with the Prime Minister in the center.

We warmly congratulate the President and the Board of Directors of the Hellenic Community of Greater Montreal, as well as all the organizers and participants. 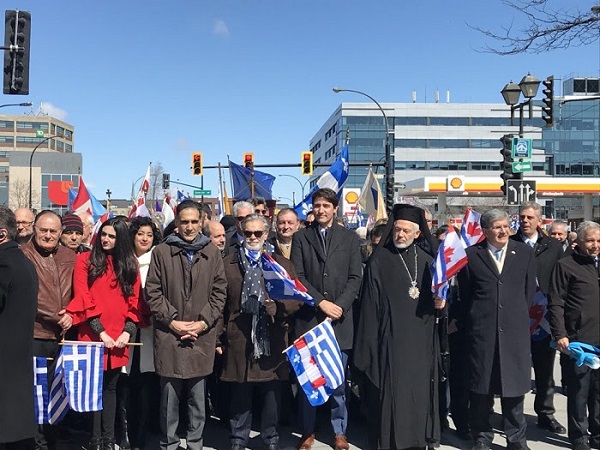 Equally impressive was the parade in Toronto, where Ontario Premier Kathleen Wynne, Opposition Leader Doug Ford and Mayor John Tory were in attendance.

On Friday, March 23rd, Metropolitan Sotirios officiated the Divine Liturgy of the Pre-sanctified Gifts at the Evangelismos Tis Theotokou Greek Orthodox Church in Montreal, along with the Diaconal Ordination of Athanasios Giocas, who is married with three children and holds a doctorate in law and religion. 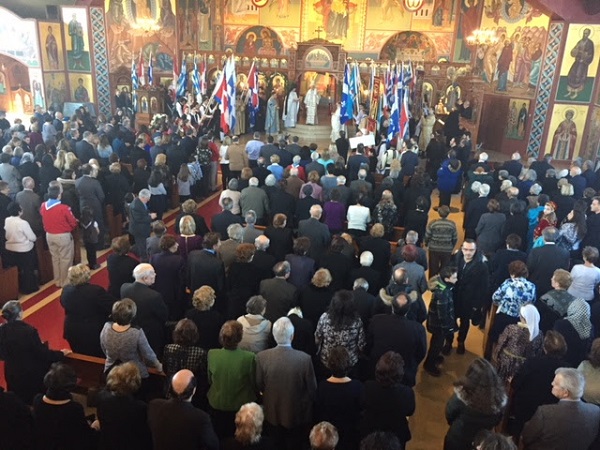 Later in the evening, Metropolitan Sotirios presided over the service of the Akathist Hymn at the Greek Orthodox Church of the Dormition of the Theotokos (Panagitsa), assisted by Fr. N. Papageorgiou.

On Saturday, March 24th, Metropolitan Sotirios officiated the morning Divine Liturgy at Saint Nicholas Greek Orthodox Church in Laval, and the Ordination to the Priesthood of Deacon Athanasios Giocas. 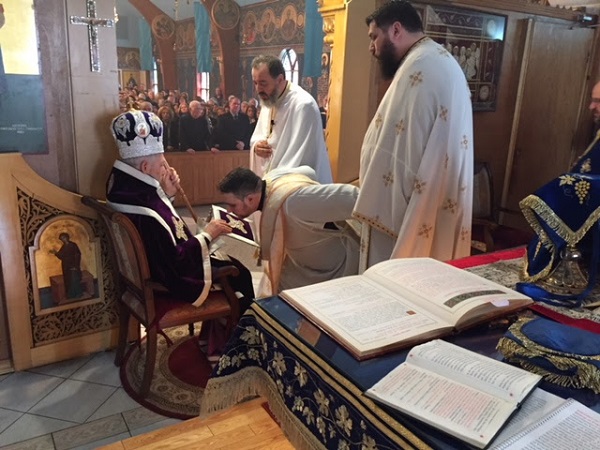 In the evening, Great Vespers was held for the Great Feast of the Annunciation at the celebrating Evangelismos Tis Theotokou Greek Orthodox Church in Montreal, presided by Metropolitan Sotirios and with the participation of all the priests of the area. The large Church, with a seated capacity of at least one thousand, was full. 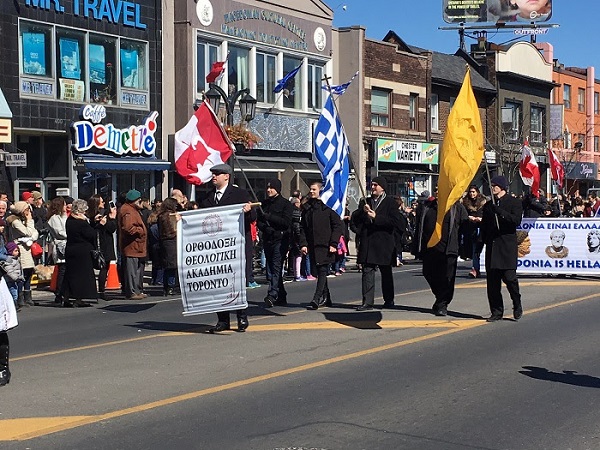 On Sunday, March 25th, Metropolitan Sotirios officiated the Divine Liturgy and Doxology in celebration of Greek Independence Day at the Evangelismos Tis Theotokou Greek Orthodox Church in Montreal. Flag-bearers from schools and various associations filled the immense soleas of the Church (i.e., the elevated walkway running the length of the iconostasis). The traditional greeting from the Greek homeland was delivered by His Excellency the Ambassador of Greece to Canada, Mr. D. Azemopoulos, who spoke in both theological and patriotic terms, arousing a great deal of emotion and enthusiasm on the part of the crowded parish.