The Message of the Cross

In every age, the message of the Cross has sounded strange. In our own era, however, when comfort and prosperity have been raised to god-like status, the message of the Cross isn’t merely absurd but is also irreconcilable with secular reasoning. It’s terrifying for the rules of life, for the ambitions of those engaged in the pursuit of happiness and well-being. Yet the Gospel insists on preaching Christ’s words: ‘Let those who wish to follow me deny their self and let them take up their cross and follow me’. Self-denial and acceptance of the Cross reveal the authenticity of our call and of our destination. While the raucus and facile slogans of the world may initially attract us, in the end they disappoint us, because they deceive us and distort the meaning of life. They reveal the emptiness of all things human, if these aren’t steeped in the spirit of God. 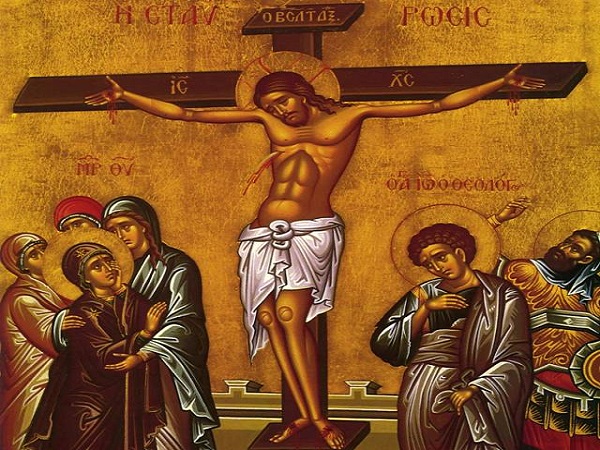 Cross and Self-Denial
The preaching of the Cross sealed by Christ’s saving passion makes the point that ‘those want to save their soul will lose it and those who lose their life for my sake and that of the Gospel will save it’. Here lies the path chosen by God so that He could come among us and that we could go to Him. It’s a path of contradiction. It challenges our reason and challenges us to trust in the truth which God has revealed to us. It’s a harsh path, strenuous and painful, but it ends in our redemption. To deny yourself means that you free yourself of the stranglehold of the ego. I free myself from the absurdity that urges me to promote and elevate myself as an idol around whom I expect my own life and that of those around me to turn. This is self-destructive. Because whenever we’re concerned exclusively with our self and with satisfying our own desires, we can’t feel the needs of others. But in this way we close the door to God and can’t be united with Him.

We shouldn’t forget that self-denial and the acceptance of the Cross with hope and patience allow the faithful to overcome their suffering. As a learned bishop has pointed out, ‘there were three crosses on Golgotha. Two were the end of the road for the two robbers, but the middle one was simply a cross-roads. Because He Who was raised upon it had spent a life of love and truth and, through the Cross, was going towards His Father. But the grace and power of the Cross of Christ influenced and transformed one of the other two crosses, transforming it into a gateway to Paradise through repentance. This is a very substantial comfort to those who today take up the cross of guilt’.

Cross and Salvation
So this is why Christ’s Cross illumines the predicaments and the dark places which so often make us afraid. It frees us from the delusions and the idols which have held us in thrall. It cures us of our passions and the weaknesses which torment and plague us. The pain of the Cross will always be illumined by the joy of the Resurrection. A cross without a resurrection would be a failure and a tragedy, whereas a resurrection without a cross would be a victory without weight or value. The Cross and the Resurrection are intertwined not only in the mystery of our salvation, but also in the life and struggle of the faithful. This is why voluntary acceptance of the Cross isn’t a sick proclivity on the part of people looking for satisfaction in pain. It’s a source of power, which transforms the difficulties and problems of life. This means that, in the struggles and anxieties of life, we may not win every time, but at least we mature spiritually, so that we can withstand temptations and make our way forward..

My friends, the Cross isn’t just the most significant and potent symbol for Christians. It’s not just the expression of struggle and victory, of sacrifice and glory, or life and salvation. ‘The Cross is God’s daily answer to the tragedy and despair of those who are sinning’. It’s the miracle of the love of God, which awaits us patiently, in order to save us. Amen.