The ways of those that remember injuries [lead] to death (Proverbs 12, 28)

According to Saint John of the Ladder, resentment is a poison in the soul, an estrangement from love and a continuous sin. This is why, of all the requests in the Lord’s Prayer, only one is accompanied by a caveat. In order for our own transgressions to be forgiven, the Lord sets the condition what we should forgive those who’ve wronged us. In other words, if you don’t forgive, you’re not forgiven. Forgiving somebody means placing between me and my ‘enemy’ the radiant forgiveness of God Himself. According to Saint John Chrysostom, the Lord gives us the opportunity to be cleansed of our sins even after baptism, on this condition. So it depends on us: the attitude we maintain on the matter of forgiveness towards our neighbour will also be the criterion for our own forgiveness by God. 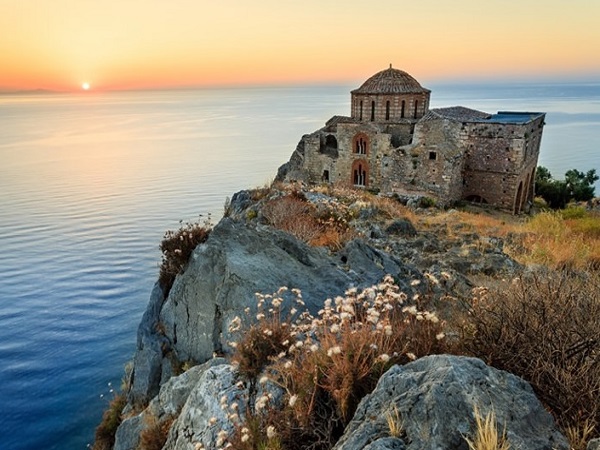 This condition, which can lead us to Paradise, was the crown of martyrdom for a Saint. By forgiving his best friend, Saint Nikiforos, whom we celebrate on 9 February, attained the Kingdom of Heaven. Saint Nikiforos was a friend of Sapricius, a priest from Antioch. Their friendship was so strong that the devil hated it and sowed the seeds of discord between them. As a genuine Christian, Saint Nikiforos realized that the devil was at work and attempted a reconciliation. He kept sending intermediaries but without success. So he decided to go and see him personally in the hope of softening his heart, in the hope that he’d remember their former love. He knelt before him and begged forgiveness, but Sapricius turned his face away. At that time, Julian the Apostate ascended the throne and, with his brother, Gallus, renewed the persecutions of the Christians, with the result that Sapricius was brought before the governor and his faith in Christ was tested. He was subjected to torture, but, by God’s grace, he survived and then it was decided that he should be beheaded.

Saint Nikiforos didn’t wish to be unforgiven by his friend and so, as the latter was going towards his martyrdom, he again fell at his feet, with tears in his eyes, and asked to be forgiven, for the sake of the friendship and love they’d shared, and not to be deprived of eternal bliss. To no avail. Sapricius again turned his face away. Again Saint Nikiforos begged forgiveness, fearful of what they’d say to defend themselves before Christ for their enmity, but Sapricius turned a deaf ear to such great humility. They reached the place of execution, but Divine Grace had abandoned Sapricius because of his resentment and so he denied Christ the Lord. Nikiforos, however, told him to recall his endurance under torture, the priesthood with which he’d been honoured, and not to be a coward, not to deny Christ.. Again nothing. All Nikiforos’ efforts were in vain; Sapricius’ heart had become a stone. Nikiforos then went to the block himself, bent his neck and asked for the sword, telling the executioners to behead him instead of Sapricius. On the governor’s command, they beheaded him and in this way he triumphed over resentment.

The struggle against resentment has to be on-going, as was that of Saint Nikiforos, because, according to Saint Makarios Notaras, love is the fulfilment of the law, whereas resentment and hatred are the negation and betrayal of the whole of the law and of all virtue. We’re as naked as Adam, says Saint Ambrose of Milan. We borrowed from the devil something we didn’t need and from being free ‘in Christ’, as we were, we’re now in thrall to the devil. The devil held our promissory note, but the Lord nailed it to the Cross and nullified it with His blood, paying off the debt and setting us free. We often ask how we can forgive others when they tell lies about us, curse us and hurt us. But there’s no limit to love. This was Christ’s reply to Peter when he asked: ‘Lord, how many times must I forgive my brother when he sins against me? Up to seven times?’ ‘I say to you, not seven times, but seventy times seven’. This was to show him that there’s no limit, no measure. How many sins and mistakes of our own do we ask forgiveness for? They’re continuous, never-ending and since we ask God to forgive us for whatever we’ve done, we should do the same for other people. We should learn from the example of Saint Dionysios of Zakynthos, who forgave his brother’s murderer and helped him escape.

According to Saint Nikodimos the Athonite, in order to overcome resentment and to love and pray for our neighbour, all we need is to see the Lord, just once, nailed to the Cross and bloodied, crying out with the crown of thorns on His head, His face dishonoured and spat upon, asking His Father, through swollen lips, to forgive His crucifiers, even though He could have ordered the earth to swallow them up in the blink of an eye.

We’re getting closer to Easter, so let us hang on to that forgiveness we asked of each other on the evening of Cheese-fare Sunday, at the first Vespers of Compunction and may we all progress towards Holy and Great Week when the Lord, on the Cross on the evening of Great Friday, will remind us that He’s expunged the debt in which the devil had trapped us. By His forgiveness of those who crucified Him, He’s shown us the path to Paradise.