The Characteristic Attributes of the Orthodox Ethos

The watchword for the Orthodox faithful is ‘Christ is all and is in all’ (Col. 3, 11), that is unless every aspect of our life is steeped in Christ, then it’s divided in an unacceptable manner into religious and non-religious. Such a disjunction exists in pagan religions. Religiosity is only life at the time of the altar, the sacrifice, the worship of the god. This religiosity is one facet of their life-style. The rest of their way of life, individual and social, is separate. Their way of life can therefore be divided into religious or non-religious, just as today the lives of people who hold public office are divided into public and private.

This division leads to a notion of ‘religious duties’, that is obligations to the divine element, which are unrelated to obligations to other people. This fragmented, deconstructed religiosity creates formalists, who believe that the religious life has to do only with the temple, not the home, or the workplace, the market, the law courts, the bed of sickness, the prisoner’s cell and so on. The Orthodox religious ethos, on the other hand, is the ‘deification’ of the whole of our life, the sanctification of all of its facets and their embellishment under the renovating influence of Christ, in the light of heaven. 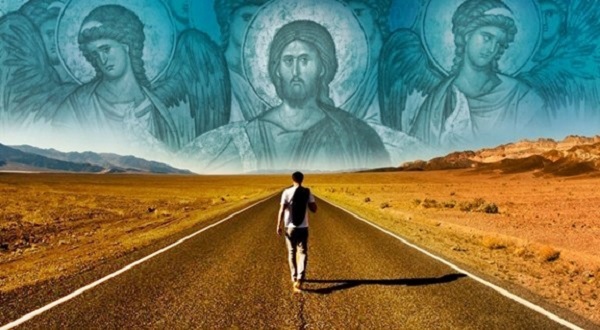 To achieve this, we require constant study, unceasing prayer and the life of the sacraments. The first name for Christians was ‘disciple’ [discipulus=student]. Orthodox believers today should also be disciples, seeking to illumine their daily problems through study of the word of God and patristic thought. In particular, prayer should galvanize all aspects of our life.

The divine grace given to us through the sacraments should fortify us every day so that we really do become the ‘salt of the earth’ and ‘the light of the world’. It’s not possible to envisage real Christians who don’t try to become adorned with virtue. If nothing other than, for example, the virtue of justice and integrity. This ought to impinge on all our relationships and interactions. We should all hunger and thirst for righteousness, not only in the technical sense, but also in the particular meaning of submission to justice, to the laws of the state.

People who are fragmented in spiritual terms ‘are not particularly bothered about whether they’re in agreement with the laws of the state. They consider the state to be something outside their religious life-style and therefore outside their respect. Of course, they observe the laws which are aimed at upholding the Ten Commandments, but they aren’t particularly engaged with other laws, such as taxation or administration…Integrity and diligence are lacking, sometimes to an extent ‘that even pagans do not tolerate’. Professional conscience, in the sense that Christians should give as much and as well as they can to their work, is not highly-developed and, again, is overshadowed by concern over dill and cumin, which has to do with prayer and the conscience [1].

Then, what shall we say about the virtue of love? The history of Christianity on this subject is most enlightening. This virtue is the distinctive feature of Orthodox Christians throughout all the centuries. From ancient times, many Christians ‘surrendered themselves to servitude and, taking their wealth, fed others’ [2]. Often, Christians ‘would make available money accumulated through honest work, using it to buy [the freedom] of the saints, rescuing slaves and prisoners, captives, the oppressed, the condemned and so on’ [3]. When, for example, at the time of Maximian, there was an outbreak of plague and famine, it was only the Christians who provided loving care, indiscriminately, to all those who were suffering, to such an extent that the pagans themselves glorified the God of the Christians.

So does our heart burn with the love of Basil the Great, John Chrysostom, John the Merciful, Saint Theodosios, Efraim the Syrian, Saint Olympiada, Saint Filothei and the other heroes and heroines of the Orthodox faith and life? Or do we restrict the Orthodox outlook to quarrelling over differences in conventional topics of no substance? We cannot be genuine Orthodox believers if we tolerate the plight of under-nourished children and all other manner of unfortunates in our vicinity. It’s not possible that we should rest easy when others are living so far from Christ, reaping decay and corruption while we’re indifferent to them. ‘Whoever does not love does not know God, because God is love… Whoever claims to love God yet hates a brother or sister is a liar. For whoever does not love their brother and sister, whom they have seen, cannot love God, whom they have not seen’ [4].

Orthodox Christians are socially well-adjusted people, with Christian bravery and modest boldness. They aren’t strangers to society. They have feelings of love for it. When the time comes for fearless and courageous Christian confession, they don’t regard society with a sense of defeat and a feeling of inferiority. They aren’t ashamed of the Gospel before society, but want to show it the power of the Gospel. They feel a responsibility of ‘leadership’ for the path which society is to follow.

We should all remember that the main attributes of the Orthodox ethos are a life centred on Christ and our spiritual rebirth. We owe it to ourselves, to our neighbour and to God to live with faith, love and hope.