2. His zeal
The Elder was a phenomenon as regards his conscious zeal, as the reader will easily recognize. It was imprinted on all areas of his activities and service, as also in his internal diligence. He demonstrated his unremitting zeal as a monk of the Monastery of Stavrovouni, in the brotherhood of the great hesychast [Elder Iosif], in the public affairs of New Skete, in Minthi, Koutloumousi and Vatopaidi. It was always intense: in times of calm, in persecutions, in his youth and in his old age. The most amazing thing is that, as soon as he recovered from the heart attack which brought him to death’s door, he immediately found his rhythm again. With this unrelenting zeal, he inspired his brotherhood and all those in any way linked to him in the struggle to find the best use of their time, in Christ.

He had no tolerance for time-wasting and pointless things. As regards zeal, the blessed Elder Efraim Katounakiotis, with whom Elder Iosif had a profound bond and whose important letters you will be able to read, often said: ‘At the beginning, a monk has zeal the size of Athos and, at the end, what remains is like a hazel-nut’. This is why Elder Iosif was phenomenal in the matter of zeal. 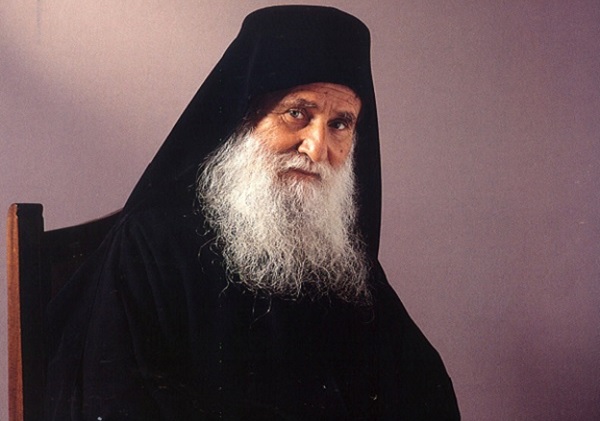 3. What the Ecumenical Patriarch writes in his dignified letter concerning the Elder’s healthy ecclesiastical outlook is demonstrated by the proof presented by the holy Abbot in the relevant chapters. That is, in the matters of his unjust mistreatment in Cyprus and his rejuvenation of the Holy Monasteries of Koutloumousi and Vatopaidi. The respect for his person which was harboured by both the late Patriarch Dimitrios and, especially, by His All-Holiness Bartholomew who officially and in writing confessed that he had ‘special perception’ and ‘personal experience’, certainly had to do with the inner workings of the Holy Spirit, which had a great effect on the renewal of Vatopaidi.

On the basis of written testimony, the author most astutely demonstrates the Elder’s ecclesiastical ethos when he responded to a call from the Church of his homeland, Cyprus. Both as regards the foundation of a Monastery as well as talks he gave in many different places, he did not act of his own accord; he acted in obedience to the bishop. When he had an invitation to give a talk, he always sought canonical permission from the bishop in whose jurisdiction it was to take place. But his healthy ecclesiastical attitude was written in blood at difficult times. When, for the sake of the peace and unity of the Church, he left matters to God [8] and, humbled and in silence, voluntarily allowed himself to be trampled upon. After this he left, always placing his trust in divine providence.

Within the framework of his ecclesiastical outlook, he never interfered in the task of confessors, but reinforced them. Indeed, he brought many souls to the confessionals, in order for them to bring their lives to church. His innumerable letters to many people of all ages were aimed at fortifying their life in Christ. Were it possible to gather them all together, they would fill dozens of volumes. Through these he proved to be the greatest letter-writer among blessed contemporary figures and a tireless teacher of the pastoral theology of the person. His enormous output, which took away thousands of hours from his nightly rest, as well as the length of time he devoted to each person when he met them, recalls the words of Saint Paul: ‘night and day, with tears, I did not cease to exhort each of you’[9].