Non-Gender and One-Gender in the Gnostic Gospels (2)

The Fathers of our Church, such as Saint Epifanios of Cyprus, Saint Irenaeus of Lyon, Saint Hippolytus of Rome, Clement the Alexandrian et al., refused to accept the above anthropological and soteriological model, as projected by the Gnostics, because it was diametrically opposed to Biblical anthropology and thus removed the possibility of our salvation. Essentially it led to a misrepresentation of the Gospel message regarding our nature, our beginnings, our destination, the manner in which we should live our lives to the full, our spiritual development and progress and, in the end, the possibility of our salvation. 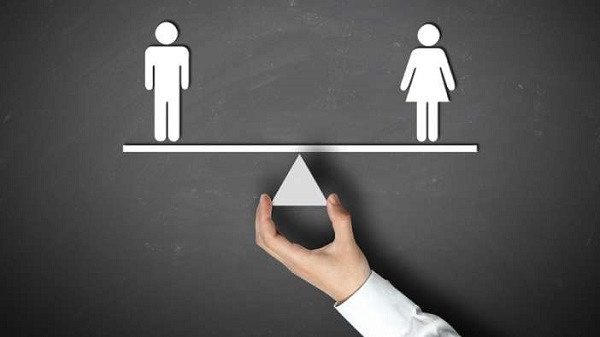 Although both ancient Gnosticism and modern views on gender and the removal of the distinction between the sexes begin from different theoretical standpoints, they converge on one basic issue: the human body is, by nature, imperfect, ‘at fault’, and must either be corrected or discarded. Just as the Gnostics identified the true and authentic person only with their spiritual element, in the same way, modern theories about gender identities think that the body and the sex it bears are of secondary importance to self-awareness and self-verification. This conclusion is drawn from the fact that adherents of this view consider that biological sex is not the same as social gender. They believe that we should overlook people’s biological sex, the sex they objectively belong to and which is obvious and self-evident, and that we should take into consideration only what we think we are, the gender to which we think we belong. They make the claim that the body may express the fact that they belong to the wrong gender. Therefore, according to them, priority should be given exclusively to self-awareness and self-verification, to gender identity, as this is shaped, rather than to biological characteristics. Often, however, this self-verification does not conform to biological reality. His Eminence Metropolitan Nikolaos of Mesogaia and Lavreotiki notes that this is an obsession, a fixation, whereby a thought enters a person’s mind that they are something other than what they really are. Moreover, His Eminence Metropolitan Chrysostomos of Messinia notes that this represents a disparity between our nature and will; it is an unnatural delusion, since we cannot wish to be other than our physical nature. Just as the Gnostics promoted the state of one-genderism as the ideal, in the same way, modern theories on gender are projecting a state of ontological confusion between the sexes. Through their ideas, the Gnostics condemned marriage and procreation and, in like manner, modern gender theories also deny marriage and procreation.

It is curious that, while we live in a materialistic world, in which material pleasure has become our greatest concern, we also have this rejection and abolition of our material persona, of the body and the sex it bears. It is, indeed, incongruous that it is sometimes claimed that Orthodox theology is supposedly negative towards the body and its features. As His Beatitude Ieronymos, Archbishop of Athens and All Greece remarks: ‘It is most strange that people who define themselves as progressives and liberals, who accuse the Church of rejecting and disparaging human corporeality, should promote a human “self” that is independent of the body’. The negative Orthodox stance towards gender theories is actually unavoidable, because of the sanctity and value our theology places on the body and its characteristics as a creation of God. As Saint John the Damascan says, at our creation, there is no chronological precedence of the soul as opposed to the body: ‘Body and soul are created at the same time, not first one and then the other’. Besides, the Fathers’ rejection of Gnosticism proves that our theology takes a positive attitude to the material body, as a valuable work of God. As Saint Epifanios notes, neither our bodies nor their characteristic elements are bad in themselves, but, rather, wickedness takes shape through our actions. God created the world and so everything is ‘very good’ (Gen. 1, 31). Evil is not to be identified with the body but lies in our mind, our will, because of the misuse or incorrect use of either our body or soul. Unlike the Gnostics, who attributed the Creation to a demiurge inferior to God, Saint Irenaeus considers it to be the work of the Father, through the Son and the Holy Spirit. Nothing in creation is wicked by nature. The presence of evil is not due to any pre-eternal opposition between body and spirit, as the Gnostics would have it, but to the victory gained by God’s enemy, the devil, against humankind, through sin. This is what destroyed the harmonious relations between us and God.