Non-Gender and One-Gender in the Gnostic Gospels

The state of one-genderism is described in the Gnostic Gospel of Thomas, where, in answer to a question from His disciples regarding the way to enter the Kingdom of God and our salvation, Jesus answers: ‘When you make the two one, the inside like the outside and the outside like the inside, the top like the bottom, that is it. And when you make male and female to be one and the same, so that the male is not male and the female is no longer female… then you will enter into the Kingdom of Heaven’. Moreover, at a different point in this same Gospel, it is emphasized that a fundamental condition for a woman to enter the Kingdom of Heaven is that she should change sex and become a man. Peter is presented as claiming that Mary Magdalene should not be admitted into the circle of Christ’s disciples and Jesus answers: ‘Well, I’ll attract her until she becomes a man so that she, too, can become living spirit, as you men are, because every woman who becomes a man will enter the Kingdom of Heaven’.

In the Gnostic Gospel of Philip, too, the state of ontological separation of the two sexes is an aberration of the ideal spiritual state and an entry into the kingdom of death. This ontological division into two sexes is repaired by Christ, Who, in this way, offers salvation and redemption from death.

In the Gospel of the Egyptians, Salome asks Jesus when salvation will come and death be abolished, to which He replies: ‘When you tread upon the garment of shame and when the two become one, the male with the female, neither male nor female’. Moreover, Epifanios of Cyprus describes a vision in which he saw Quintilia (or, Priscilla) of the Quintilian Gnostic heresy, according to which he saw Jesus in the form of a woman revealing to her the image of heavenly and spiritual Jerusalem.

From what we have mentioned above, we may conclude that the eschatological expectation in Gnosticism is the abolition of the separation between men and women, which was imposed by the wicked demiurge, called the ‘prince of darkness’ by the Manichaeans, and creator of the material body. People are called upon to become either a single, unified being, in which both the female and male will exist, as we noted above, or a sexless being, a state in which they will either be in the state of infants, who are not aware of belonging to a sex (as is taught in the Gospel of Thomas) or they would jump over to the opposite sex (as was the case with Mary Magdalene), in this way resembling Jesus, Who appeared in the female form of Quintilia, so that she could enter the Kingdom of Heaven. 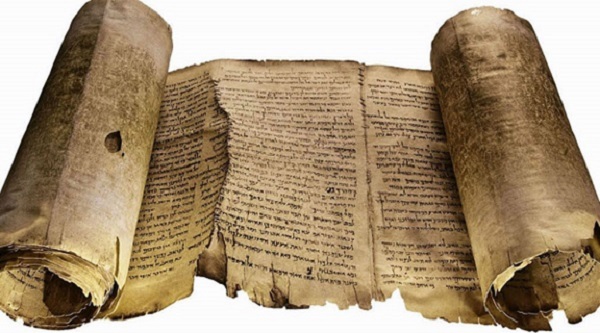 According to the Gnostics, this ideal, the return to the state one one-gender or non-gender, is achieved in two ways: either through the abuse of sex through moral delinquency, as was proposed by libertine Gnostics, or with the abandonment of sex through extreme asceticism and abstinence from reproductive relations, as propounded by abstemious Gnostics. According to Gnosticism, earthly copies of celestial archetypes should be depicted as a union of opposites, either through bodily conjoining, as among the libertine Gnostics, or spiritual union, as among the strict Abstainers.

The Gnostic Gospel of Philip mentions that Jesus founded five sacraments: ‘baptism, chrismation, the Eucharist, redemption, and the holy bridal chamber’. We don’t know what exactly this ‘holy bridal chamber’ was that is mentioned. It may have been an expression denoting the allegorical and mystical union of the soul with the spiritual world, or have meant an actual union of a man and woman through a sexual ritual, the purpose of which would have been to transcend duality and achieve the unity of opposites- male and female- which is what took place in the libertine Gnostic groups. Besides, and again according to the Gnostic Gospel of Philip, those who were united in the holy bridal chamber would triumph over death. It was one of Christ’s tasks, in order precisely to restore the unity between the two sexes. So the lifting of the distinction between male and female was an act of salvation, a return to our original non-genderism or one-genderism.